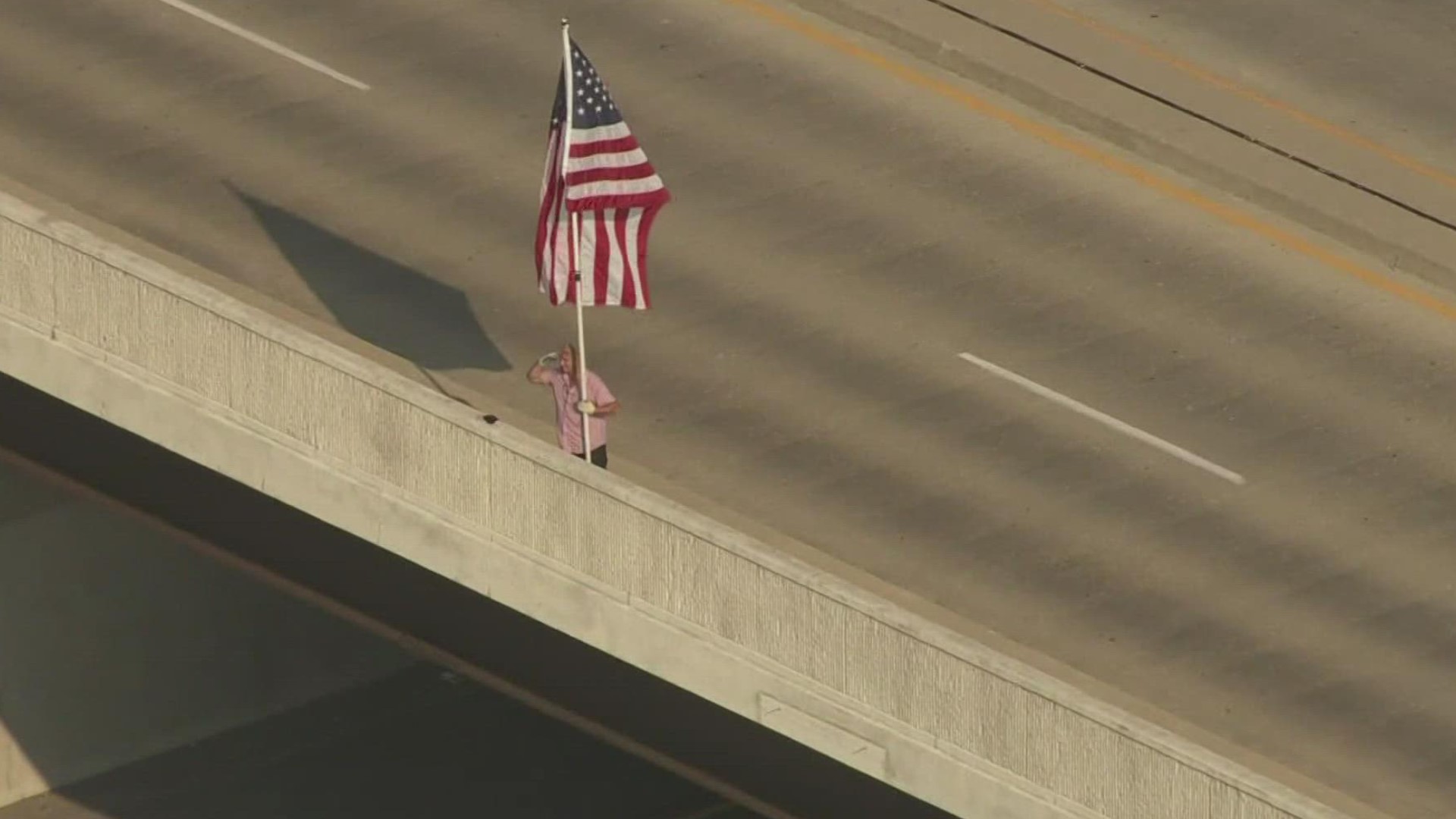 INDIANAPOLIS — James Clark has been a fixture on the overpass of Interstate 465 on the city's northwest side. Every year on Sept. 11, he holds a giant American flag for 12 hours in honor of the nearly 3,000 lives lost 20 years ago.

“The imagery of the flag to me is not just the beautiful waving effect that we get that national pride over," Clark said. "I think it means a lot of things to a lot of different people. To me, it meant our collective strength and what we are as a nation and what we aspire to be.”

Saturday will be his 18th year honoring the victims in the attack.

“There were thousands of acts of kindness and love and bravery focused on stranger to stranger. People that had never met before but were willing to give up their lives in a way that inspires me and is the absolute best of who we are as a nation," Clark said. "I’m moved, and I want to be the messenger that shines a bright light on that every year.”

Credit: WTHR
On Sept. 11, James Clark waves an American flag along 56th Street at the I-465 overpass on the city's northwest side for 12 hours.

RELATED: Members of Indiana Task Force One reflect on their time at Ground Zero 20 years after 9/11 terrorist attacks

Clark had to miss last year's anniversary after undergoing surgery to remove a cancerous mass. It's the only time he has not been on the overpass of 56th Street and I-465 on the anniversary the attacks.

“This year will be more challenging than most physically, but I am re-energized every time someone tells me a story - a personal story - of pain and loss," Clark said. "It’s hard to think about yourself and your own pain when you’re feeling that from someone else’s point of view, their perspective.”

Clark says after his 18th year honoring victims of the Sept. 11, 2001 attack, he would be open to a change.

“I would like to pass the baton on to someone else who feels the same way and has the same energy and compassion for the United States that I do," Clark said.