Younger patients are getting colon cancer

Young-onset is now 10 percent of all colon cancer cases. 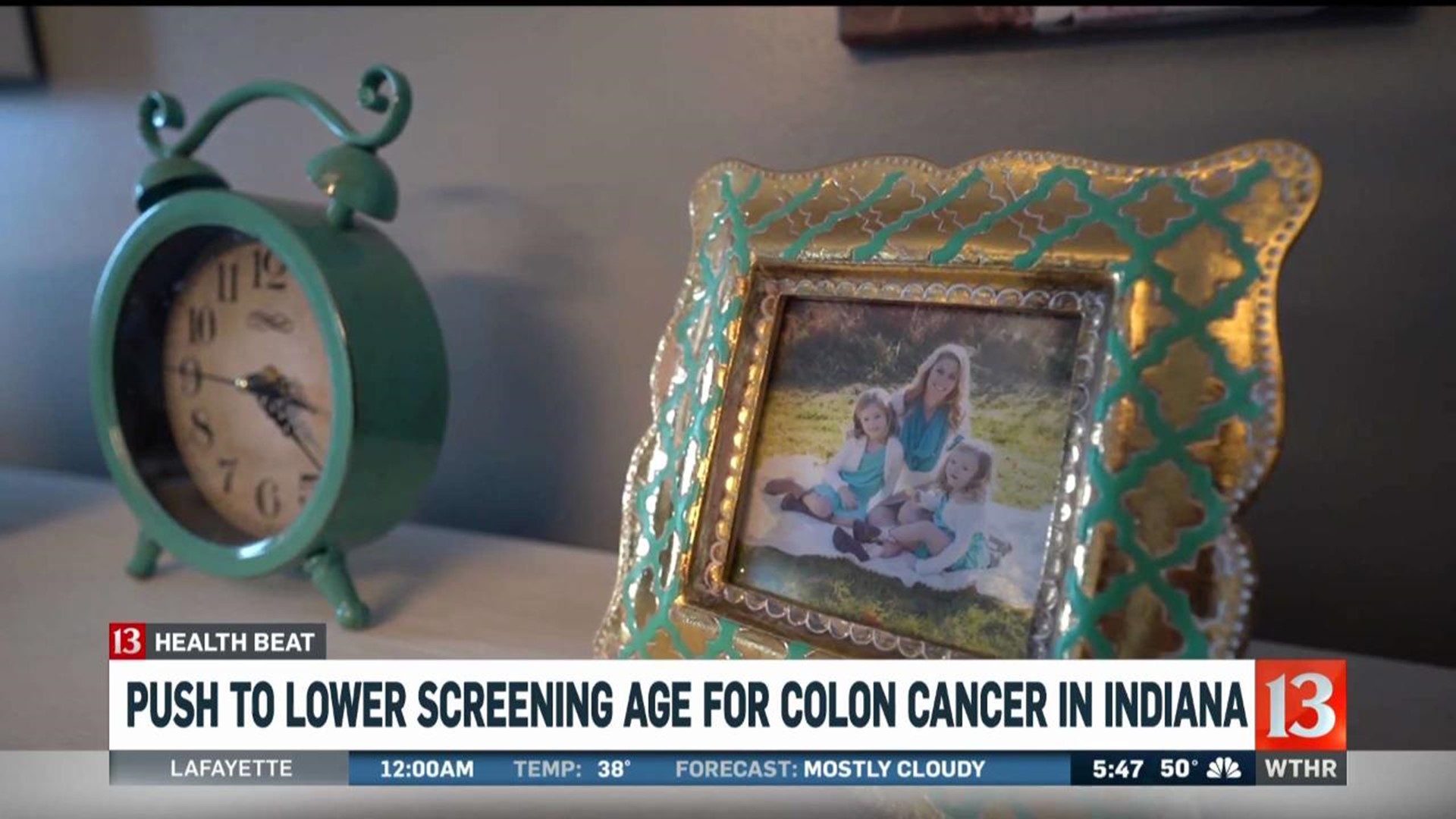 Kiley Holman of Noblesville was diagnosed with Stage 4 colon cancer at age 40.

Andrea Bauer of Greenwood was 35 when she was diagnosed with stage 3 colon cancer.

They represent a trend nationwide: younger people with colon cancer. The latest figures indicate an alarming 51 percent increase in cases in people under 50 since 1994.

"You are never too young for this disease. This was unheard of five, 10 years ago," Bauer said.

Young-onset is now 10 percent of all colon cancer cases and because it's often unexpected when it's found, it's had time to grow and spread.

According to the ACS, people younger than 55 are 58 percent more likely to be diagnosed with late-stage disease than older people. Researchers said it's "largely due to delayed follow-up of symptoms, sometimes for years, because cancer is typically not on the radar of young adults or their providers."

Holman has no family history and no risk factors. She had blood in her stool for six months before doctors ordered a colonoscopy. Holman, a single mother of two daughters, was told her prognosis is not promising.

"You are never too young for the disease."

Holman said her doctor told her: "You've have two to five years to live or a 10 percent chance of living five years, and you will be doing chemo from here until then."

Holman researched alternative treatments, had part of her liver removed and receives chemotherapy through in implanted pump. She is hopeful this combination leads to a cure and at the least, more time.

In an effort to catch these cancers earlier, the American Cancer Society in 2018 revised its guidelines to lowers the baseline screening age from 50 to 45. The gold standard is a colonoscopy where polyps can be removed years before they become cancer. Tests of stool samples can also flag an issue.

But even when people are eligible, the Colorectal Cancer Alliance said one in three people are not getting screening. Common barriers include fear of the prep, the screening, the cost and the time.

"I think this is the stigma of this is a crappy test, literally" Burrows said.

To catch cases sooner, 13 states have lowered the screening age to 45 for average risk patients in sync with American Cancer Society guidelines. If Indiana House Bill 1080 sponsored by Representative Brad Barrett MD is approved this session, Indiana would the 14th.

While a colonoscopy is the gold standard screening, issues may also be detected with stool-based kits that test your blood and or your DNA risk. There is also CT scanning. In HB 1080, This type of screening isn't mandated.

"We are getting our foot in the door with this and I expect then to increase the coverage over the next one to two years in reality. This doesn't dictate or direct how it's done," Indiana Representative Bradford Barrett MD said. "It still leaves that to the discretion of the physician."

Barrett expects the measure will progress and arrive on Governor Eric Holcomb's desk soon and with his signature, be effective July 1, 2020.

The American Cancer Society recommends screening at age 45, or earlier for someone at high risk.

Because the majority of patients are symptomatic at diagnosis, but have no family history, being aware of the symptoms is the best way to combat young-onset colorectal cancer. Symptoms include: