What is CTE and how does football increase the risk? 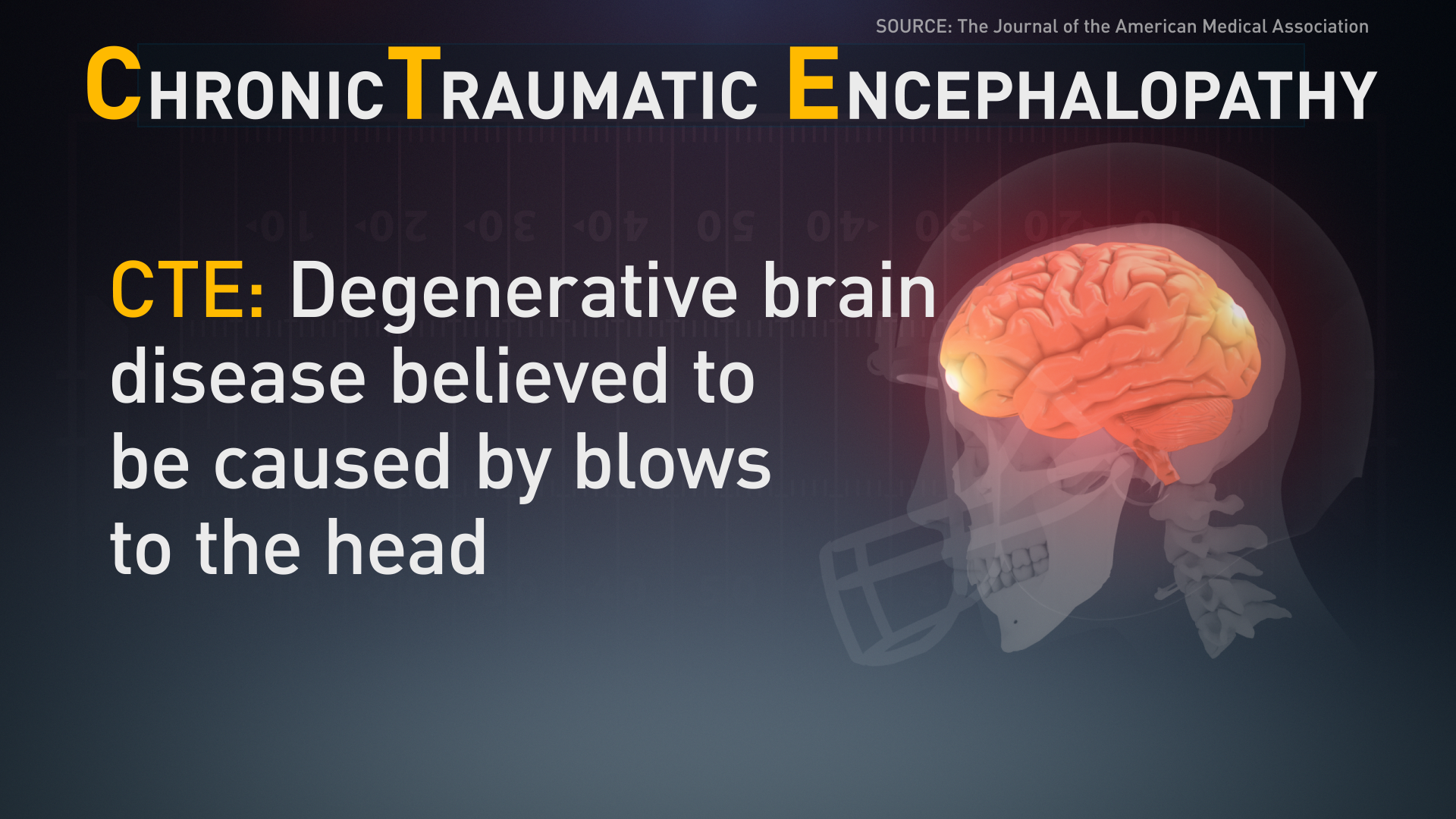 INDIANAPOLIS — Watch 13News tonight at 11 p.m. as a concerned mom shares the decision she made make to remove her son from football and what impact that had.

"You can't get a new brain; You can't fix the brain," Roxie Crawford said. "Why gamble?"

CTE is a degenerative brain condition. It's most commonly linked to professional football players like Aaron Hernandez, Frank Gifford and Junior Seau. The acronym CTE stands for Chronic Traumatic Encephalopathy — a progressive brain disease found in people who have experienced repeated head trauma and concussions.

Right now, the diagnosis is made after studying the brain after death. While symptoms commonly develop in patients in their 40s or 50s, they can present as early as the 20s. The repeated trauma over time triggers an accumulation of a protein called tau.

In a groundbreaking LEGEND study, Boston University researchers quantify that each year of playing tackle football increases the odds of developing CTE by 30 percent, and that risk doubles for every 2.6 years of play as reported in Annals of Neurology.

You can calculate your risk with this calculator.

It's important to know the injuries can be the result of sports like soccer, rugby, boxing, hockey, military exposure, or even domestic violence.

Six years before the LEGEND study was published in 2019, a mother in Westfield was concerned about her son's risk of playing football. Roxie Crawford searched online to learn about what happens to a brain after repeated injury.  At the time, Crawford was caring for her mother with Alzheimer's. Seeing what happens when the brain misfires coupled with her research was compelling enough for Crawford to act and pull her son from the football team.

The decision caused a rift within her family and her community.

Tonight at 11 p.m., she and her son share the impact of that decision.