Multi-system inflammatory syndrome can show up in children weeks after they’ve had COVID-19. 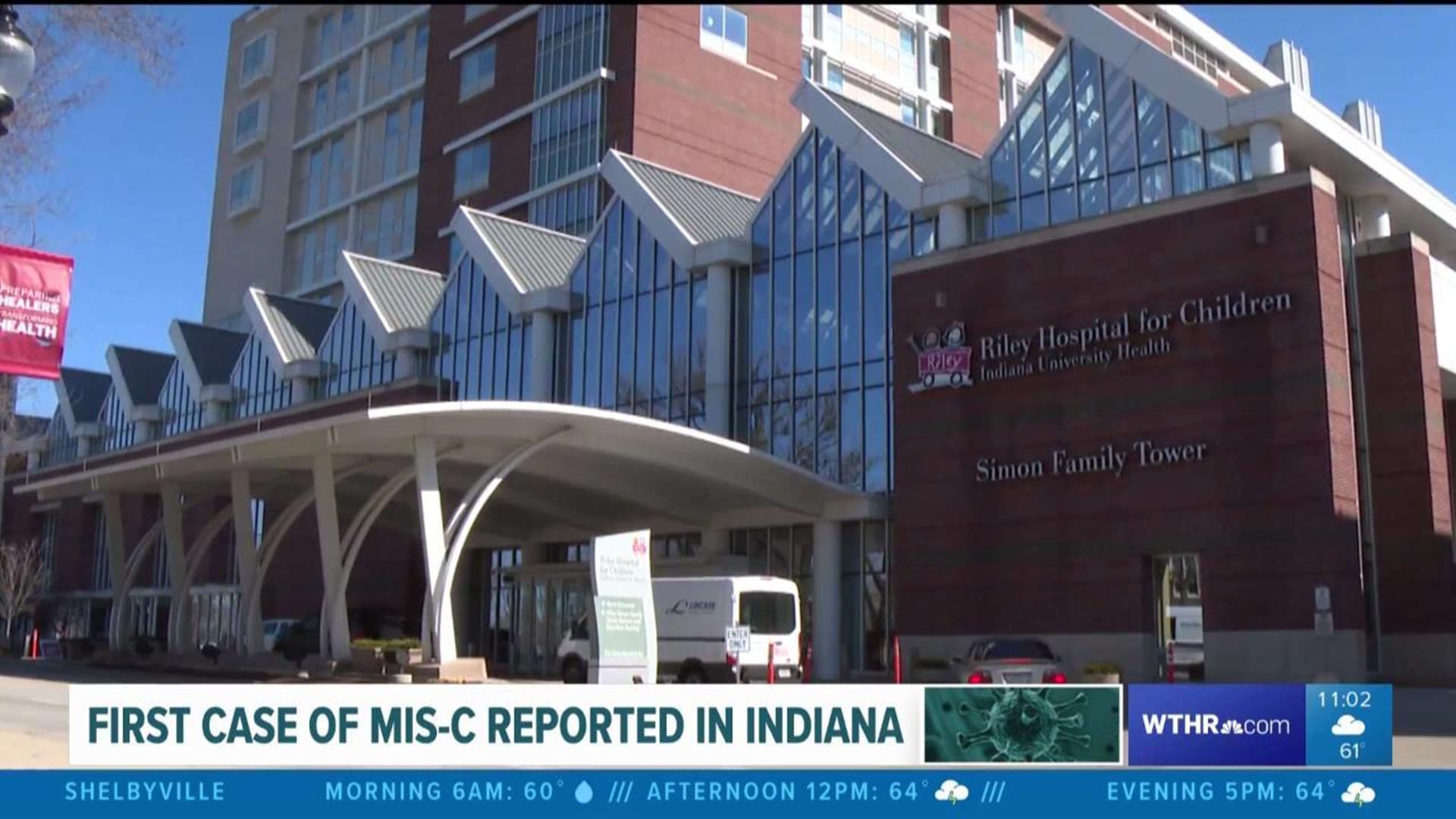 INDIANAPOLIS (WTHR) — The Indiana State Department of Health announced Monday the state had its first confirmed case of multi-system inflammatory syndrome. The disease is connected to COVID-19.

Friday, Riley Hospital for Children confirmed doctors there had treated a total of four patients for the illness so far.

According to Dr. John Christenson, the medical director of infection prevention at Riley Hospital for Children at IU Health, the patient from the first case is an older child who first ended up in the intensive care unit at Riley. Christenson said the child has since been moved out of ICU and is continuing to get better.

Riley Hospital did not share any other details about the additional three children.

Multi-system inflammatory syndrome can show up in children weeks after they've had COVID-19.

"This is something we're starting to see around the world, especially in New York City, which has reported greater than 150 cases in the United Kingdom, and now multiple states here in the United States," said Indiana State Health Commissioner Dr. Kristina Box at Monday’s press briefing. "This is a very serious condition which is similar to what we call Kawasaki disease."

Like Kawasaki disease, named for the Japanese doctor who first described it in the 1950s, this condition involves the inflammation of several organs.

"It's a serious problem — no question about it. Some children have gotten really sick with this condition and some children have died of it," said Christenson, explaining that while they see about 25 patients a year with Kawasaki disease at Riley, multi-system inflammatory syndrome is much rarer.

"This is not something that even if you've had COVID, it doesn't mean that it's going to occur," Christenson added.

Still, Christenson said it's important for parents to be aware of the symptoms, even if their child never showed any signs of the COVID-19 infection.

"It's very important to keep an eye on any abdominal pain, belly pain that is very abnormal, vomiting and respiratory problems and they've had fever that are not controlled by Tylenol or some other medication,” Christenson explained, saying the child in the current case at Riley showed some inflammation.

"They have some inflammation involving their heart, but there was no strokes. There was no heart attack. Some of these children develop respiratory difficulties and the child had that," Christenson said, adding the good news was that the first patient at Riley responded to treatment to reduce the inflammation.

And while Christenson said Indiana could see more kids develop the same condition with more cases of COVID-19, his bigger concern is infected kids that could spread COVID-19 to adults.

The Indiana State Department of Health is asking hospitals to report suspected cases of this syndrome as they learn more about COVID-19 and how it might be impacting younger patients.