Trump names Pence to lead US response to coronavirus threat 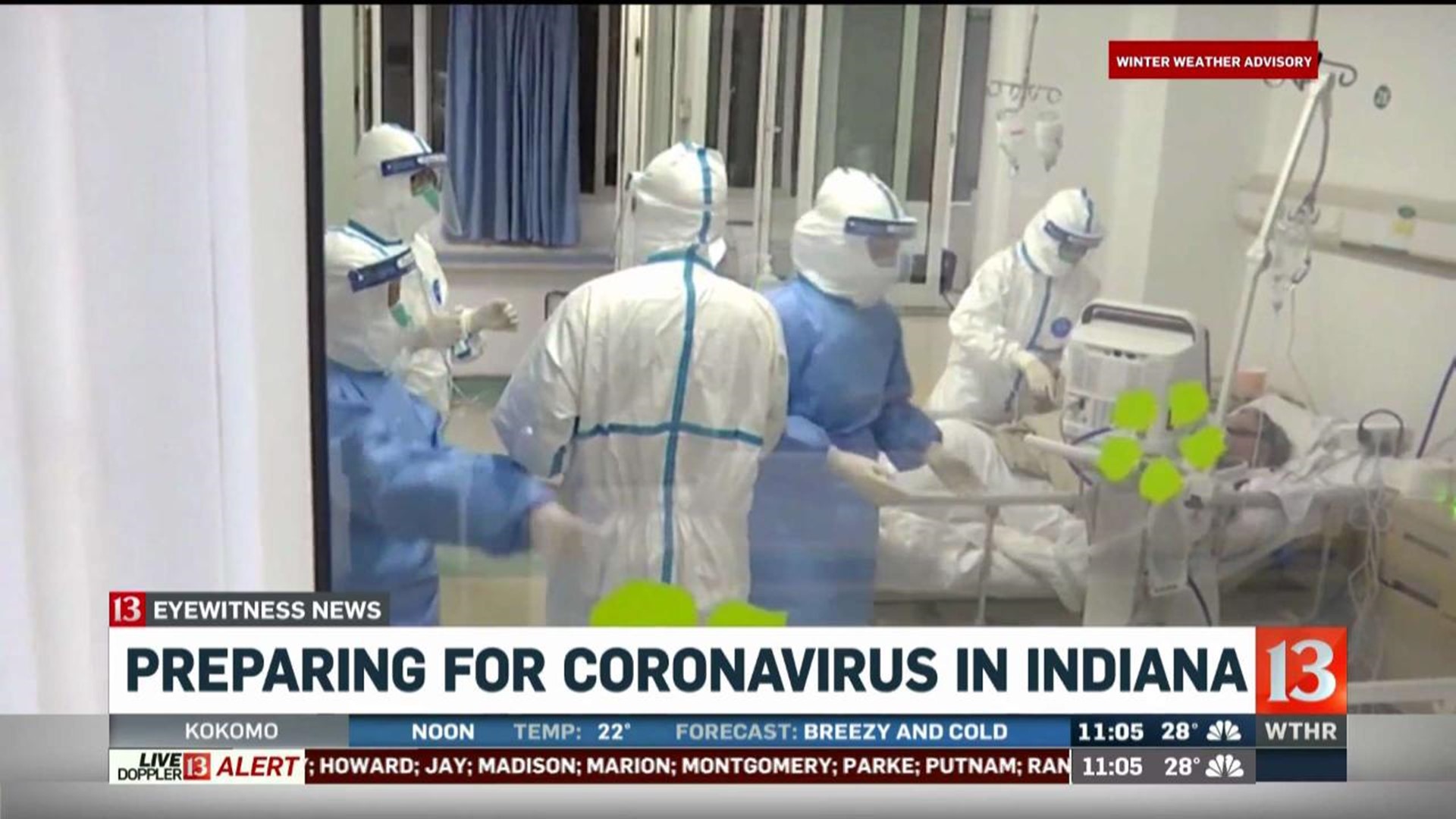 WASHINGTON (AP/TEGNA) — President Donald Trump has appointed Vice President Mike Pence to lead the U.S. response to the global coronavirus outbreak. Trump made the announcement while discussing the coronavirus threat at a White House news conference on Wednesday.

The session comes a day after he sought to minimize fears of the virus, called COVID-19, spreading widely across the U.S.

WATCH LIVE: President Trump is holding a news conference with the members of the Coronavirus Task Force in Washington D.C. STORY: https://www.wthr.com/2040296

The president started his address around 6:30 p.m. Eastern time. He was joined by officials including representatives from the Centers for Disease Control and Prevention.

Trump says the U.S. is “very, very ready” for whatever the new coronavirus threat brings. He said, Pence in charge of overseeing the nation's response, is working with the government's top health authorities.

The president has been pushing back against criticism that his administration isn't doing enough to meet the coronavirus threat. On Capitol Hill, lawmakers are calling for much more money than the $2.5 billion the White House has requested, and Trump indicated at the news conference that he'd be open to more spending.

.@POTUS...@VP will lead the management of #coronavirus in U.S.

@realDonaldTrump says he's spoken w/ Chinese Pres. Xi Jinping about the #CoronavirusOutbreak. Also says the WH will be bringing in a "very highly regarded specialist" from the State Department tomorrow.

Trump and members of his administration have been sending mixed signals about the virus. While the CDC has warned the public to prepare for a coronavirus outbreak, Trump said Tuesday that the situation is “very well under control in our country.”

Trump has asked for $2.5 billion to combat the virus, but many in Congress say that's not enough.

Schumer has unveiled an $8.5 billion request to respond to the virus outbreak in the U.S., more than triple Trump's request. The money would go toward efforts to contain the outbreak in the U.S., vaccine development and manufacture, and reimbursement to states for their costs in tackling the outbreak. The money would be an emergency spending request, Schumer said Wednesday.

On Wednesday morning, Trump attacked MSNBC and CNN on Twitter for making the coronavirus "look as bad as possible" and "panicking markets." He added that the U.S. is in "great shape."

Currently, the White House is considering whether to appoint a coronavirus czar to coordinate the response to the epidemic, according to Politico. Currently, Health and Human Services Secretary Alex Azar is leading the administration's coronavirus coordinating efforts.

Politico says former Food and Drug Administration Commissioner Scott Gottlieb is among several individuals being considered for the new role.

In a Tuesday news conference, officials at the CDC said that spread of the virus in the U.S. was not a question of "if" but "when."

Dr. Nancy Messonnier, the CDC's director of the National Center for Immunization and Respiratory Diseases said the virus was "rapidly evolving and spreading" and that as more countries experience the spread of the coronavirus, Americans may have to prepare for the possibility of a U.S. outbreak.

Houston Health Authority Dr. David Persse said that concern comes from the likely chance that someone infected with coronavirus will come to the U.S. and start spreading the virus before they can be identified and isolated.

He stressed that there is no need for people in the U.S. to panic.

“We are anticipating that that it is likely to occur at some point, hopefully it won’t, but we need to anticipate and behave as if it will at some point so we can take advantage of the time we have now and change our behaviors and protect ourselves should it occur that it spreads in the United States,” Persse said.

More than 80,000 people have been infected globally in the COVID-19 outbreak. More than 77,000 infections and more than 2,600 deaths have been reported in China.