Riley Hospital saved baby Lyla: 'She would not be here if it weren't for them'

Lyla was taken to Riley Hospital for Children after doctors discovered a hole in her lungs at birth. 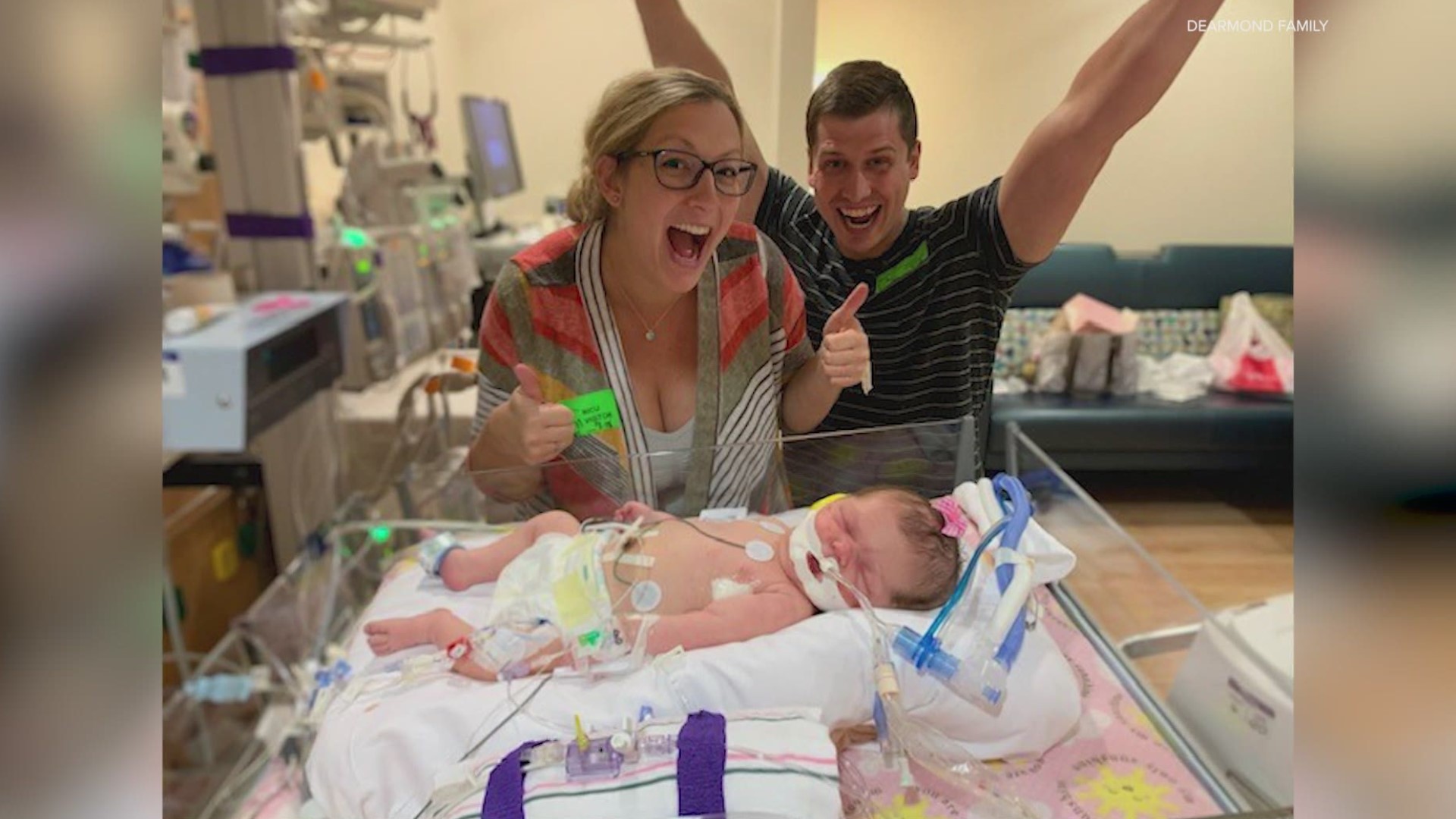 INDIANAPOLIS — Lyla DeArmond may be only 15 months old, but her parents describe her as one strong little girl.

"For somebody that little to go through as much as she has and be this happy and healthy, she is healthy. To be this happy, it's amazing," said Amy, Lyla's mother.

"My doctor approached me at the end and said 'there's a chance she may need some oxygen, or maybe the cord is wrapped, so let's go ahead and do a C-section,'” Amy said.

One of Lyla's lungs collapsed. Doctors repaired it but found a hole – a fluid-filled cyst. Then came more unwelcome news.

"We're told she can't breathe. They're trying to get her stable and there's a helicopter on its way to pick her up,” said Ryan, Lyla's father.

Lyla was being rushed to IU Health Riley Hospital for Children. She would spend the next 74 days in the NICU there.

"Prayer and our faith is what has gotten us through all of this and continues to,” Amy said.

The DeArmonds were able to bring Lyla home for Thanksgiving, thanking doctors and nurses who helped save her life.

"Dr. Merkel, who did the surgery, came by every single day, checked in on us to make sure she was doing fine, but also us,” Ryan said.

Riley nurses and doctors are now considered family, a family who gave baby Lyla a second chance at life.

"I still get choked up. She is one miracle and one amazing girl,” Amy said.

The DeArmonds say Lyla is using a feeding tube and still travels to Riley for follow up appointments.