If there's something unusual on your skin, get it checked and don't delay. 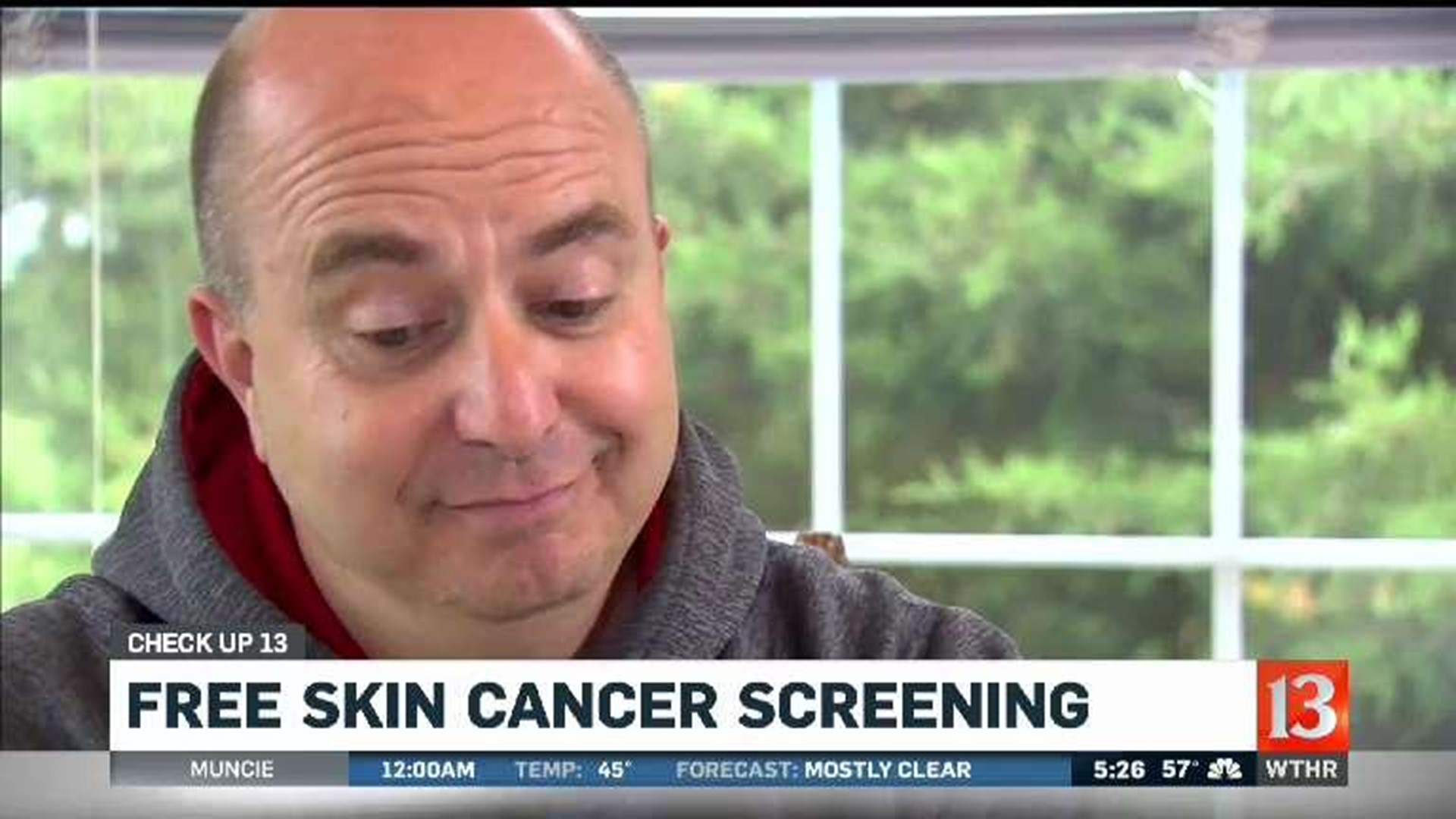 Now that he's retired, the 55-year-old from Fortville wants step in and help prevent one.

“It's really, really easy to miss and it's a deadly cancer.”

That's exactly what a stranger did for him, preventing a health crisis, with a simple question.

"His first words were, 'I'm not normally this forward, but have you had that spot on your face checked?' I had a brown spot," True said.

True says the spot on his left cheek had been there for at least 15 years. He thought it was an age spot.

Then the stranger persisted.

"'Has it changed recently?' he asked and I said 'well yeah it dried out around the edges and it itches,'" True remembers.

The realization, that the dark spot was bigger, had changed colors, was raised and started to itch, led True to see a dermatologist.

A biopsy confirmed it was melanoma, the deadliest of skin cancers.

"Of course my heart sunk," True said and he said you have melanoma.

"The surgeon told me that it was at a point where within a couple of months it would have penetrated the dermis so I was very lucky," True said.

Dr. Christopher Obeime says in his north side practice, he daily talks with patients who are unaware of the risks and signs of skin cancer.

He repeats the ABCDE's of melanoma skin cancer symptoms many times every day.

True says the fading scar on his left cheek is a reminder of how fortunate he was that his cancer was detected before it spread. Now he's committed to advocating others to act: if there's something unusual on your skin, get it checked and don't delay.

"It's easy to miss you don't think about the fact that there are places on your body that melanoma can show up that you don't necessarily see every day and it's really, really easy to miss and it's a deadly cancer," True said. "I was one of the lucky ones because I had someone who thought enough to say something to me. It may have saved my life."

You can reduce your risk of skin cancer by limiting your exposure to ultraviolet (UV) radiation. Prevention and early detection is key.

If you have a spot or scab you would like to have checked out, you are encouraged to sign up for a free skin cancer screening courtesy St. Vincent and Check Up 13.