Restless Legs: Why behavioral issues may be linked to your child's sleep 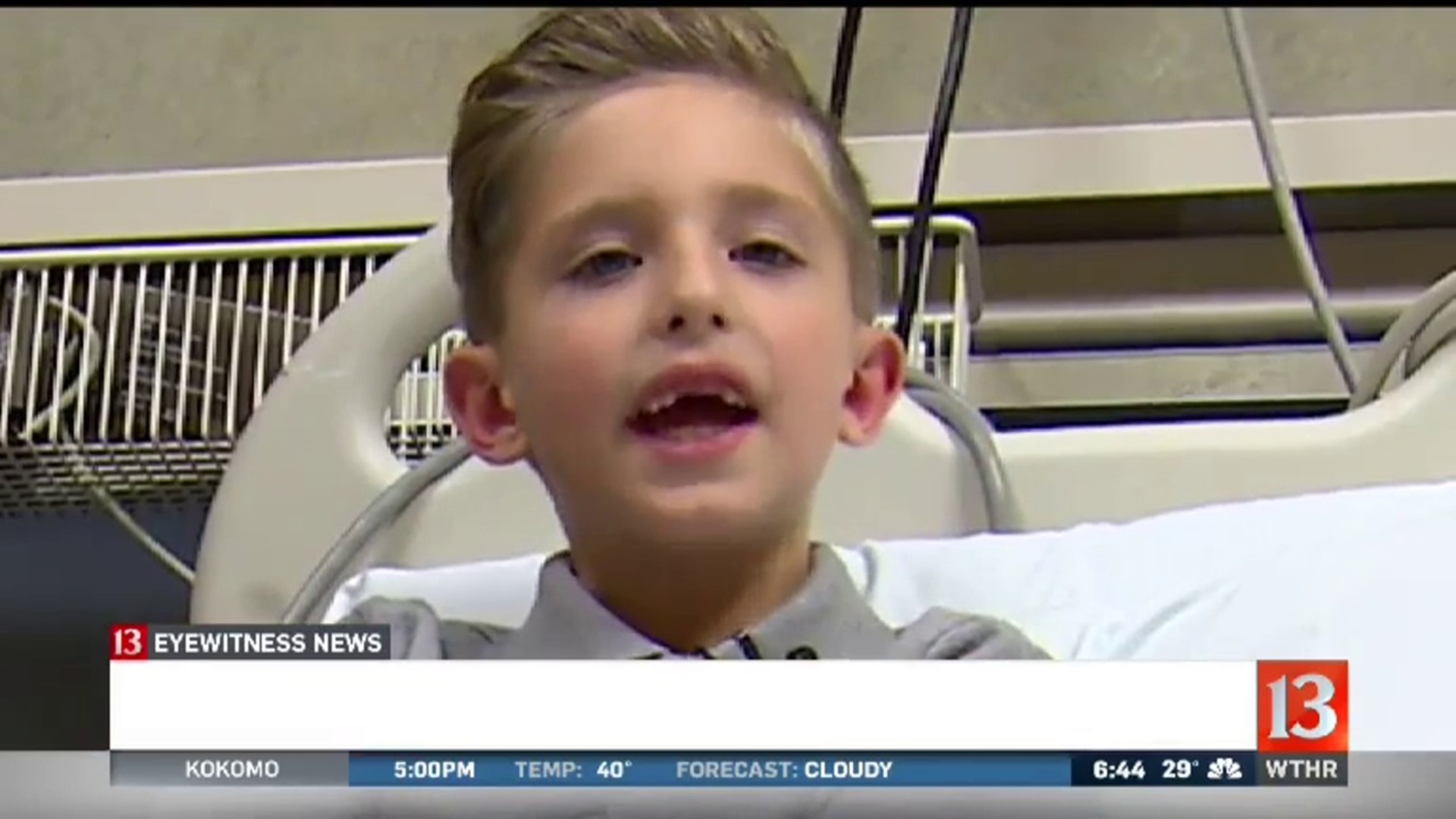 These are the excuses Courtney Waltz would tell herself when she tried to understand her son, Shane, and his behavior.

Too often, she would see his sweet nature disappear as he would get frustrated and melt down.

One day, his teacher sent home a video she took during nap time on her phone. The video showed Shane repeatedly moving his legs and then hitting himself on the head as he slept.

"It kinda freaked me out," Waltz said. "After I saw that, I started to pay a little more attention to what was going on at night, and it wasn't normal."

Waltz took Shane to the doctor and explained what she was seeing night after night.

"He was kicking himself awake, there were periods of time where he just did not stop moving," she said.

Dr. Daftary diagnosed Shane with restless leg syndrome after reviewing the study and listening to Shane describe how his legs moved.

"He did not have sleep apnea. But what is interesting is he... complained about leg pain which is not something that a lot of 5-year-olds actually do, so that really helped us get to his diagnosis."

Shane told him his legs felt itchy and that scratching didn't help.

Dr. Daftary said the syndrome often runs in families and a majority of patients report having at least one affected first-degree relative.

Shane now shares the diagnosis with his father.

"My legs get tired, and they get sore. I feel like something has bitten me; for some reason they are itching all over the place," Shane said.

"It's an irresistible urge to move the legs. It's present in about two to six percent of the population of children and much higher in adults. It can be expressed as creepy crawlies in the legs, ouchies, owies, hot and cold sensations, my legs can't stop, even growing leg pains. These are all the common terms that children use to describe their symptoms," Dr. Daftary said.

He said the movement disrupts sleep and that impacts what happens during the day at work and school. Shane feels it.

"I try to focus on my work, and then I feel tired," Shane said.

"That can manifest with just moodiness, crankiness, irritability, but it can also be in the form of attention deficit problems and sometimes school under performance. The teachers don't know that the child is not sleeping well," Dr. Daftary said. "Poor sleep quality is...a big deal because many children have actively growing brains all the way up to age 21, and so you have poor sleep quality during the phase when your brain is actively developing. We do know that several studies that have shown sub-optimal cognitive performance in these children as compared to children who don't have sleep disturbances. You could potentially permanently be setting these kids up for some kind of sub-optimal performance for the rest of their lives," he said.

Once Waltz learned that some of Shane's disruptive behaviors were linked to sleep, she felt she could be a more compassionate mother and focus on the fix.

"A lot of the issues that he was having hyperactivity and then oversensitivity. He would bump his knee and then it would become this gigantic meltdown. It turns out that was all because of the sleep. I thought this was a personality thing and it was, he was severely sleep deprived," Waltz said.

Doctors said it's common for patients diagnosed with restless leg syndrome to have abnormal iron levels and adding iron can alleviate symptoms.

"We can actually treat with iron supplementation, which tends to be very effective," Dr. Daftary said. "It works in almost 80 percent of children."

"He is one of the class patients where as long as his iron levels are maintained adequately, his symptoms go away," Dr. Daftary said. "Shane had sleep walking. Shane had poor sleep quality. Shane had a lot of leg discomfort, bed wetting, all of these were significant factors impacting his quality of life. All of these factors significantly improved once we started treating him."

The doctor said parents play a key role in getting a diagnosis, adding sleep is not a standard screening question pediatricians will ask during a well-child visit. "Unless the family brings this up, this may actually be a significant quality of life issue that may not be addressed," he said.

Nights and days now are much better for Shane. With treatment, his iron levels are stabilizing, and Waltz wishes she would have sought help sooner.

"My suggestion would be, if you are seeing something that doesn't feel right, or doesn't seem right, you need to talk to somebody," she said. "I can own that I let this go for too long."

How is restless leg syndrome treated