Cancer is the nation's number two killer, and it's expected to claim nearly 600,000 lives this year alone.  Now there's an ambitious and aggressive new effort to finally cure cancer. 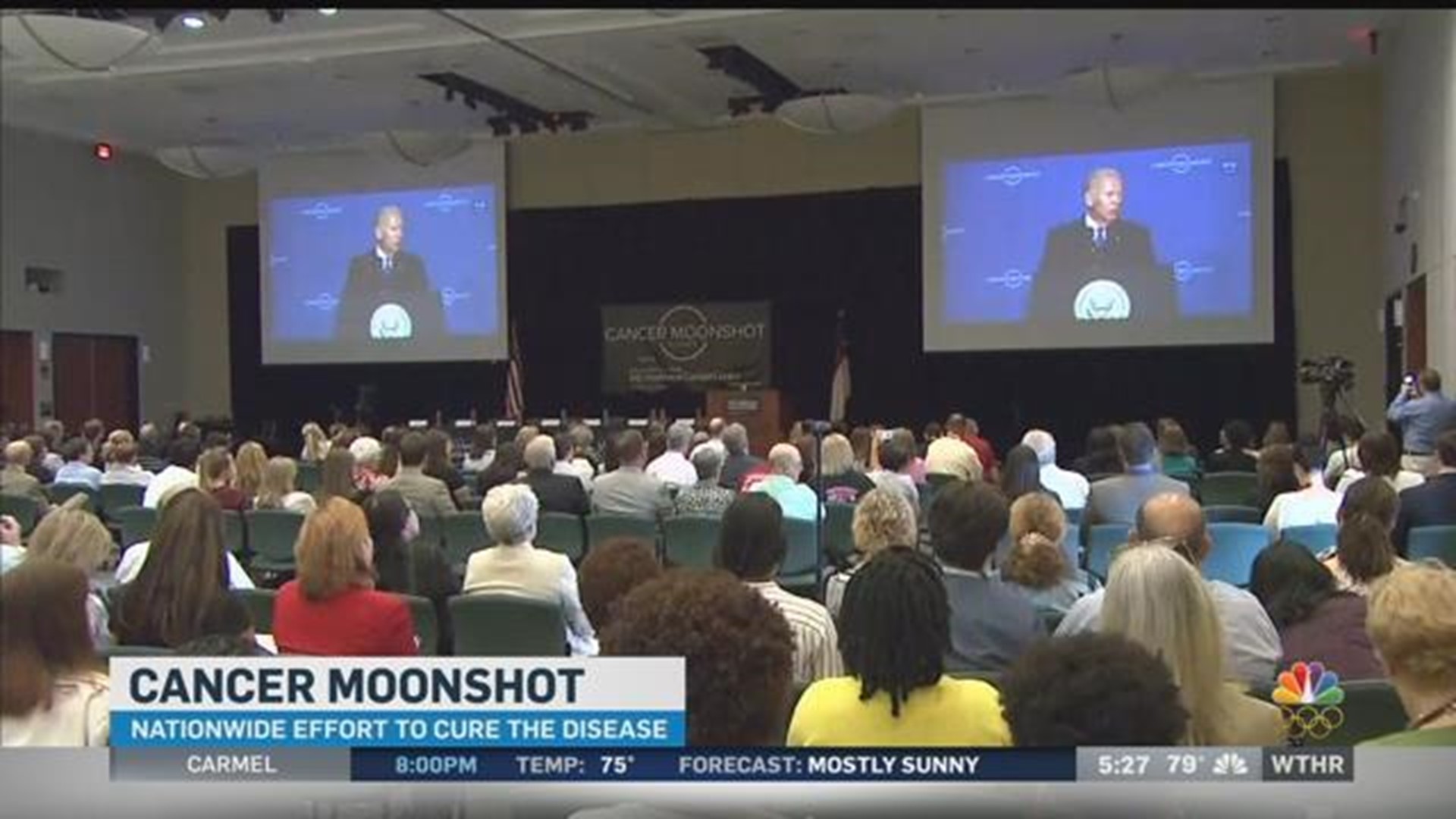 Cancer is the nation's number two killer, and it's expected to claim nearly 600,000 lives this year alone.  Now there's an ambitious and aggressive new effort to finally cure cancer.

Hundreds of people across the United States who devote their lives to cancer research, care, and treatment came together Wednesday as part of the "Cancer Moonshot" initiative.

"The goal of the moonshot is to propel us forward today," said Biden.

The Obama administration announced a series of projects designed to spur cancer research and create financial incentives for doctors across the country to collaborate. The goal: better, coordinated care for cancer patients.

The Ohio State University Comprehensive Cancer Center has already begun such partnerships, although the program's director explains why it has not always been feasible for many cancer centers.

"In the past a lot of the funding that we received, there has been some incentive to collaborate among different cancer center, but it's been modest. I think what Vice President Biden is doing, is he is interested in shaking up the paradigm so that the financial incentives are there for us to all work together," said Dr. Michael Caligiuri, The Ohio State University Comprehensive Cancer Center.

Hospitals across the country held similar summits. The president of MD Anderson Cancer Center in Houston predicted the new approaches will have a dramatic impact on patient care.

"Advances in prevention, early detection and treatment are occurring, and what this initiative will allow us to do is to really step on the gas pedal and accelerate that progress that we know we can make and save lives," said Dr. Ronald DePinho, President of MD Anderson Cancer Center.

Also Wednesday, the Food and Drug Administration set up a new center to help speed up approvals of cancer drugs. IBM is donating a super computer to help researchers analyze the genomes of 10,000 veterans with cancer. That's expected to help doctors personalize treatments for patients.