Kirstee was released from the hospital two days later. 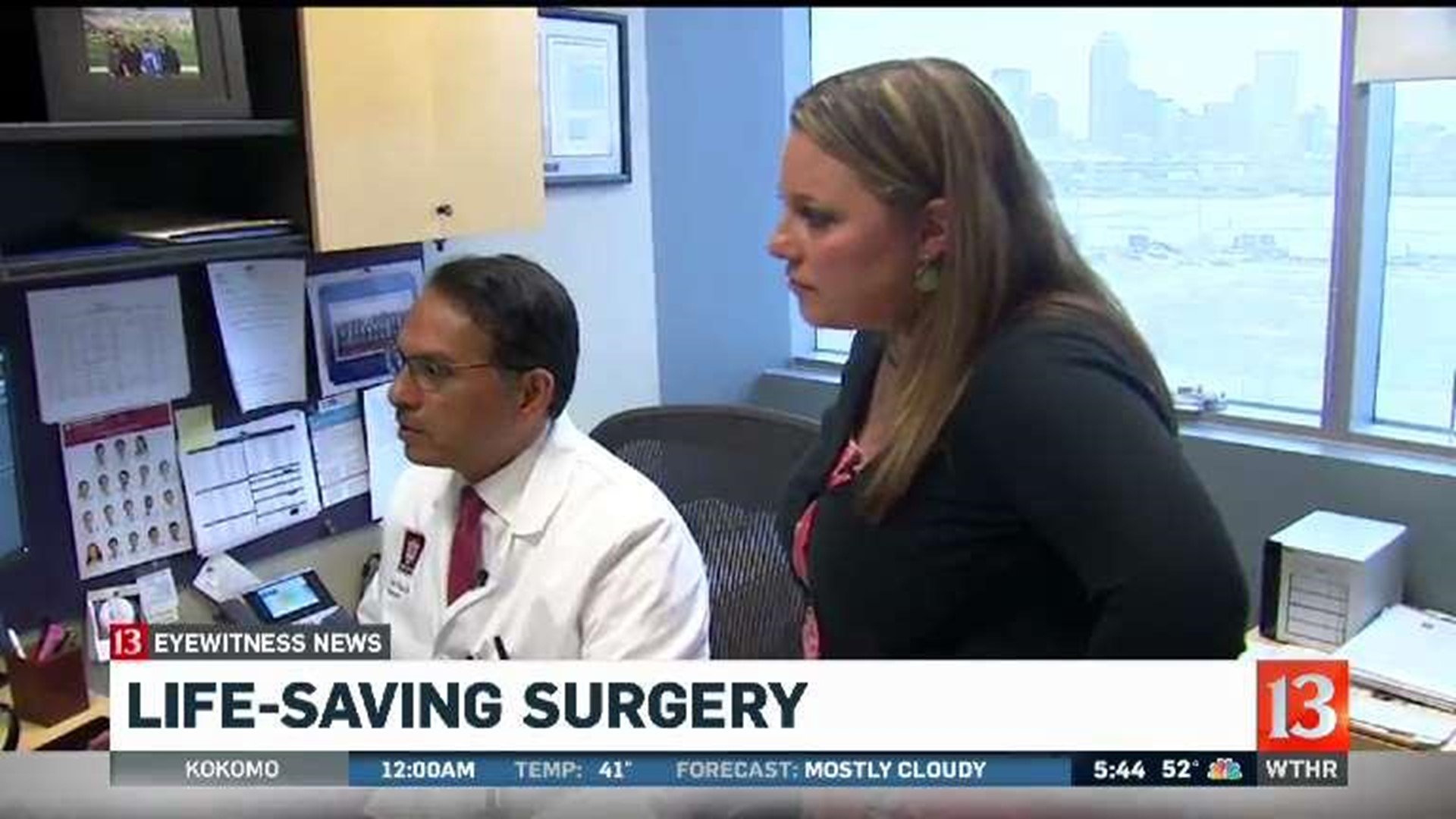 She started suffering headaches in January.

Her family didn't like the initial diagnosis so they kept pushing for answers until they got the right one - a brain tumor.

"We are going to have an awake craniotomy and you will be awake during the brain surgery. I was just in shock," Thinath said.

The video shows how it worked with the surgeon talking to her and Thinath responding.

(WARNING: This video shows a medical procedure and some might find portions of it graphic.)

"She was a chatty Kathy during the operation," said Dr. Mitesh Shah, a neurosurgeon with IU Health.

"I started to get upset about Harry Potter. I have no idea why. Weird stuff. I don't know," Kirstee said at her two week checkup.

"She knew all these things while I was knee deep in her brain. She was able to communicate in such an elaborate manner," Dr. Shah said.

While it may seem unusual to have a patient awake during a portion of their brain surgery, it has actually been done since the 1990s. What made this unique is that it was the first time anyone in Indiana has combined awake craniotomy with an inner-operative MRI. So after doctors removed most of the tumor, they quickly put her under for the MRI right in the operating room and then used the results to finish the surgery.

"We have the capability while the patient is still asleep to get an MRI. We have never done that," Dr. Shah explained. "It allows the surgeon to monitor language and motor skills and to make sure they have as much of the cancer cleared out as possible while the operation is still taking place. Which proved to be especially valuable in Kirstee's case."

Kirstee was released from the hospital two days later.