For the first time, there's a "needle exchange" program in Marion County. 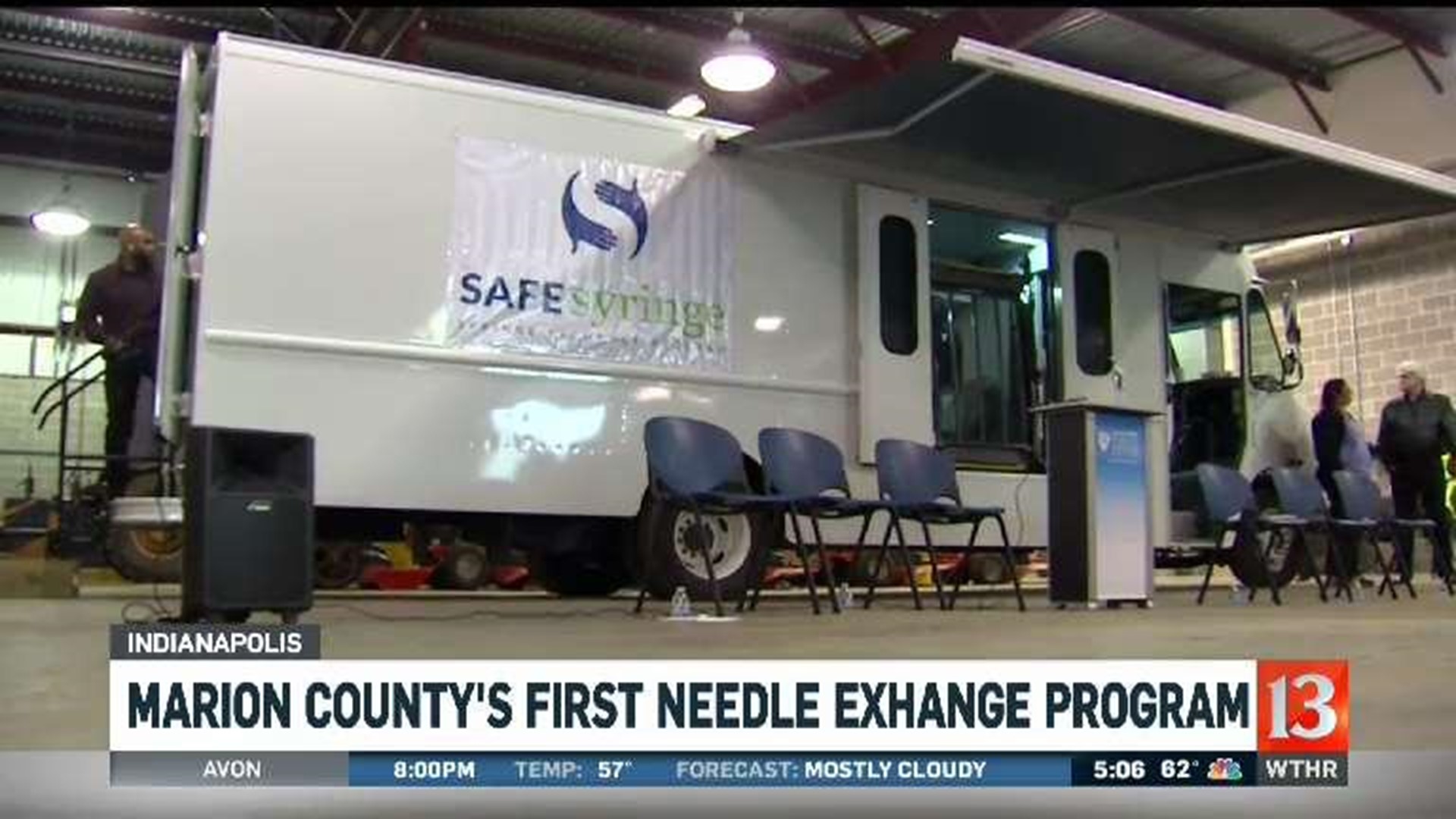 The program will be administered through a mobile unit which will visit different parts of the county. It starts next week in the 46210 zip code on the east side, the area hit hardest by the epidemic.

David Cederquist, pastor of Brookside Community Church, describes the neighborhood there as "right in the heart of it" - the ground zero for problems related to injection drug use.

"Our neighborhood has plenty of trap houses, drug dealers, users people coming from other counties to buy from our neighborhood so the problem is extreme," Cederquist said.

That's why he jumped at the chance to be part of the needle exchange program. He said his church already does a lot of programming involving rehab and re-entry.

He said the program "allows people to use needles safely in a way that is important to fight the epidemic and infectious diseases."

Madison Weintraut with the Marion County Health Department is manager of the needle exchange program. She and two others will be on-site when the unit goes out.

"This will bring needed services to those often left behind and forgotten," she said. "We're able to have a mobile unit go into hig risk neighborhoods where they use and bring services to them which increases the chances we can bring 100% coverage to the people who need it."

Besides the needle exchange, the mobile unit will also provide health screens, immunizations, counseling and referrals for substance abuse and mental health treatment.

Mike, a man who's been taking part in the recovery program at Brookside Community Church, said he's encouraged by the program.

An addict most of this life, Mike has struggled with heroin for 13 years. He said of the needle exchange program, "I think it's safe that way, but also builds trust in the community...that when these people really want help, they can get that trust."

Mike said he also believes it will make the neighborhood safer.

"It's going to stop diseases and stop kids from taking that chance of getting those diseases, because people throw (used needles) on the ground. I've seen them all over the neighborhood," he said.

Marion County is the ninth county in Indiana to begin a needle exchange program. Scott County was the first in 2015.

Because state law does not allow tax dollars to be used for buying syringes or supplies, a $1.45 million grant from the Richard M. Fairbanks Foundation will cover that cost.