Making the most of your memory

If it feels it gets a little harder to remember things as you get older, you're not alone. 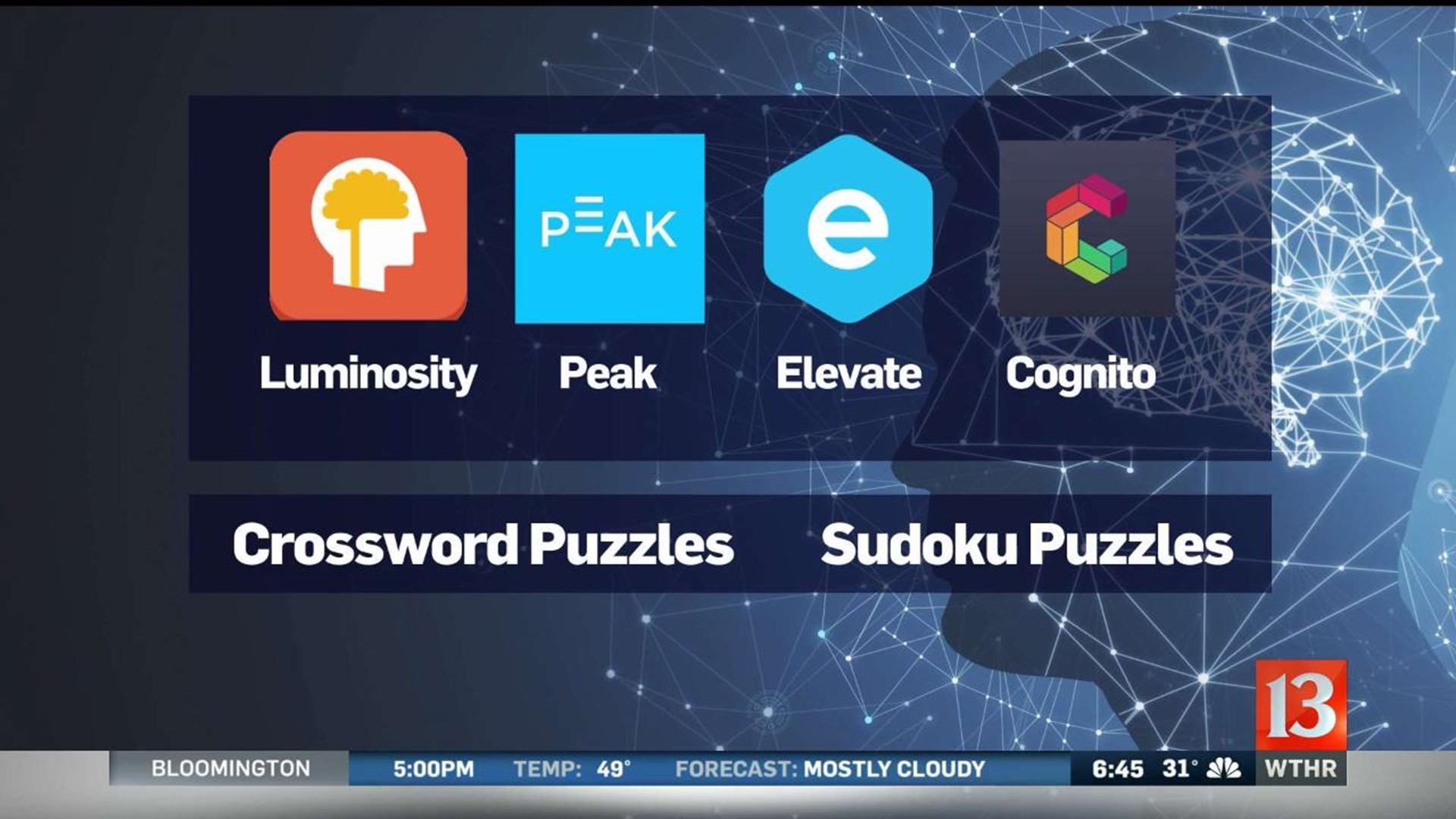 INDIANAPOLIS (WTHR) — If it feels it gets a little harder to remember things as you get older, you're not alone.

Having a blip during your day where you forget things is normal. If you remember what it was later, that just shows that you misplaced that file in your mind and were able to track it down.

Still, the issue where a word or memory just escapes you, has many looking for a way to give a boost to our brain.

Should you try apps, puzzles, exercise? There are a lot of proposals out there, so we took some of them to the experts.

Exercising to help your brain

Your heart and your brain have more in common than you might think.

When you hit the gym or go for a walk or run, that helps you manage your cholesterol. It also helps you postpone memory loss and Alzheimer's.

"Encouraging people to exercise, whether they're 20 or 50, that has benefits," said Dr. David Clark, a neurologist at IU Health. "Almost everything that we know of that reduces risk for stroke, also seems to reduce risk for dementia."

Your diet can also make a big difference. Substituting fish for other kinds of meat a few times a week can be helpful.

Some other good foods for keeping memory sharp:

There's an app for that

There are plenty of apps out there that say they can help keep your brain sharp.

A lot of them involve puzzles and word games but there are conflicting reports about the effectiveness of the type of training in these apps.

One study published by the Public Library of Science found that brain training games could be a simple and convenient way to improve some cognitive functions like working memory and processing speed in young adults.

Another study published in the journal "Alzheimer's & Dementia: Translational Research & Clinical Interventions" found some types of training could reduce the risk of dementia, but not necessarily memory or reasoning in older adults.

However, another study in the Journal of Neuroscience found cognitive training games had no real effect on brain function.

There clearly isn't overwhelming evidence that brain training apps really improve your brain health, but it's probably safe to assume playing something like Mahjong is better for your memory than losing lives in Candy Crush.

If you do want to give these apps a try, Medical News Today has some recommendations:

You could also just go old school and do crossword puzzles and Sudoku puzzles.

Dr. Clark said there is an extra benefit that people should also take into consideration: fun.

"The advice I give my patients is to consider doing those things as long as they find it fun and entertaining. And to not let it get in the way of things that might be more valuable and more stimulating. And that includes things like things like socializing with friends and family," said Dr. Clark.

There is a condition called "Pseudodementia" where a person thinks they have dementia or Alzheimer's, but depression might be the real problem.

"Some patients have depression or anxiety of a mixture of the two, and that's the whole cause for the memory trouble that they experience," said Dr. Clark. "A lot of times with these patients, if they take a medication like an antidepressant that improves their mood, reduces anxiety, they'll see improvement in their cognition."

Having a parent who has had Alzheimer's does increase a person's risk of having it but Inherited forms of Alzheimer's account for less than one percent of all Alzheimer's cases.

There are medicines that can boost neurotransmitters in your brain but they have short-term benefits.

Neurologists all over the world are still looking for a cure.