A little boy from Kentucky had an amazing day Monday, hearing for the very first time. 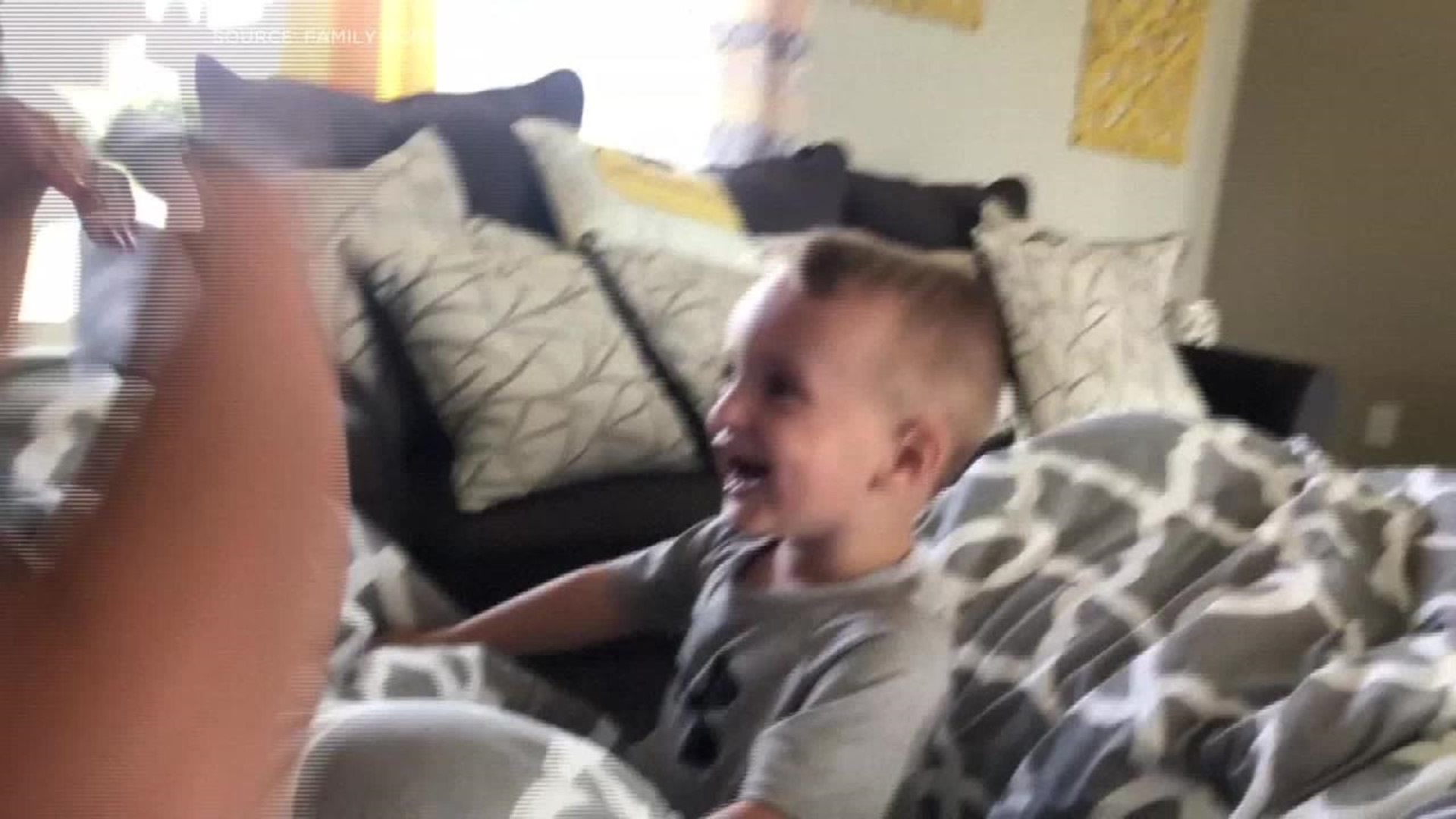 ELIZABETHTOWN, Ky. (WAVE) - A little boy from Kentucky had an amazing day Monday, hearing for the very first time.

Connor Higgins has already been on a bit of a journey in his young life. He loves to laugh, he loves to have fun, but early on, his parents knew something wasn't right.

"When we tried to talk to him, heh wouldn't have any eye contact," Hope Higgins said.

"Basically where his brainwaves and soundwaves do not link up," Hope said.

"He's been living in a world of silence, not knowing his name, not being able to hear us say, 'I love you.' It's been really hard," Hope said.

Connor has been communicating with gestures and by making noises. Hearing aids don't work.

So in August, he had bi-lateral cochlear implant surgery. Monday, those implants were turned on for the first time.

"Knowing that he might be able to hear today is awesome," Hope said.

Connor's parents were a little nervous, too. Moats walked them through how the implants work, ran a few tests, did a fitting, but once they were turned on, Hope wanted the first words her son heard to be, "Connor, mommy and daddy love you."

The toddler doesn't know words or what they mean, but he noticed loud noises.

"When she made the loud sound, I seen his eyes and seen him look to see where it was coming from. That made me hopeful. I'm really excited," Hope said.

Connor has a long road ahead of him. He's going to have many follow-up appointments and speech therapy.

His parents' homework is to make a lot of noise. So first on their list when they got home was to watch Connor's favorite movie, "The Secret Life of Pets," turned up loud.

Hope and Jacob didn't want their son to feel different, so they got tattoos to match his cochlear implant.