Rare Disease Day is marked all over the world as a way to raise awareness of thousands of rare diseases. 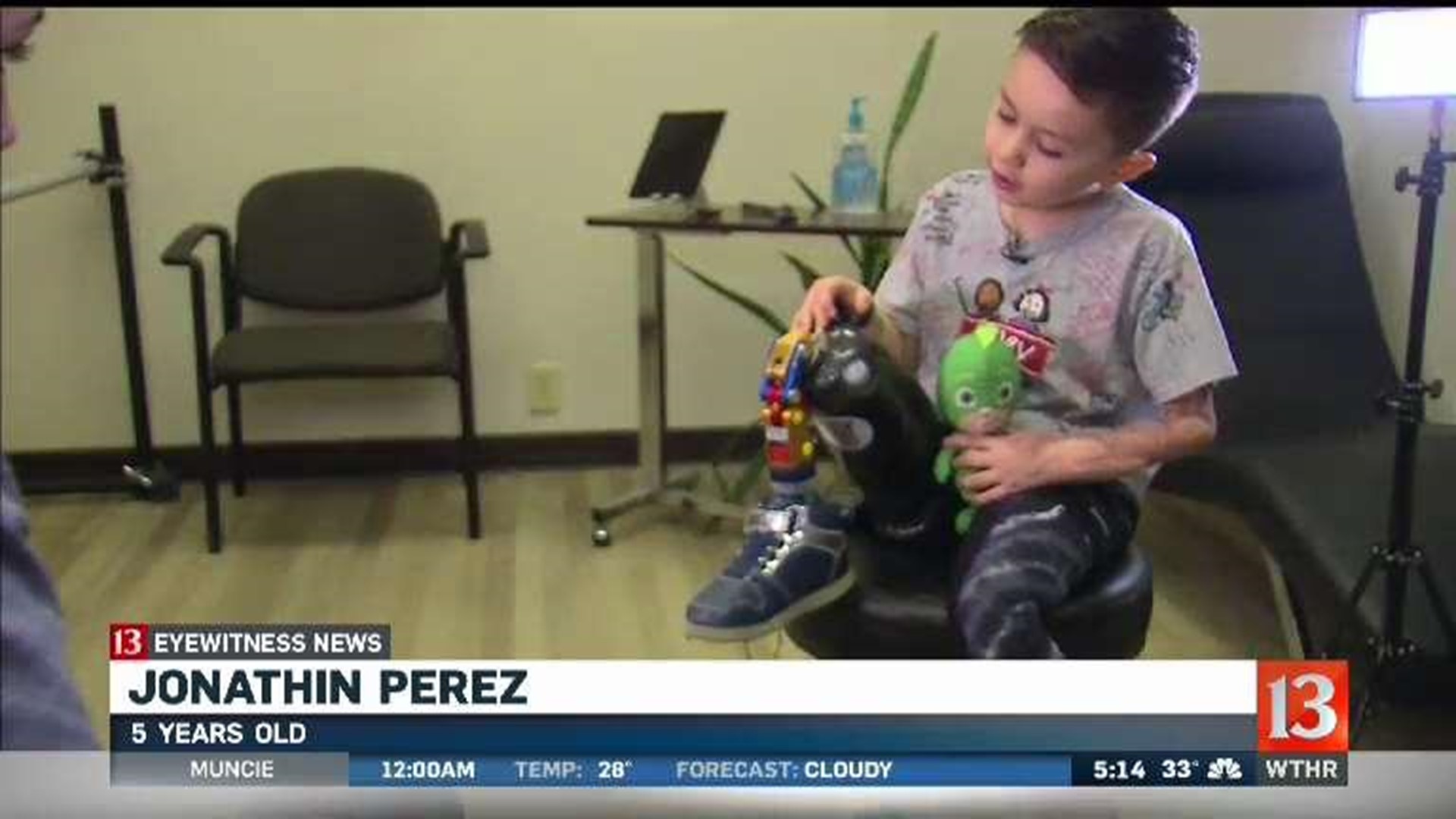 INDIANAPOLIS (WTHR) - Thursday, February 28 is Rare Disease Day. It's marked all over the world as a way to raise awareness of thousands of rare diseases.

In the U.S., a disease is considered rare when it affects fewer than 200,000 people at any given time. One in 20 people will live with a rare disease at some point in their life. Most have no cure.

Jonathin Perez, 5, got sick with what his parents and doctors originally thought was a common bug last spring. It turned out to be necrotizing fasciitis.

"Whenever you see necrotizing fasciitis, it's one of those things, you know?" said Ryan Fitzgerald, Jonathin's doctor at Riley Children's Hospital. "There are very few orthopedic emergencies, but this is one of them, so time is of the essence."

"It's a pretty awful condition and can create, depending on where it strikes, amputation at different levels - arms, legs, fingers," added Matt Habecker, Jonathin's prosthetist.

An infection that they found in Jonathin's elbow started spreading very quickly.

"Whenever the infection gets up to the chest wall itself, the chance of death with that is up over 95 percent," Fitzgerald said.

While they were at Riley, Jonathin went into septic shock. His mom says doctors told them he was the sickest kid in the building and they didn't expect him to make it.

But now, just a few short months later, he's not only surviving, but thriving. We caught up with him at a check-up with his prosthetist. He was running around the office and playing hide and seek.

Jonathin's journey hasn't been easy. You can still see the area where the flesh-eating bacteria affected his left arm. And when doctors gave him life-saving medication, it pushed blood toward his vital organs and away from his leg. When Jonathin's leg got too sick, doctors needed to amputate it.

"I was not scared," said Jonathin. "I was a little bit scared, but not that much scared."

His mom tried to help him feel better by giving his favorite character, PJ Mask's Gekko, a matching look.

Doctors say it can be tough to help patients with rare diseases.

"This is one of those diseases that is extremely rare," Fitzgerald said. "If you haven't seen it before and aren't keyed in to the fact that it might be an option of what's going on, it can be a big problem."

"It's cases like this where a young man is dealt some pretty hard cards and comes out the other side with a smile and function," said Habecker. "That's what gets me out of bed."

Now that all those operations are behind him, Jonathin isn't letting anything slow him down.

"To have a kid who was on the brink of death and then to see him running and playing less than a year later is incredible," said Fitzgerald.

Necrotizing fasciitis is usually caused by some kind of cut or break in the skin. Symptoms include a red or swollen area of skin that spreads quickly, severe pain and a fever. Learn more about symptoms and treatment on the CDC's website.

Above all else, doctors say it's important to trust your instincts.

"If a mother or parent has an intuition that something is wrong, you need to pay attention to that," said Fitzgerald. "Luckily Jonathin's mom had that intuition and saw that this was a little more than just a skin infection and brought him in that night. The timing of that all worked out to save his life."