A major step in the fight against Alzheimer's disease is happening right here in Indiana. 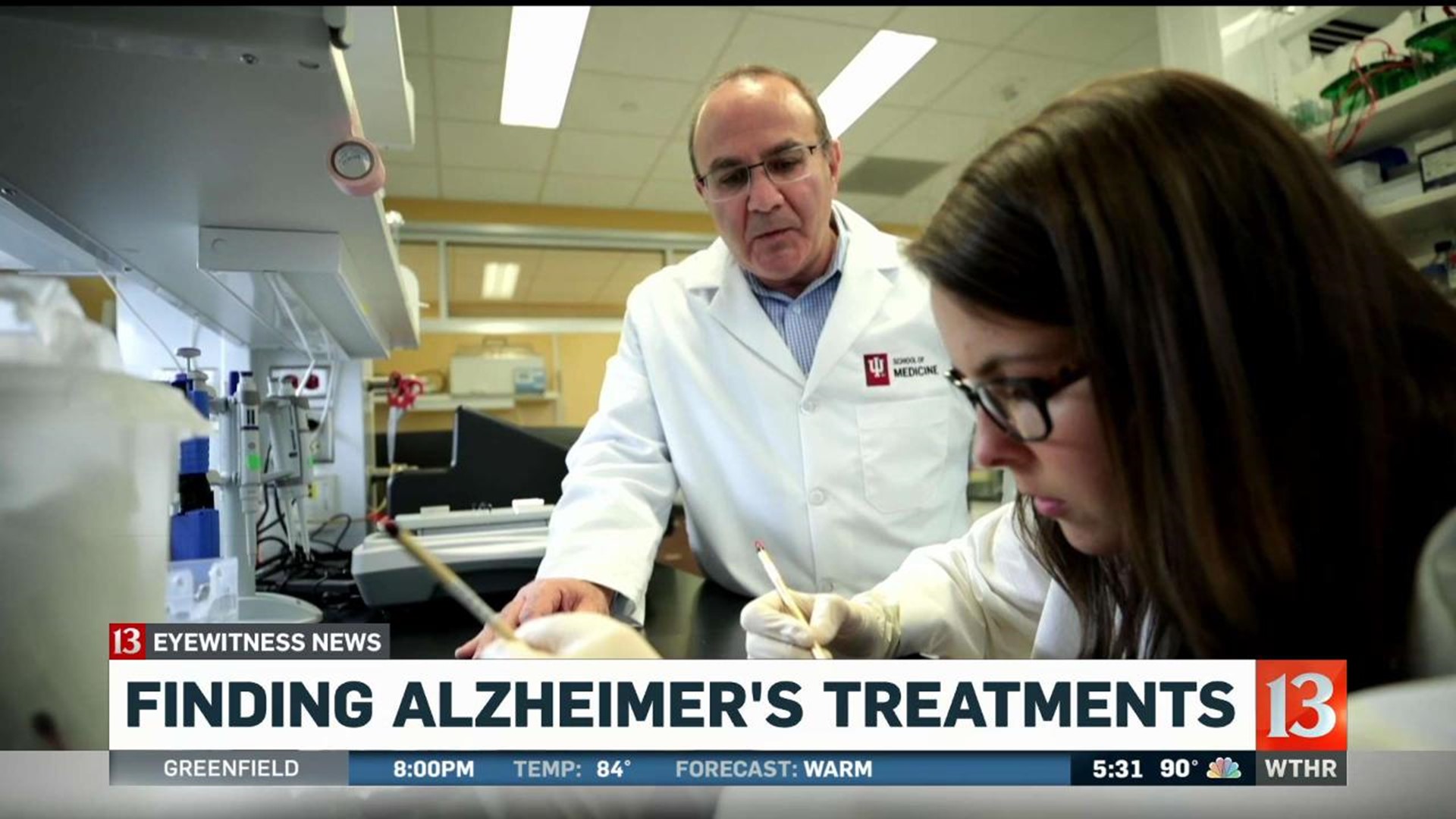 INDIANAPOLIS (WTHR) - A major step in the fight against Alzheimer's disease is happening right here in Indiana.

Alzheimer's is a disease impacting an estimated 5.5 million Americans and their families. There is no cure and no effective treatment to slow it's progression.

But Tuesday morning, the IU School of Medicine announced it's getting $36 million from the National Institutes of Health to launch an "Alzheimer's Drug Discovery Center." IU is working in partnership with the Purdue Institute for Drug Discovery.

Jay Hess, Dean of the IU School of Medicine, said the center's mission is to "discover promising therapies to treat Alzheimer's."

He stressed what's discovered will be "broadly shared with researchers in academia and industry to move the entire field forward...we're going to find solutions no matter how long it takes and no matter what challenges we face."

The center will be led by Dr. Alan Palkowitz, who joined the school of medicine following a career at Eli Lilly.

The initiative comes at a time when many pharmaceutical companies have scaled back Alzheimer's research following setbacks in expensive late-stage clinical trials.

"Specifically, our center will study focus on exploring the role of the brain immune system in Alzheimer's Disease as a possible path to therapeutics," Palkowitz said.

Jill Nichols was among the dozens of people who attended the announcement.

"I'm so excited to be here," she said. "This news really gives people hope."

Nichols' mother died in 2012 after living with Alzheimer's for 10 years. She still chokes up when talking about how her mother just slipped away.

"I realized when she was diagnosed, there just wasn't much you could hang on to or look forward to that would help her," Nichols said. "So the hope maybe not of a cure, but medications that can make a difference, that's kind of mind-blowing and really excited to think about."

Lyle Bass is also encouraged at what the drug discovery center might lead to. Three years ago, the 77-year-old Indianapolis man was diagnosed with Alzheimer's.

He said when his doctor hold him, "I didn't believe it. I was in total shock...I didn't cry or get upset."

Not until he called the Alzheimer's Association the next day "and just started crying. I finally accepted that I had Alzheimer's and from there on I thought, 'fine. I have it. Now what do I do about it?'"

He said he focused on being proactive. He changed his diet, began exercising and enrolled in clinical trials.

"My attitude is when you have everything to gain and nothing to lose, you do it," Bass said.

So far, he said he's been lucky. He still gets around, recognizes people and places and remains active. But he knows that could quickly change. He also knows he may not live long enough to see a cure or treatment for Alzheimer's, but he sure hopes his kids and grandkids do. He's far from alone.

As Nichols said, "I think you would be hard-pressed to find anyone not touched by this horrible disease."

She, Bass and millions of others are now hoping the new Alzheimer's Disease Drug Discovery Center is quick to discover promising new therapies.

The five-year grant began September 30. The center is expected to result in 15-20 new jobs added between IU and Purdue.