Intermittent Fasting: Does it really work?

In recent years, intermittent fasting has really taken off as a successful way for people to lose weight — along with additional health benefits. 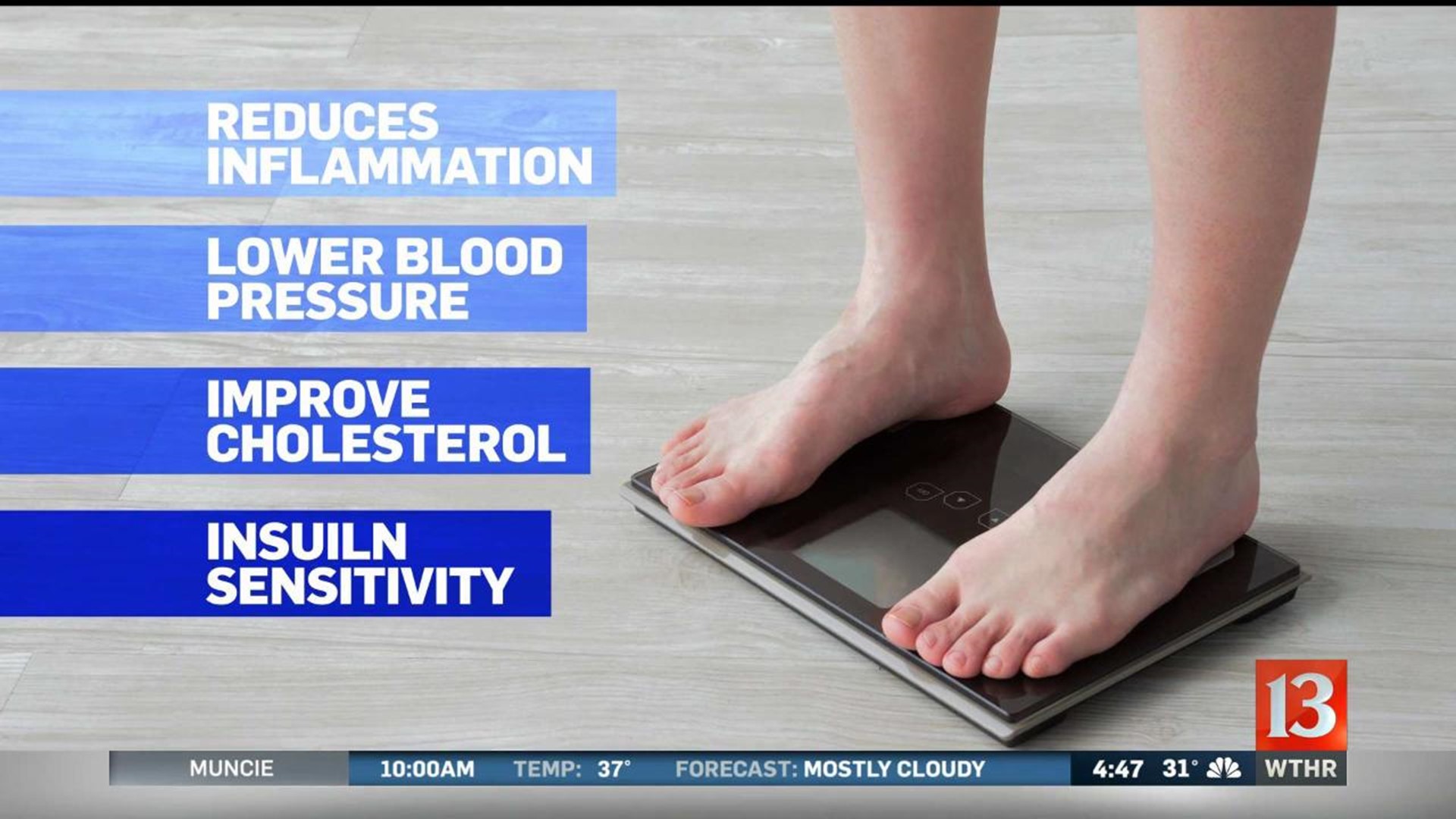 FISHERS, Ind. (WTHR) — With just a couple weeks left in 2019, have you started thinking about your New Year's Resolutions? Every year, one of the top resolutions is losing weight!

With that being said, you'll probably start seeing the words "intermittent fasting" or "time-restricted feeding" more often. In recent years, it's really taken off as a successful way for people to lose weight. More research still needs to be done, but some recent studies have shown intermittent fasting has other health benefits as well.

Typically, for intermittent fasting, you eat all of your meals in an eight to 10-hour window, which means you don't eat anything for 14 to 16 hours. During the fast, you can drink water, coffee and other non-caloric beverages. Since your body ends up not having anymore food to burn, it turns to your fat and burns through that for energy.

Jodi Krauss, a mother of two boys, says when she sticks to eating in an eight-hour window, she loses one to two pounds a week.

"I have definitely seen a change in my body," said Krauss. "I'm a lot stronger. I'm not really that hungry in that fasting window because you can still eat what you want to eat. Take that with a grain of salt because I still eat a lot of whole foods. I don't have a ton of carbs. I get most of my carbs from vegetables, so I eat a high fat, low carb meal plan."

Besides weight loss, studies have revealed some other health benefits. Intermittent fasting has been effective in reducing inflammation and blood pressure, improving blood cholesterol and helping with insulin sensitivity, which is why it might be beneficial for someone that's pre-diabetic.

IU Health Dietitian Garrett Swisher thinks it's a great tool for people who have trouble sticking to a traditional diet or who can't help but snack late at night. Krauss agrees.

"I don't feel hungry," said Krauss. "It's more of a mind game mental approach. I'm a huge desserts person, and I love to have a late-night snack of ice cream. I know that if I'm in my fasting window, and it ends at 7, I don't need ice cream at 9 at night. So that helps me to have control to know that I'm just not going to have it or if I do decide to have it, which I can on this plan, I will just push my fasting window back and start later the next day."

Swisher says the only down side he sees is intermittent fasting can lead to bad eating habits — such as binge eating.

There are now apps out there that help with eating control when it comes to intermittent fasting. Some of the most popular ones are called Zero, Fastient and Life.