Ashley Pittman says her heartache and grief were overwhelming when she lost her twins — a son and daughter — to preterm complications seven months into her pregnancy. 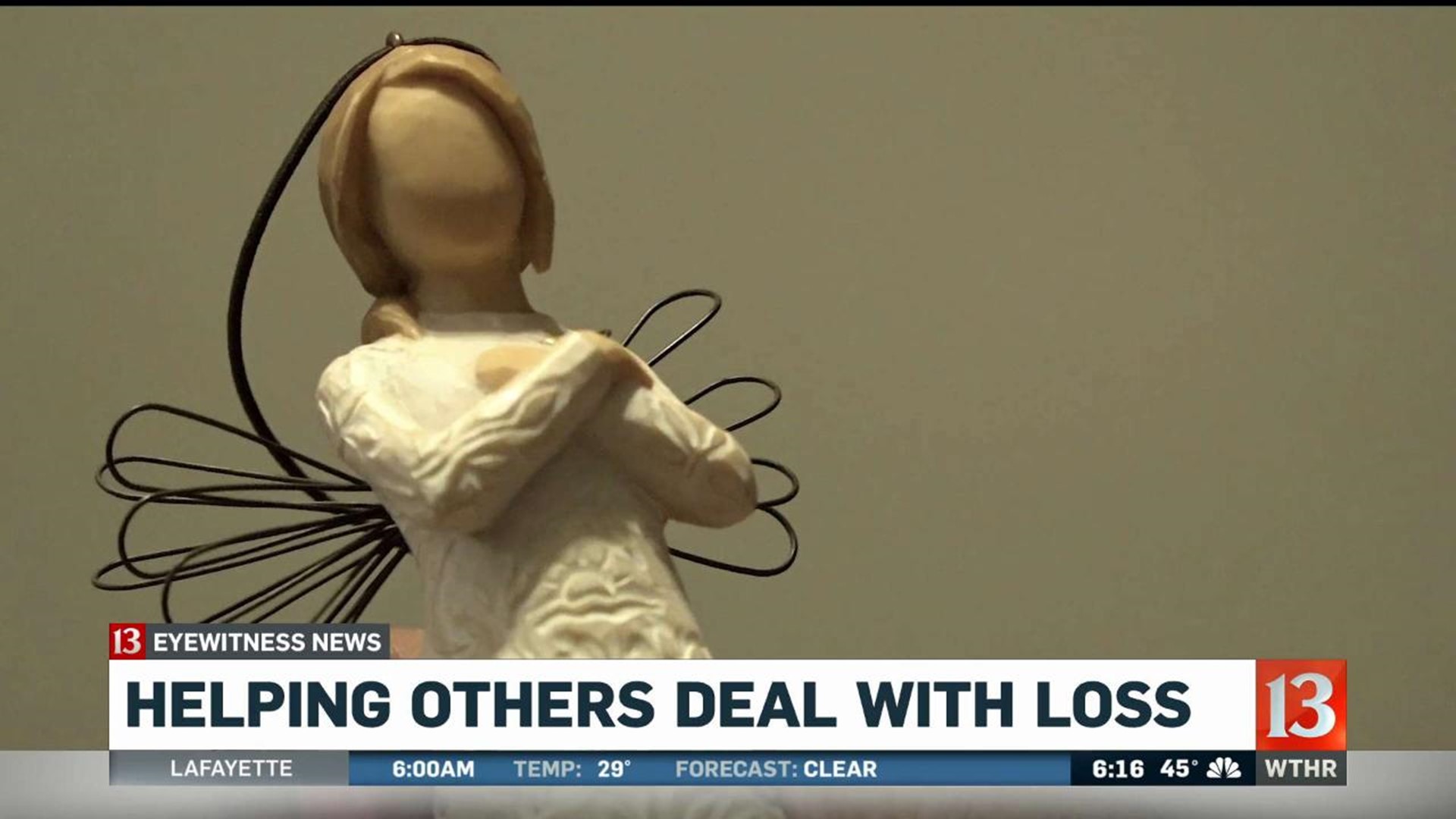 INDIANAPOLIS (WTHR) — Ashley Pittman says her heartache and grief were overwhelming when she lost her twins — a son and daughter — to preterm complications seven months into her pregnancy.

Ashley says she suffered depression and had a hard time functioning.

Perhaps worst of all? She felt "very alone. People would say the wrong things or didn't know what to say or backed away and distanced themselves."

It happened nine years ago. While Ashley and her husband went on to have two healthy boys and are expecting a third in May, she says she continued to grieve for her twins, especially around their birthday each November.

But a year ago in November, a colleague with the Community Health Network did something that lifted Ashley's spirits and allowed her to move on.

"It was just such a heartwarming gift," Ashley said. "Though she calls it a small gesture, it feels huge in my eyes."

Leanne Lewis gave Ashley an angel ornament with the twins' names engraved on it. The two recalled they both cried and hugged one another.

"We all hear voices at times and ignore them and this time I chose not to ignore it and I had no idea what it would do for Ashley," Leanne said. "I just knew I had to do something."

Ashley said after that she "began to heal" and then started writing a book about losing the twins. It's called "I Can Breathe Again."

"I know so many people feel lonely out there, so many feel broken and not supported," Ashley said. "I want to tell parents don't struggle in silence, share your story talk about it."

Ashley said her book is intended to provide hope, saying her story goes "from tragedy to triumph because we have William, we have Champ and now we have Cassius and we have each other through it all."

It's a journey helped by a small gift from Leann, who's become Ashley's angel.

Ashley said, "I didn't let the memory go, just the pain that came (with losing the twins) and what followed."

Ashley is having a book signing at Community North Tuesday, March 19 from 11 a.m. to 1 p.m. Fifty percent of all proceeds will go the hospital's NICU.