Black women are diagnosed with breast cancer at younger ages and in later stages. They also have a higher risk of dying. Two survivors are working to change that. 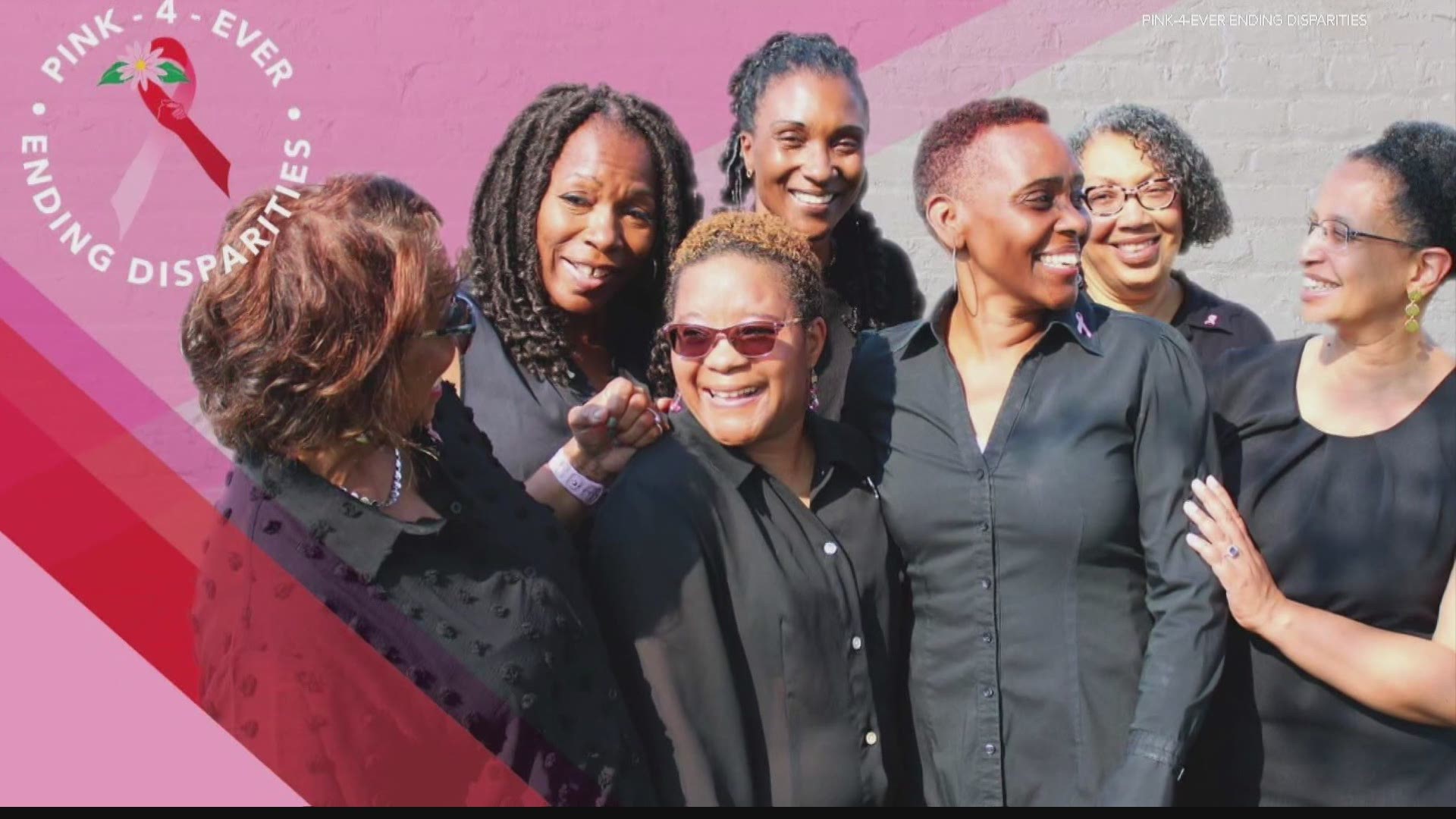 INDIANAPOLIS — More Black women are getting diagnosed with breast cancer at a young age.

According to statistics from the organization, Black women have a 41 percent higher risk of dying from breast cancer. Black women are also diagnosed at an earlier age and at a later stage of the disease.

Some of the organization's initiatives include the breast health advocate program.

The goal is to train women in the community they live and work in and provide support to breast cancer patients. For example, if a patient is newly diagnosed or will receive diagnostic testing, that advocate can go to a doctor's appointment with them.

The American Cancer Society is providing funding for that initiative.

"We are going to be recruiting new advocates and training them and have them saturated in the community," Hayes said.

Other initiatives include partnering with churches for breast health awareness and education, leading empowerment groups for breast cancer survivors and caregivers, providing financial assistance for women in treatment and more.

"But I'm also BRCA-positive. I carry the gene for breast cancer. The likelihood of getting breast cancer again is quite high. But then, also my daughter and other family members."

Miller is now the president the board of directors for Pink-4-Ever Ending Disparities.

"So there's a keen awareness not only in my household, but also a program that we initiated because of this very thing is the junior ambassador program, which allows school-aged children — high school and college — to provide programs and awareness on their own platforms to give that information.

Miller believes young people are an integral part into the organization's mission.

"They have a powerful voice," Miller said.

RELATED: Yes, the COVID-19 vaccine can lead to a false-positive mammogram