Indiana playing a key role in research, treatment of Alzheimer's

Many people dismiss the warning signs, believing they're just part of typical aging, but early detection and diagnosis of Alzheimer's disease can help make a big difference. 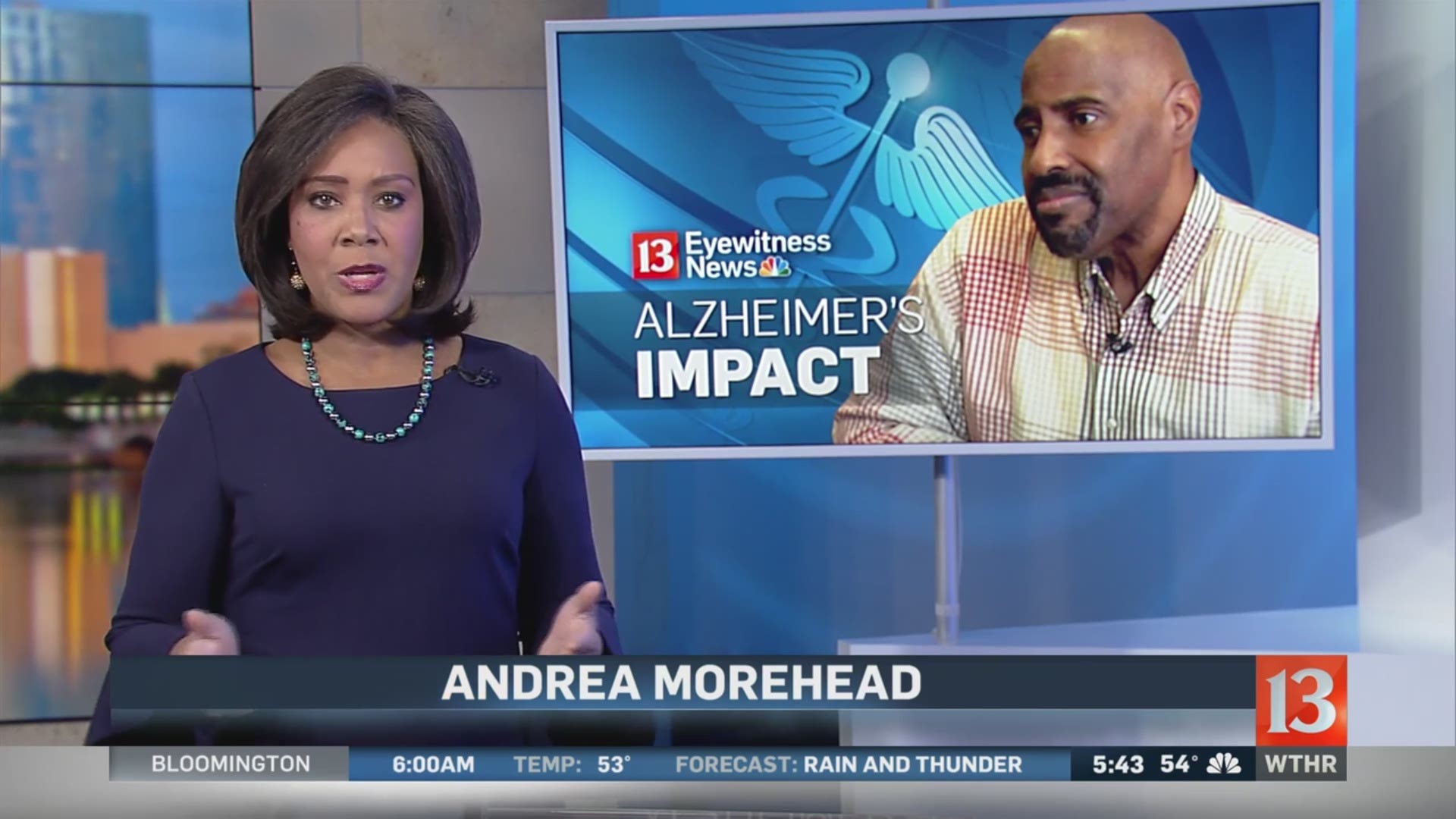 INDIANAPOLIS (WTHR) - Many people dismiss the warning signs, believing they're just part of typical aging, but early detection and diagnosis of Alzheimer's disease can help make a big difference.

How someone lives with Alzheimer's is a very personal experience, from the diagnosis to treatment, and Indiana is playing a pivotal role in Alzheimer's research and treatment.

The Alzheimer's Association Greater Indiana Chapter partnered with Dance Kaleidoscope to showcase interpretive dances of 10 personal stories written by Alzheimer's Association early-stage program participants. One story is about Bruce Carver, who shares the beginning of his life journey of helping his family make a caregiving plan for his father.

"I remember I saw him being more distant and less verbal each time I visited or when I talked to him on the phone," said Carver.

His father was diagnosed with Alzheimer's.

"I remember the doctor showing me a scan of my brain that had fragments. I had been progressing slowly for at least 15 years," Carver said.

The story is now about himself, now as a patient.

Carver's focus is now to live with purpose and spread the message of early detection and hope.

The Alzheimer's Association says African-Americans are about twice as likely as whites to have the disease or another dementia, and less likely to have a diagnosis, resulting in less time for treatment and planning. But a new Indiana University study about early-onset and progression of Alzheimer's is gaining national attention.

When a younger person has dementia and Alzheimer's disease, it is generally and fairly a pure form of Alzheimer's and studying that can give us a lot more clues about how to treat the disease or what might originally cause it," said Dr. Maria Carrillo, chief scientist for the Alzheimer's Association.

Bruce has his moments.

"Each day I try to focus on the goodness and not the things that typically depress me," he said.

He spends time celebrating life, including making jewelry, which is an extension of his father's artistry.

"Making the world beautiful is an important thing to me," said Carver.

The journey now is to cherish each day and the love, from his family, friends and partner Fred.

"I thank my partner and the other people who have been my support network," Carver said.

He stands tall and courageous in the face of Alzheimer's.

"Feed your soul all the time because that's the only reason we can wake up," Carver said.

Having a support system is so important and so is remaining active. Bruce is a former company CIO who makes jewelry for sale and donation. You can connect with him at bccarver@aol.com.

There are 10 warning signs of Alzheimer's, including confusion with time and place and memory loss that disrupts daily life. To learn about the other eight signs, click here.

For more information or for assistance, you can call the Alzheimer's Association's toll-free helpline at 1-800-272-3900. The helpline is open 24 hours a day, seven days a week.