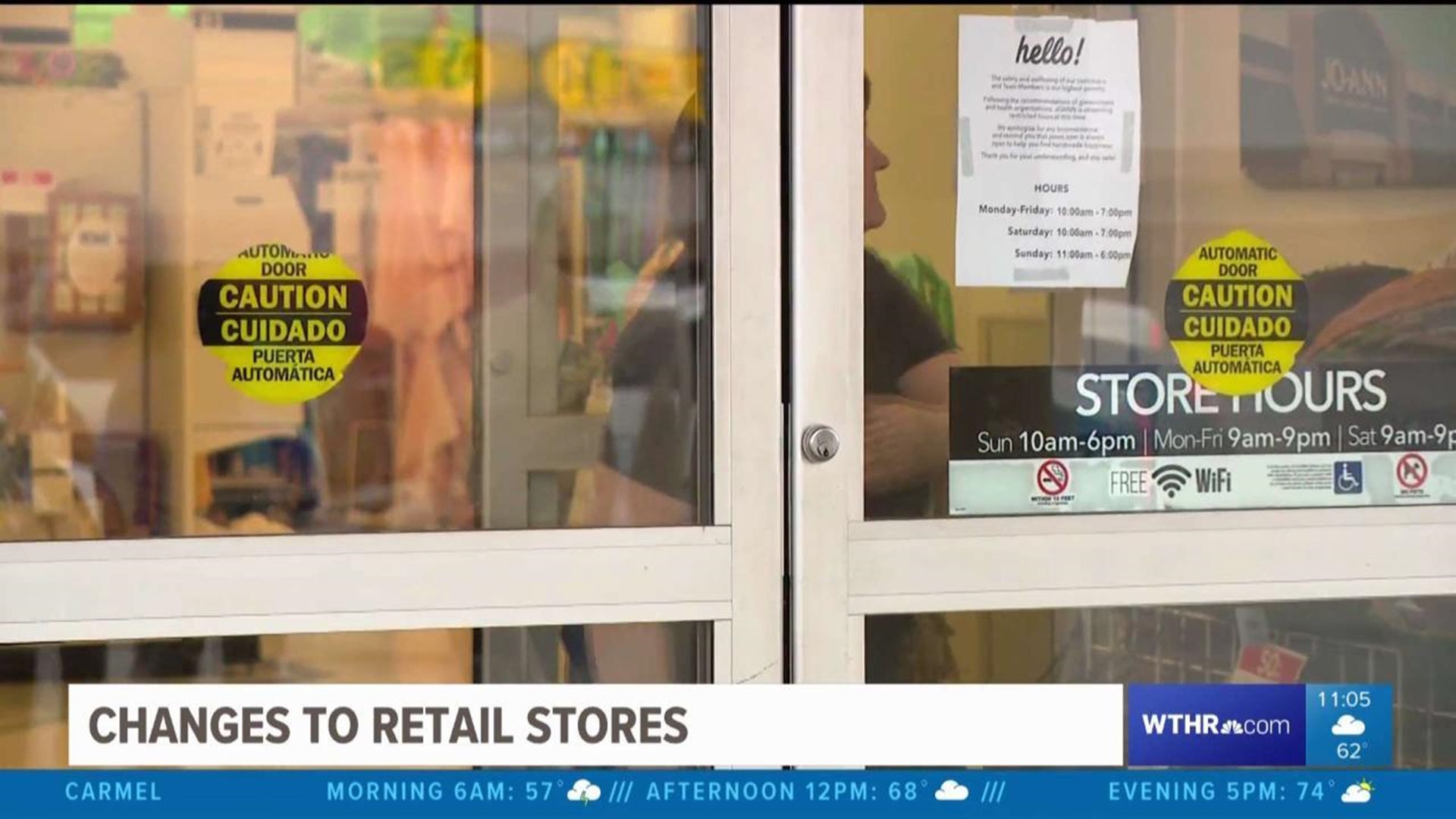 The confirmed number of COVID-19 cases in the United States has reached 337,620 as of midnight ET Monday morning, according to Johns Hopkins University. That's more than double the cases of the next-closest country, Spain. There have been 9,643 deaths in the U.S. -- nearly 1/3 of which are in New York City -- and 17,530 people recovered.

For most people, coronavirus causes mild or moderate symptoms, such as fever and cough, that clear up in two to three weeks. For some, especially older adults and people with existing health problems, it can cause more severe illness, including pneumonia and death.

“We’re going to let him do it,” said Trump, adding that the ship will will be used for patients from both New York and New Jersey.

“Hopefully that will be very helpful for both states,” he said.

Cuomo had tweeted shortly before Trump’s news conference began that the ship would add 1,000 beds staffed by federal personnel.

LIVE: President Donald Trump and the White House coronavirus task force hold a briefing from Washington. The US now...

“This will provide much-needed relief to our over stressed hospital systems,” he wrote.

The row was over how to supply millions of masks to medical professionals on the front lines of the fight against the coronavirus.

The president said that the company agreed to deliver an additional “55.5 million high-quality facemasks each month.”

It had sparked some fears that other nations would down on the shipment of medical supplies to the US.

The president said that the Army Corps of Engineers is constructing 22 field hospitals, and more than 8,000 ventilators have been sent from the Federal stockpile. Apple is said to be creating face shields at the rate of 1 million per week, according to President Trump.

"We're grateful as well to Salesforce, which has donated 48 million pieces of Personal Protective Equipment including masks, gowns, suits and face shields," President Trump said during his Monday news conference.

The President thanked other companies like Apple and 3M for their work as well.

Wall Street surged 7 percent Monday after some of world's areas hardest hit by the coronavirus outbreak offered sparks of hope that the pandemic may soon slow its spread.

It was the biggest jump for the S&P 500 in nearly two weeks, and it followed gains nearly as big in Europe and Asia. Encouraging numbers on infections and deaths came out of Italy, Spain and New York.

The price of crude fell after a meeting between big oil-producing questions was postponed. They were expected to discuss possible cutbacks of production.

Earlier Monday stocks enjoyed a bump in markets around the world after some of the hardest-hit areas offered sparks of hope that the worst of the coronavirus outbreak may be on the horizon.

The civilian employee is assigned to a field installation in the southern half of the state, ISP said. That employee has been self-quarantined since the middle of last week, but was notified of the positive test on Sunday.

Previously, two civilian ISP employees in Indianapolis had tested positive for the virus.

Gov. Holcomb to give update on COVID-19 in the state

Governor Eric Holcomb gave an update on the state of COVID-19 in Indiana.

Retail stores that provide essential items can stay open, but must abide by the following rules:

Additional changes include allowing other retail businesses to remain open if they restict sales to online or call-in ordering with delivery or curbside pickup.

All campgrounds at state parks will be closed except for those who use recreational vehicles or cabins as their primary residence.

The Indiana State Department of Health added Body Mass Index as a factor that makes someone more at risk for COVID-19 complications.

There has also been an outbreak at the Bethany Pointe Health Campus in Madison County. There has been 11 deaths and three workers are hospitalized in critical condition.

ISDH has been working with teh facility to contain and help the facility with the outbreak.

Updated numbers show 924 ICU beds being used for COVID-19 patients at Indiana hospitals. That is about 31 percent of all ICU beds. Given other patients using ICU beds, 42 percent of ICU beds are still available.

The state has not ordered additional ventilators because it did not believe they would be able to receive them in time for the surge in the coming 7 to 14 days.

State leaders again asked for patience as there has been a surge in calls for unemployment.

Right now it is taking about 21 days to process claims.

The inmates have been isolated and the staff member has been self-quarantined, according to the Marion County Sheriff's Office.

The Marion County Sheriff’s Office continues to implement and increase safety measures throughout all jail facilities, including:

Every Thursday and Friday, Carmel Market District and the 63 GetGo locations statewide have a dedicated shopping hour for first responders.

Doors will open an hour early for police officers, firefighters, paramedics, emergency medical technicians (EMTs) and other trained members of organizations connected with this type of work.

Store team members will not be asking first responders for employment verification, but the company requests that other guests respect this dedicated hour.

After the first hour, Giant Eagle and Market District stores will return to current operating hours of 7 a.m. to 9 p.m.

Carmel Market District and all GetGo locations will be closed on Easter Sunday, April 12.

Fazoli's is helping families by offering free kids meals with any purchase made through takeout, third-party delivery and drive-thru.

The offer is available now through April 12.

To order online or find a location near you, click here. To redeem this offer, enter code FREEKIDS at checkout.

The GMR Grand Prix will still be held July 4 at IMS, along with the Big Machine Vodka 400 at the Brickyard on July 5.

The 104th Running of the Indianapolis 500, initially scheduled for May 24, has been postponed to Aug. 23.

The British Open will not be played this year for the first time since 1945, with the R&A choosing to play golf's oldest championship next year at Royal St. George's and move the 150th Open at St. Andrews to 2022.

It was a major piece of golf trying to reconfigure a schedule brought on by the spread of the new coronavirus.

Golf organizations were expected to announced later Monday the PGA Championship moving to August, the U.S. Open going to September and the Masters to be played in November, two week before Thanksgiving.

All that depends on guidance from government and health authorities.

R&A chief Martin Slumbers said the decision to cancel the British Open was based on guidance from the U.K. government, health authorities and public services.

He said all tickets and other hospitality packages will be shifted to 2021 or fully refunded.

Latest breakdown of cases by age and gender

Here's a full breakdown of the age groups making up positive cases:

ISDH also broke down the deaths due to the virus. Monday, the health department reported 139 deaths. Of those deaths, 60.4 percent were men.

Here's a full breakdown of the age groups making up COVID-19 deaths:

Twelve more deaths are also being reported, bringing the total to 139.

Marion County once again reported the most new cases with 204.

ISDH reports 26,191 tests have been administered to date, around 3,500 more than reported Sunday.

Japan PM to declare state of emergency for Tokyo

Japanese Prime Minister Shinzo Abe says that he will declare a state of emergency for Tokyo and six other prefectures as early as Tuesday to bolster measures to fight the coronavirus outbreak, but that there will be no hard lockdowns.

Abe also told reporters Monday that his government will launch a 108 trillion yen ($1 trillion) economic stimulus package to help counter the economic impact of the pandemic, including cash payouts to households in need and support to protect businesses and jobs.

Abe said experts on a government-commissioned task force urged him to get a state of emergency ready as the COVID-19 outbreak is rapidly expanding in major cities including Tokyo. He said the state of emergency will cover Tokyo, Osaka, Fukuoka and four other hard-hit prefectures, and will be in effect for about a month.

The state of emergency comes less than two weeks after International Olympic Committee announced the 2020 Olympics in Tokyo would be postponed to 2021.

The confirmed number of COVID-19 cases in the United States has reached 337,620 as of midnight ET Monday morning, according to Johns Hopkins University. That's more than double the cases of the next-closest country, Spain. There have been 9,643 deaths in the U.S. — nearly 1/3 of which are in New York City — and 17,530 people recovered.

For most people, coronavirus causes mild or moderate symptoms, such as fever and cough, that clear up in two to three weeks. For some, especially older adults and people with existing health problems, it can cause more severe illness, including pneumonia and death.

"Perhaps I am a particularly robust 59 year old - I like to think I am - or was blessed with getting only a mild case of Covid 19 - but after a week or so of what I would describe as a 'Turbo-charged Flu', I came out of it feeling okay- although I must admit I didn't mind the quarantine as it gave me the chance to really recover," Taylor wrote.

Washington Gov. Jay Inslee said the state will return more than 400 ventilators of the 500 it has received from the federal government so they can go to New York and other states hit harder by the coronavirus.

The Democratic governor said Sunday that his statewide stay-at-home order and weeks of social distancing have led to slower rates of infections and deaths in Washington.

Washington state has 7,666 confirmed cases of the virus and 322 deaths, according to a Johns Hopkins University tally on Sunday afternoon. New York has more than 122,000 confirmed cases and more than 4,000 deaths.

Just days after recommending that people wear masks to prevent the spread of the coronavirus, a county in Southern California went a step further and ordered all residents to cover their faces when leaving home as the number of infections and deaths continued to rise across California.

Dr. Cameron Kaiser, the top health officer in Riverside County, said “not everybody's getting the message” about social distancing while in public, so officials were forced to "change from saying that you should to saying that you must.”

The order issued over the weekend also prohibits all gatherings except for family members living in the same home, and police would enforce the regulations “as they deem necessary,” a county statement said. Nineteen people have died of COVID-19 in the county. On Sunday, officials reported that 30 people at a skilled nursing facility in Riverside have tested positive for the coronavirus.