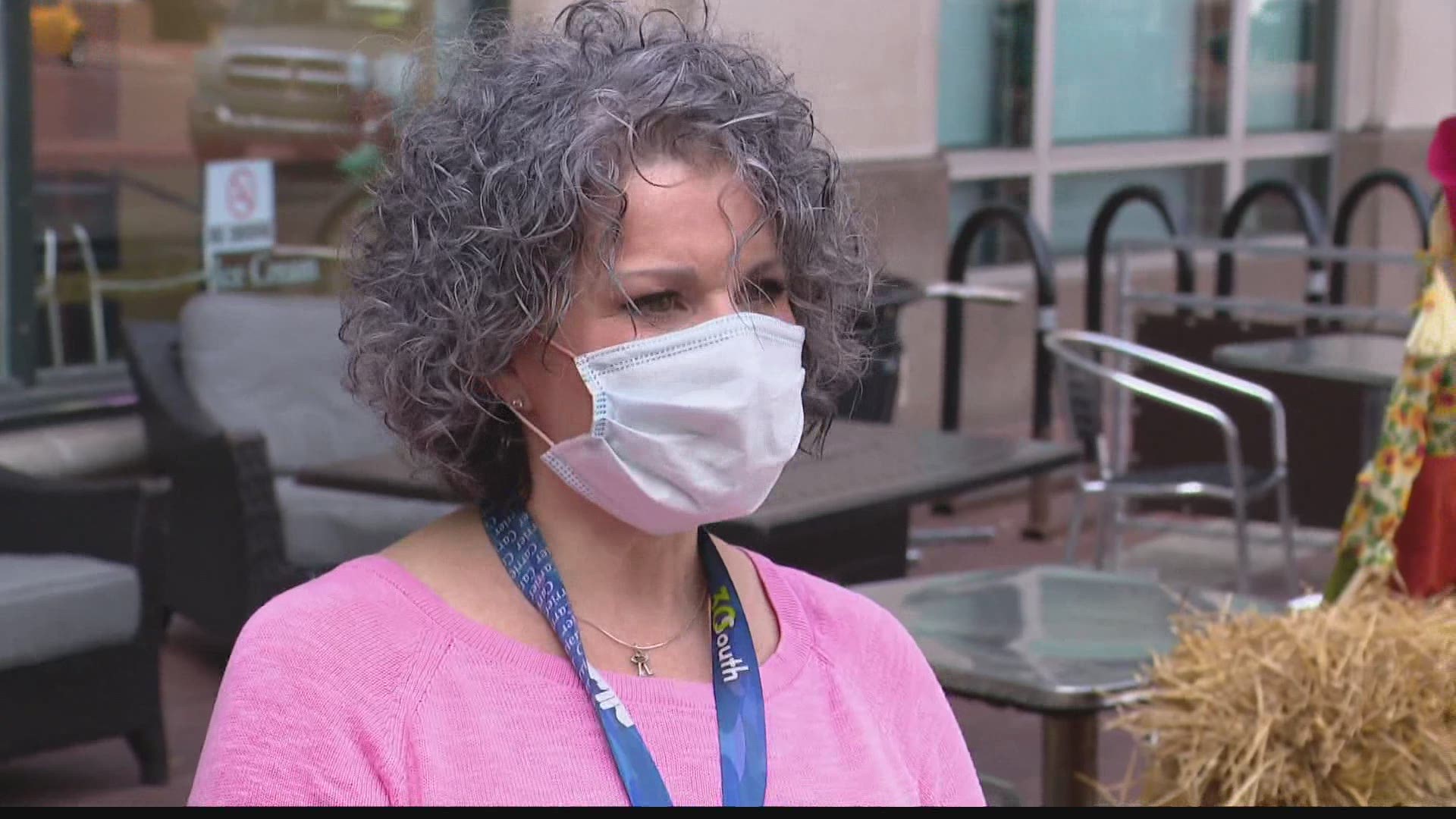 Before a news conference Tuesday morning, University of Nebraska system president Ted Carter was caught on a hot mic saying an announcement about a possible fall football season for the Big Ten would be coming later Tuesday.

"We're getting ready to announce the Huskers and Big Ten football tonight," Carter told Bob Hinson, director of the National Strategic Research Institute, according to a video posted by KETV in Omaha, Nebraska.

Asked later on about the comments, Carter claimed what was caught on the mic was taken out of context.

"I think that was picked up a little out of context," Carter told KLKN television. "All I said is there's work going on and we remain cautiously optimistic, like everybody else, that we'll get to discovering when it's safe to play."

A Scecina High School football player has tested positive for COVID-19, leading the school to suspend practice and cancel the Sept .25 game against Lutheran High School.

The student tested positive on Sept. 13. He was not showing any symptoms at the time of his test and still is asymptomatic. The player believes he was infected at a non-school-related event. No other players or coaches have tested positive or shown symptoms of the virus. Players and coaches who were in close contact with the student are quarantining through Sept. 26.

Scecina was not previously scheduled to play a football game Friday, Sept. 18.

The state is reporting 758 more positive cases of COVID-19 and 20 additional deaths. Only two more deaths were reported Monday. That brings the total numbers to 107,229 positive cases and 3,235 in the state.

Sun King Brewery has partnered with an Indiana-based HVAC company to install new air cleaning systems in all locations to help eliminate the coronavirus.

iAIRE ionization indoor air cleaning systems are independently proven to remove 90 percent of human coronaviruses — including the one that causes COVID-19, according to a press release from the brewery. The new systems have been installed at all Sun King breweries, tap rooms and distilleries.

Researchers at the University of Pittsburgh School of Medicine say they have isolated "the smallest biological molecule to date," which according to scientists, "completely and specifically neutralizes" the coronavirus, or SARS-CoV-2, the virus that causes COVID-19 disease.

The findings have been published in the journal Cell and according to the study, the molecule that has been discovered is 10 times smaller than a full-sized antibody.

The biological molecule has been used to make a new drug, currently known as Ab8, which researchers hope could potentially be a viable and effective therapeutic, and even a prophylactic to treat and protect against SARS-CoV-2.

VERIFY: No, a simple wave of a UV light will not kill bacteria and viruses like COVID-19

During the pandemic, one of the sanitation methods promoted to destroy the COVID-19 virus from surfaces is using UV light. On April 23, President Donald Trump said in a news conference: “…the whole concept of the light, the way it kills it in one minute - that's pretty powerful."  In the same news conference, Acting Under Secretary William Bryan spoke about UV light cutting down the half-life of the COVID-19 virus to just minutes.

Ultraviolet light has indeed been proven to wipe out germs. It destroys the actual DNA of bacteria.

And it's been used for years to disinfect water, hospital surfaces and medical instruments. 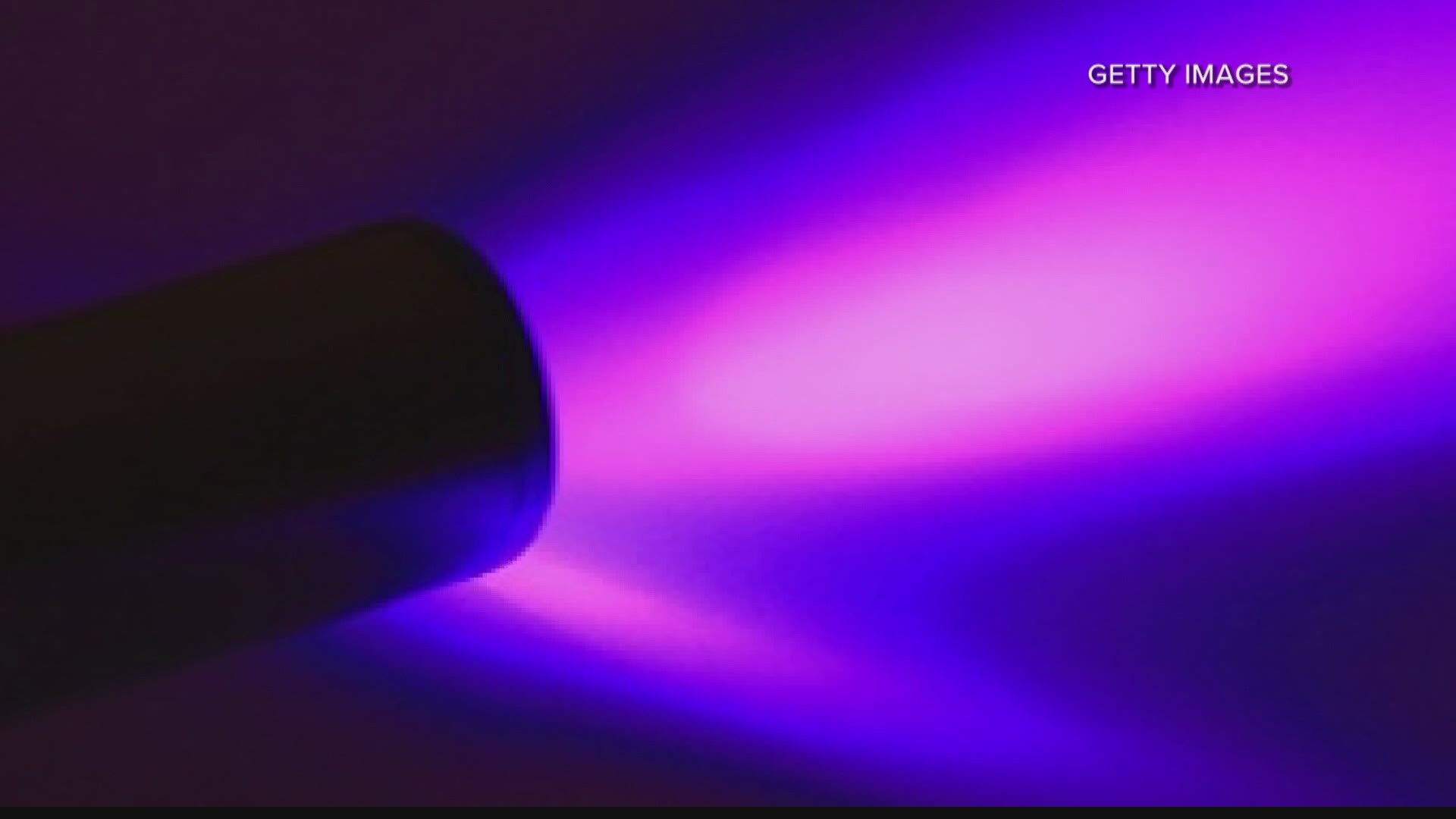 But here's the thing. According to the CDC and NSF International, a lot of factors influence how effective UV light is — most importantly its intensity and how long the surface is exposed to that light.

"You have to design it, operate it, and maintain it properly, and you have to use it properly for it to work and the difficulty with a lot of the consumer products is they're not designed properly or they're not used properly," said Dr. James Malley, president of the International Ultraviolet Association.

Kim Trautman is vice president at NSF International. She has more than 30 years of experience in medical device quality systems and international regulatory affairs. She said a big disadvantage for relying on UV light to kill germs is that UV light can be blocked by a lot of things…the very things where germs tend to live.

"So dust, body oils, sitting inside woven fabric where the light can't get to it easily," she said.

Another concern is that UV light can be really dangerous if it touches our skin or eyes.

"In general, we suggest they use something more straightforward: alcohol wipes on your cell phone, for example, until we get to a place where there's a validation system for these products," Malley said.

So we can verify that UV light can kill germs. As for claims that it will kill "all bacteria and viruses just by waving the light over the surface" — our experts say a quick wave of a wand is false.

The U.S. on Tuesday issued a sweeping new advisory warning against travel to mainland China and Hong Kong, citing the risk of “arbitrary detention" and “arbitrary enforcement of local laws."

The advisory is likely to heighten tensions between the sides that have spiked since Beijing’s imposition on Hong Kong of a strict new national security law in June that has already been met with a series of U.S. punitive actions.

“U.S. citizens traveling or residing in China or Hong Kong, may be detained without access to U.S. consular services or information about their alleged crime. U.S. citizens may be subjected to prolonged interrogations and extended detention without due process of law," the advisory said.

When in Hong Kong, U.S. citizens are “strongly cautioned to be aware of their surroundings and avoid demonstrations," the advisory said.