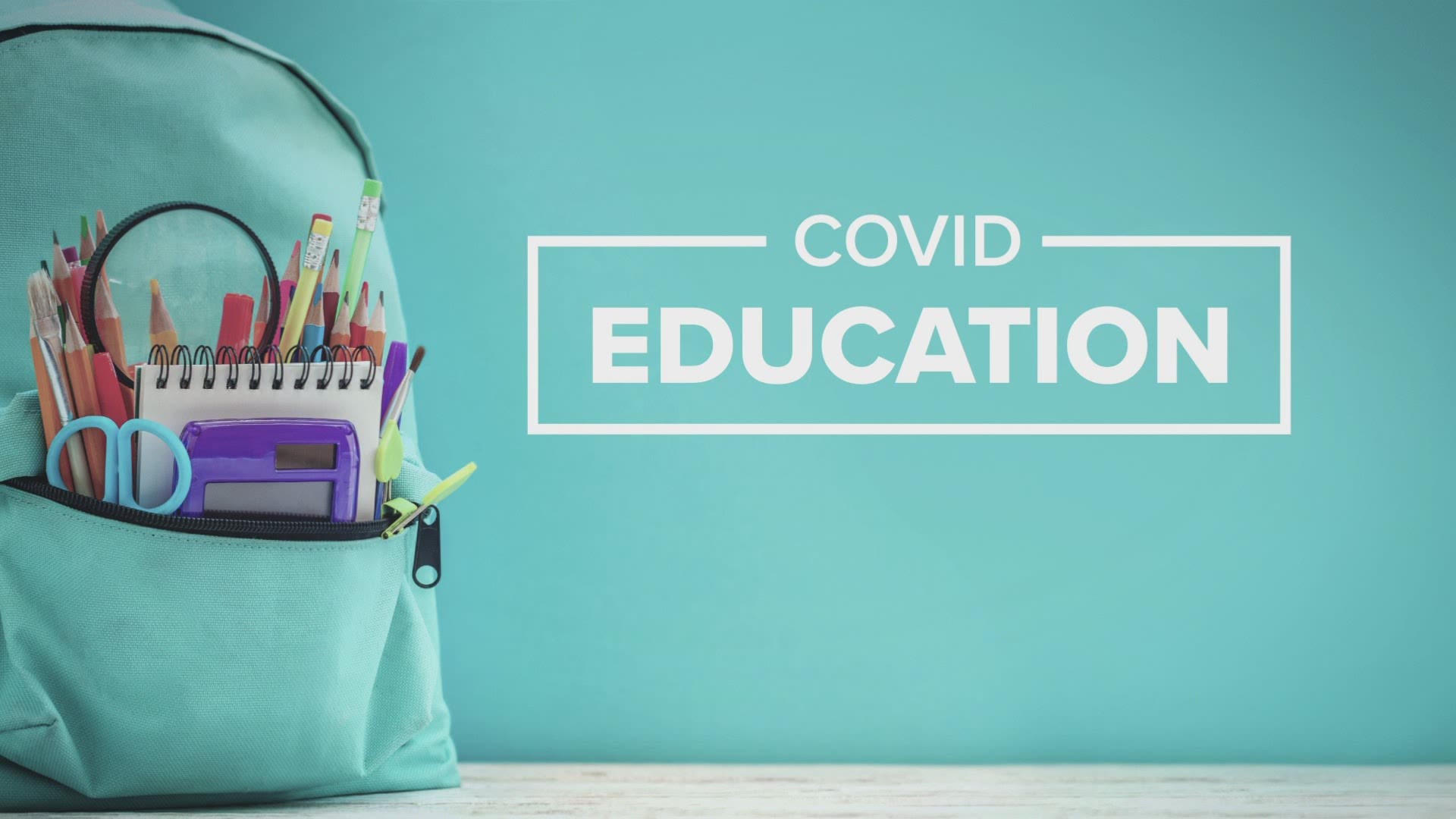 All pool visitors must wear masks while not in the water and when social distancing is not possible.

ISDH reports there are 662 new, confirmed cases of COVID-19, totaling 52,685 cases in the state. Additionally, 13 more Hoosiers have died from the virus.

The state's death toll is 2,582. Positive test results in the state remain around 9 percent of all tested.

After more than 8,000 tests were reported over the last day, 578,409 Hoosiers total have been tested. The state has a positive testing rate of 9.1 percent.

The Wayne Township school board unanimously approved a request to delay the start of the 2020-21 school year by two weeks Monday night. Students will now return to school Aug. 12.

"Moving the date back will help us ensure that we have the things we need in place regarding both technology and PPE to give our students the best start possible to the school year," said district spokesperson Mary Lang.

According to a report from CTV News in Canada, the United States and Canada have agreed to extend its border closure until at least Aug. 21 to prevent the spread of COVID-19.

The closure originally went in to place in March and has been extended every month since. Currently, only essential travel is allowed to cross the border. Examples of essential workers are vital health care workers and workers facilitating the flow of trade.

CTV's report says that immediate family members of Canadian residents will still be allowed to cross the border as well, as long as they plan to stay in the country for at least two weeks.

At this point, the elementary and middle schools will open as planned with students attending on a regular schedule.

Carmel High School will have half the students attending each day on a "blended" schedule. That means alternating days of in-school and virtual learning.

The more detailed plan will be going out to parents this week, and the district will continue to assess as Aug. 11 approaches.

The virtual meeting is closed to the public, but ISTA President Keith Gambill will go live on Facebook at 3 p.m. ET to recap the meeting and discuss the next steps.

In June, Gambill submitted concerns and requests of educators from across the state on school re-entry. That list includes providing clarity around when schools should close and/or reopen due to COVID-19 spikes.

There have been 3.36 million confirmed cases of COVID-19 in the U.S. as of 3:30 a.m. ET Tuesday, according to Johns Hopkins University. There have been more than 135,000 deaths and 1.03 million people recovered.

Worldwide, there have been 13.1 million confirmed cases with more than 573,000 deaths and 7.25 million recovered.

Northwestern Indiana beach to be shut down due to virus fears

A beach along Lake Michigan in northwestern Indiana will be shut down as part of efforts to stem the spread of the COVID-19 virus.

Stahura said large crowds at the beach have been unable to consistently follow social distancing guidelines amid the coronavirus pandemic.

Whiting Lakefront Park also will be closed to vehicular traffic starting Wednesday. Bike and walking trails will remain open for pedestrian use.

The Indiana State Department of Health said Monday that 452 additional virus cases have been confirmed, bringing the state’s total to more than 52,000.

State Representative Blake Johnson wrote a letter to Governor Eric Holcomb, asking him to mandate the use of masks statewide.

Johnson, president of Indy Hub, believes such a mandate would be no different than requiring Hoosier drivers not to use their phones will driving, which took effect July 1.

So far, Johnson hasn’t heard back from the governor about his request.

I’ve asked the Governor for a statewide mask requirement. This is painfully personal. My mom has MS & is at greater risk. Why does her life matter less than the personal comfort & conveniences of those who refuse to believe the science & adhere to calls to “do the right thing”? pic.twitter.com/J6IdsaQWXx

“I hope people don’t look at it as inconvenient, but look at it as cool, like, ‘I’m doing my part, my patriotic duty to try to get us through this sooner rather than later,’” Holcomb said in a July 1 media briefing, where he announced the #MaskUpHoosier campaign.

RELATED: West Lafayette mask order in effect; up to $250 fine