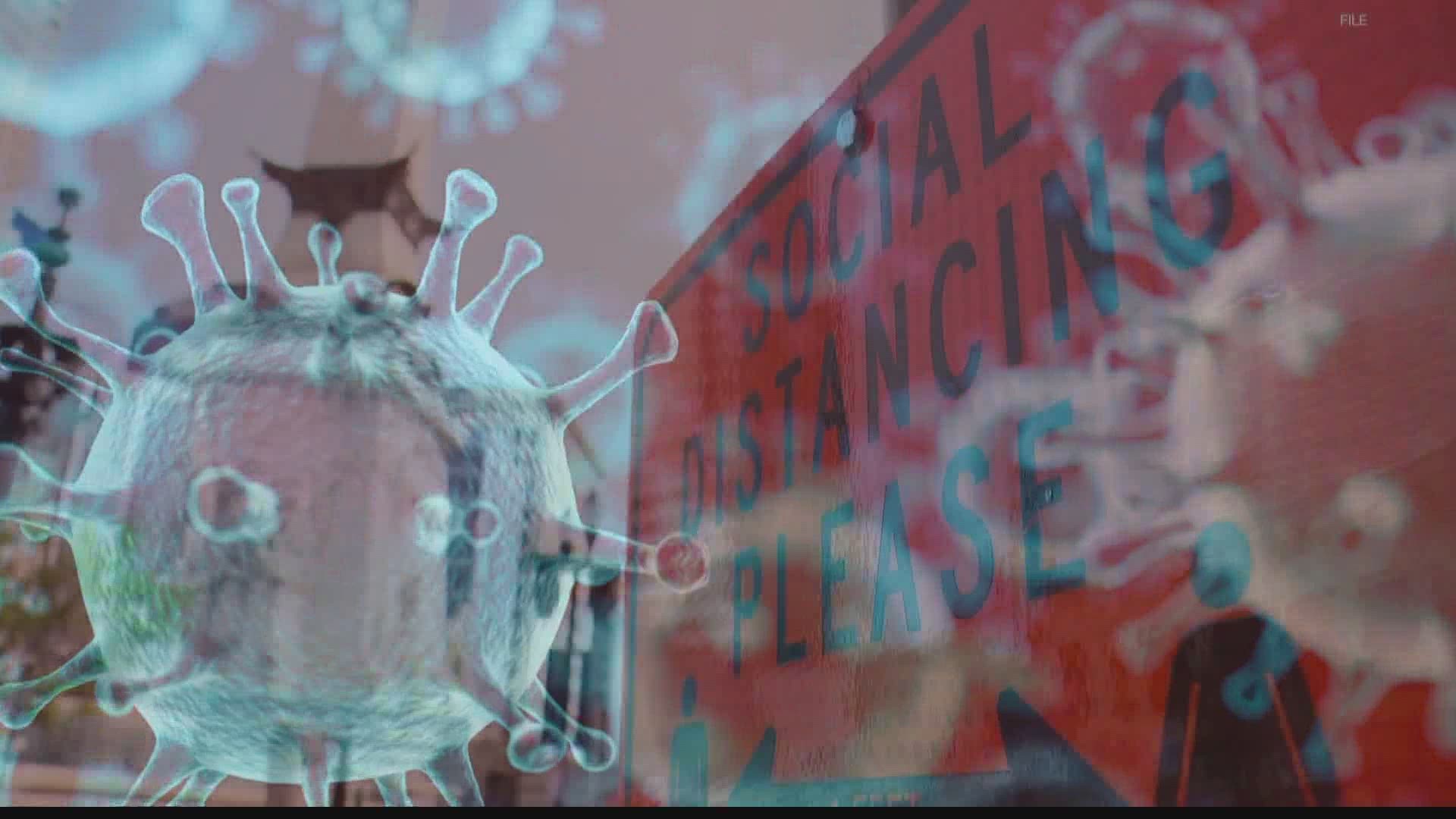 Hamilton County said protecting the community and employees from the rising number of positive COVID-19 cases has "placed an immeasurable strain on resources and could soon exhaust emergency funding."

“Unfortunately, with the spike of COVID cases in the county and central Indiana the Commissioners foresee the need for additional resources to deal with this pandemic,” said County Commissioner Christine Altman. “The Emergency Declaration will enable the County and our Emergency Management Agency to move quickly to procure necessary supplies, personnel, and equipment and to qualify for emergency funding.”

The declaration will allow the county to request assistance and potential reimbursements from the State of Indiana and federal agencies.

“In the meantime, we ask everyone to take action to protect themselves and as importantly to protect others from this virus,” Altman said. “Our mission has been and will continue to be the health and well-being of our residents. We hope that everyone will consider the impact to our friends and family in how we celebrate the upcoming holidays.”

A disaster emergency declaration must be reapproved every week. This one will last until Nov. 27.

The Governor and First Lady have been quarantining since Tuesday after several members of their security detail tested positive for COVID-19. The governor and his wife were determined to be close contacts.

The Governor and First Lady received both an Abbott rapid test and a nasopharyngeal PCR test, and had negative results on both. They are doing well and are not experiencing symptoms.

They will continue their 14-day quarantine and can resume a normal schedule on Tuesday, Dec. 1.

There have also been 63 more deaths from COVID-19 reported. That brings the state total to 4,952.

The Carmel City Hall is closed to the public until further notice. Mayor Jim Brainard previously announced the building would be closed from Nov. 6-20. Friday, the closure was extended indefinitely.

"We must remain diligent in our fight against this disease as our hospitals fill with people suffering from COVID-19. This is not the time to relax our standards. We need to limit our social interactions," Brainard said in a statement.

All city services will continue and necessary meetings will be held virtually while the office is closed.

Gov. Holcomb's campaign has announced all celebratory events around his re-election will be postponed due to the ongoing pandemic.

“While we’d love to celebrate our historic victories together to usher in the second term of Governor Holcomb, the time just isn’t right to do so. It remains our full intent to appropriately celebrate the governor’s reelection with the entire team that made it possible when circumstances allow. We’ll update our supporters later as to when that might occur," said Kyle Hupfer, Holcomb's campaign manager.

Details on Holcomb's swearing in for his second term will be announced by the governor's office at a later date.

Pfizer seeking emergency use of its COVID-19 vaccine in US

Pfizer said Friday it is asking U.S. regulators to allow emergency use of its COVID-19 vaccine, starting the clock on a process that could bring limited first shots as early as next month and eventually an end to the pandemic — but not until after a long, hard winter.

The action comes days after Pfizer Inc. and its German partner BioNTech announced that its vaccine appears 95 percent effective at preventing mild to severe COVID-19 disease in a large, ongoing study.

The companies said that protection plus a good safety record means the vaccine should qualify for emergency use authorization, something the Food and Drug Administration can grant before the final testing is fully complete. In addition to Friday's FDA submission, they have already started “rolling” applications in Europe and the U.K. and intend to submit similar information soon.

How much vaccine is available and when is a moving target, but initial supplies will be scarce and rationed. Globally, Pfizer has estimated it could have 50 million doses available by year's end.

About 25 million may become available for U.S. use in December, 30 million in January and 35 million more in February and March, according to information presented to the National Academy of Medicine this week. Recipients will need two doses, three weeks apart.

Worldwide, there have been more than 56.92 million confirmed cases with more than 1.36 million deaths and 36.56 million recoveries.

The U.S. reported more than 2,000 deaths from coronavirus for the first time in more than six months Thursday. It came as the White House put an optimistic view on plans for a vaccine rollout, but as the nation's top health agency urged Americans to not travel for Thanksgiving.

There were 2,015 deaths due to COVID-19 Thursday, according to a Johns Hopkins University tracker that reported the daily total just before 2 a.m. EST Friday. That's the first time since May 6 the one-day toll crossed 2,000. The U.S. also had a record number of daily cases Thursday with 187,833.

Additionally, there was a record number of U.S. COVID-19 patients in the hospital (80,698) and in intensive care (15,573), according to the COVID Tracking Project. Nearly 4,900 were on ventilators. Those hospital numbers are key because some facilities are struggling to keep up with non-coronavirus cases ranging from broken bones to heart attacks in states where COVID-19 cases are tying up resources.

$1,200 stimulus checks: Saturday deadline for some who haven't received it

Saturday at 3 p.m. EST is the deadline for some Americans who have not yet received their $1,200 coronavirus stimulus check, or $500 supplemental payment for qualifying children, to apply.

Congress passed the CARES Act in March, giving individuals who made $75,000 or less, or couples who made $150,000 or less, a one-time direct payment of $1,200. Those with dependent children under the age of 17 received an additional $500 per child.

But not everyone, particularly those with little to no income, has received their payments.

The IRS says anyone who was not required to file a tax return in 2018 or 2019 can register for the Economic Impact Payment by using the non-filers tool before the deadline. These typically involve low-income families — below $12,200 annual income for individuals or below $24,400 for married couples who cannot be claimed as a dependent by others.

Those using the non-filers tool can get direct deposit or have a check mailed to them. Status of the payment can be tracked online two weeks after the registration.