How early is too early for the flu shot?

Children are already coming home with an illness as we are barely into the school year. When is the best time to get the flu shot? 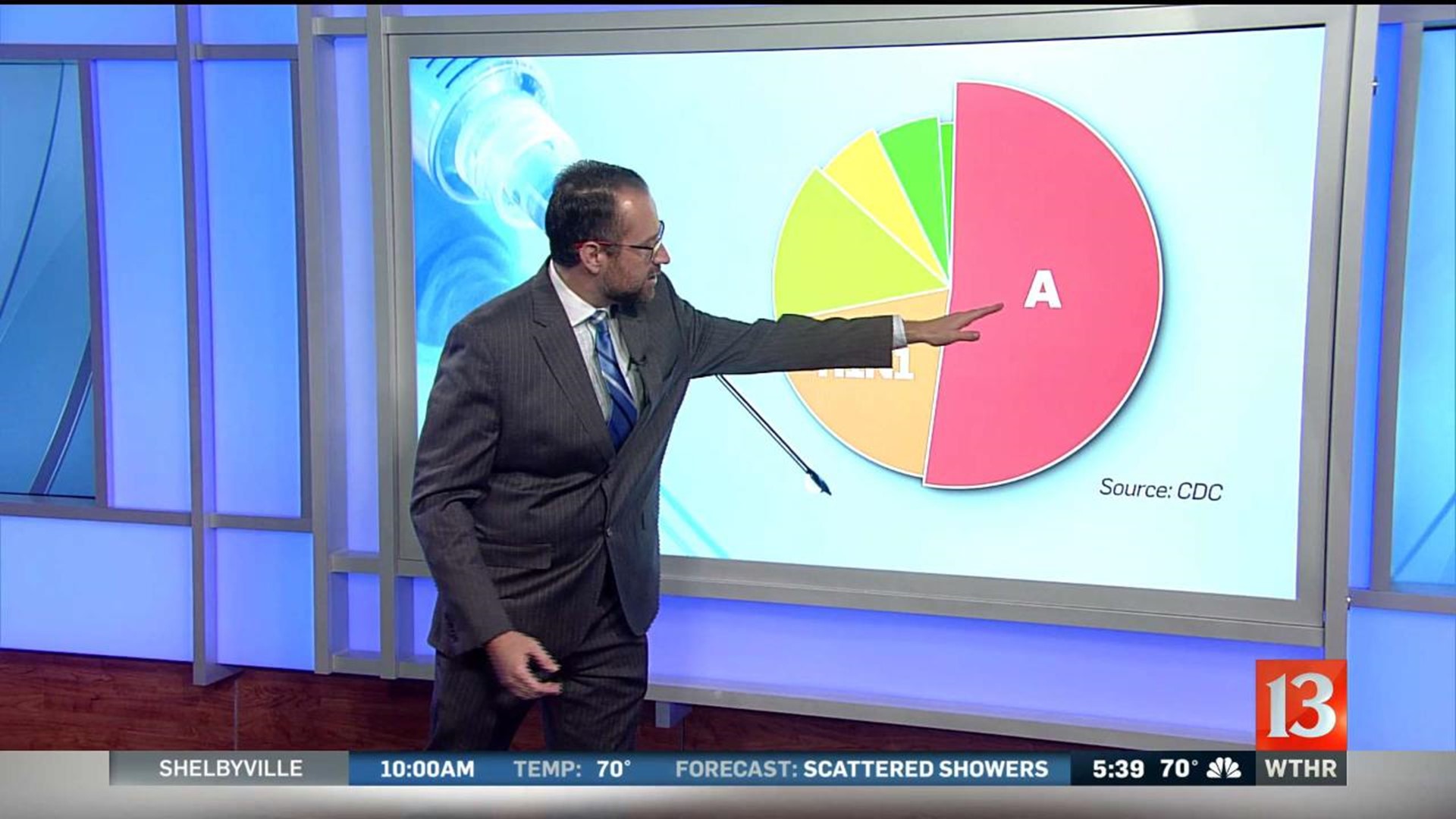 INDIANAPOLIS (WTHR) — Just days into the new school year, children are already coming home with an illness, which is leading many to wonder about the upcoming flu season.

The CDC says that type A (also referred to as H3) and H1N1 are the two main strains to keep an eye on, but there’s a twist this year in the vaccine.

“The strains of the influenza are a little bit different, and it took a little bit of time to decide which to use, so the vaccine got a little bit delayed. There are supplies available, but it may be a little harder to get late in the season, so the earlier you can get it, I would go ahead and get it,” Dr. Steve Samuels said.

With many clinics and some retail stores advertising the flu shot now, how early is too early?

“Mid-September is a great time to start because the vaccine lasts about six months, so if you think about the flu hitting hard in February, March, and sometimes into April, you want to make sure you're immune during that time frame,” Dr. Samuels said.

The flu season starts in the southern hemisphere — think South America — and global leaders quickly study it to determine what the rest of the world will see, including Indiana.

“The height of the season in Indiana is frequently a little later — February and March — so we want to make sure you don't get the shot too early; otherwise the vaccine may wear off when we get in the height of the flu season,” Dr. Samuels said.

He says the vaccine is 60-90 percent effective, and it takes about two weeks for it to take effect.

With so many options out there, Dr. Samuels says the tried and true traditional options is preferred.

“I recommend the shot form. We don't even stock the nasal form because the nasal form is a live vaccine, so if a patient's immune system is compromised, they could actually get the flu from the nasal vaccine,” he said.

With it being a live vaccine, he says there's a slight chance of getting sick from it; however, Dr. Samuels says it's impossible to get the flu from the flu shot.