The HCG Diet: What you should know

Those on the diet take drops of HCG every day and they are limited to a 500 calorie diet. 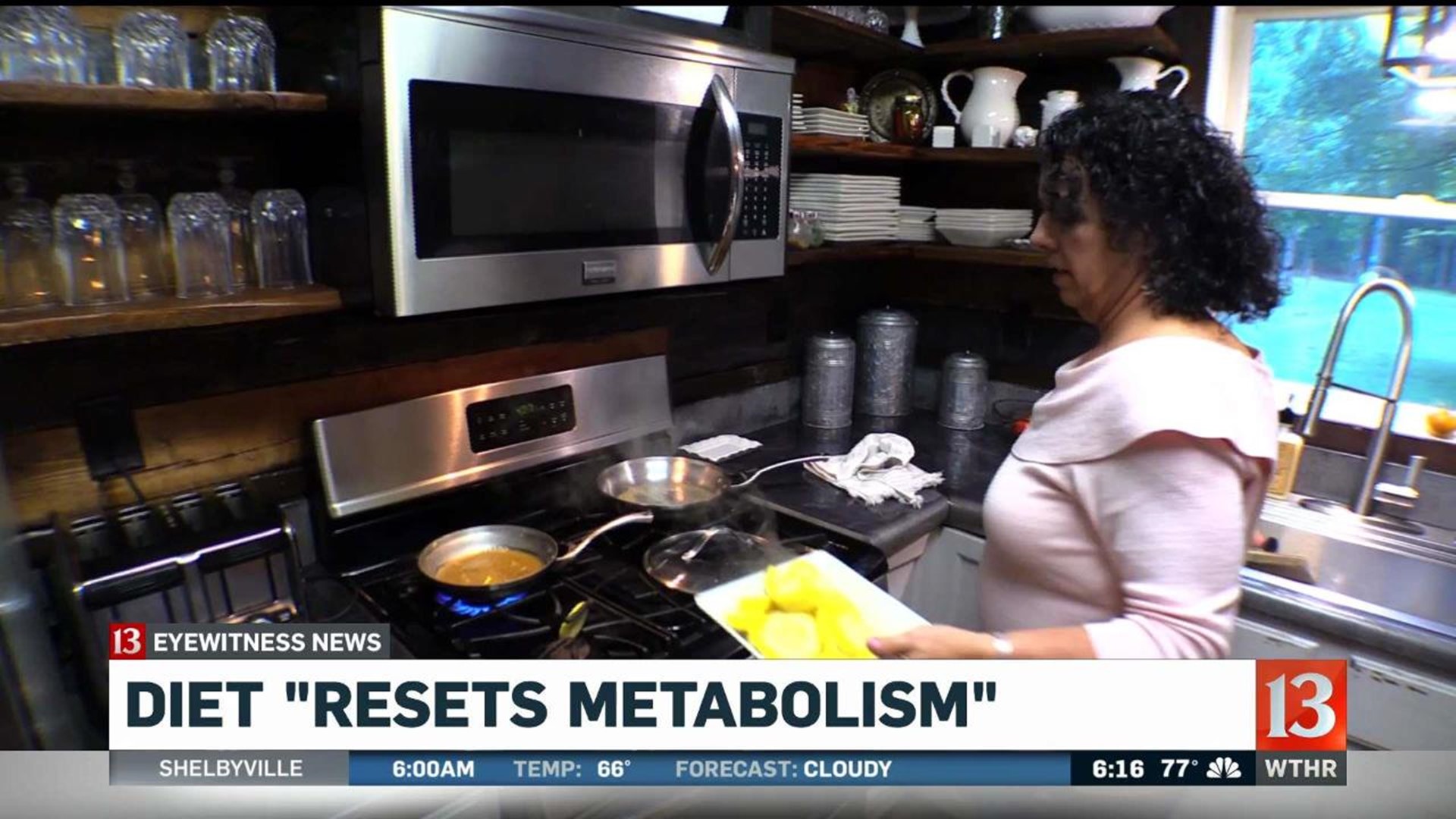 HENRY COUNTY, Ind. (WTHR) — Pam Frank loves the beach, working in her garden and teaching classical piano. Life is good for this 56-year-old Henry County mother of four. She has changed, quite literally.

Frank struggled with her weight for years.

"I was in the 190s (lbs)," said Frank. "I was done being overweight. I tried Weight Watchers. I tried cutting back carbs and tried exercise. Tried Keto. Just no success. I hit menopause. More weight came on. Over the last few years, it became a real health issue. I had high blood pressure. I was very close to being diabetic. My cholesterol was not good. My physician kept saying you've got to do something about your weight. I felt like my metabolism was stuck."

She is not alone.

"The number one complaint is I can't lose weight. How can I lose weight? I'm doing all these things to lose weight. I'm on the right calorie restriction. I'm exercising. Why can't I get this weight off," said nurse practitioner Taylor Johnson. The Men's and Women's Specialty Health Centers in Noblesville, specializes in menopause therapy and also offers the HCG diet.

"HCG is a hormone that we produce when we're pregnant. It releases the fat stores to the fetus," said Johnson. "When we're not pregnant and we take this hormone, it can release its fat stores while protecting your muscle mass. There's healthy fat that your body needs to keep your body going. What we're looking at is the bad fat, the stored fat that you don't really need," said Johnson.

For women like Pam Frank, stored fat ends up in a variety of places on your body.

"Most women, especially our menopausal women complain of belly fat. So, their mid-section, they're experiencing a lot of fluid retention and weight in that area," said Johnson.

Johnson says other women have stored fat in their neck, face, arms and hips.

Those on the diet take drops of HCG every day and they are limited to a 500 calorie diet. Most participants don't eat at restaurants. Instead, they are carefully weighing food and cooking meals at home.

"Putting the food together wasn't going to be the issue for me. It was going to be the consistency, like every day it was going to be this way," said Frank. "You're limited to three and a half ounces of protein and fruit a day. The vegetable portion is a little bit bigger than that because you're wanting to get to the 500 calories."

"I use a lot of fresh herbs, a lot of seasonings. I just get creative. It can get boring at times. But again, it's a mindset. It's just a short amount of time. It makes it easier to stick with it," said Frank. "There are 10-15 fruits you can't do. I can't do bananas. I can't do watermelons. They don't want you to mix fruit or vegetables. So, it'll be just strawberries or just blackberries in one serving as opposed to a fruit salad."

"It kind of resets their metabolism. What we're going down to is fruits, vegetables and protein. So, we're taking out sugars, complex carbs, alcohol. Getting it to the most basic things your body is easily able to digest," said Johnson. "After three weeks, we expect their metabolism to be reset so hopefully, they're more receptive to weight loss in the future."

"A big factor we see is women coming to us with other issues going on. Hypertension, high cholesterol, pre-diabetics. Losing weight reverses some of those processes, takes them off medication. They may not have to take those anymore because their weight was contributing to that issue," said Johnson.

Who should not be on it

Nurses will run lab tests on the participants. If there are any concerns, nurses will contact the patient's primary care physician. Pam Frank has weekly appointments. Nurses take measurements, monitor her blood pressure and check her weight. Participants are given vitamins. Nurses take photos to document the process.

"We do not encourage exercise during the program. They're able to maintain their daily life activities. But, while they're on the program, the calorie restriction is probably a little too much to be doing rigorous exercise," said Johnson.

"If they're severely diabetic or brittle diabetic, someone needing to adjust their insulin levels, being on a severe calorie restriction would not be something I would advise," said Johnson.

Those who have spent the $650 to participate believes the 28 day program works.

"If you follow the protocol, you will lose the weight," said Frank.

Pam Frank lost 21 pounds in one month. She stayed on the HCG diet for four months and the pounds kept coming off.

She has lost 25 inches on her body. Most important, Pam Frank feels healthier than ever before.

"I have so much energy. I thought being on this restrictive calories, that I would be tired. I'm not. I get up at 5:30am. I go until 9 or 10 o'clock at night," said Frank. "My cholesterol, my doctor says, is almost perfect. I'm no longer close to being diabetic."

But, the HCG diet is not FDA-approved. The Mayo Clinic reports side effects like fatigue, irritability, restlessness, depression and a risk of blood clots.

Frank did not experience any of those problems. The HCG diet worked for her.

"I had to go and buy a new top because I didn't have anything that fit. So, I've gone from extra larges to mediums. My closet is almost empty," said Frank. So, this fall I get a wardrobe. So, that's fun."

These days, music is not the only thing bringing happiness into her life. Pam Frank loves how she feels. And, she will keep pictures on the refrigerator from those heavier days as motivation to keep the weight off.