Using spare parts, a Minnesota doctor said his team has come up with a low-cost solution to the ventilator shortage. 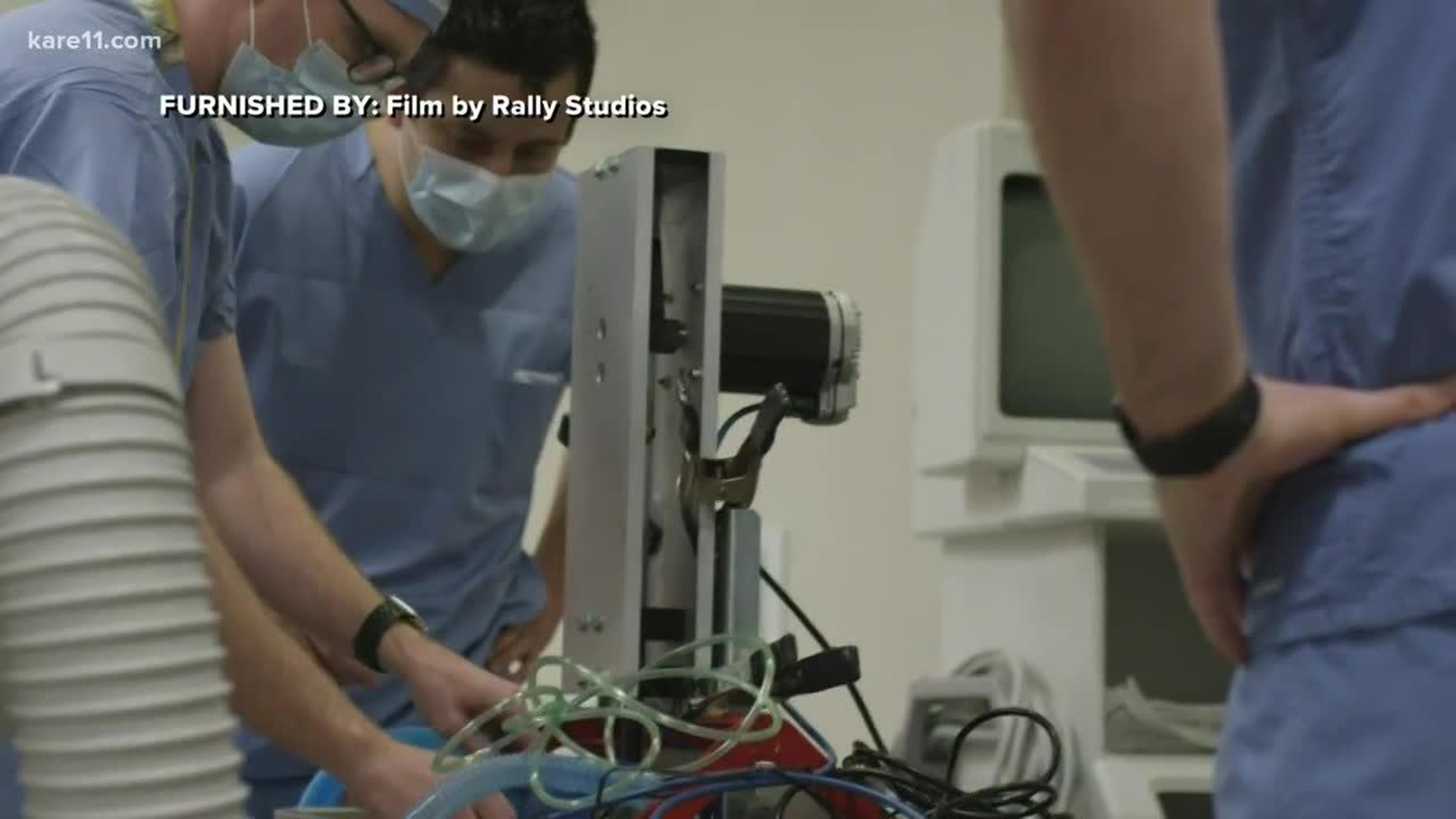 MINNEAPOLIS (KARE) — A red toolbox, a block of wood and spare machine parts. It’s not exactly the hi-tech machinery you envision a medical ventilator to be.

Richardson, a cardiac anesthesiologist at the University of Minnesota, said other medical professionals and he have been bracing for the grim reality that there are not enough lifesaving ventilators to go around for the expected onslaught of coronavirus cases.

Ventilators help patients breath and can be the difference between life and death for the most serious COVID-19 cases.

“Just like wham, this idea kind of came into my head,” Richardson said. He recalls thinking, “‘I wonder how we could just automate using an Ambu bag…could we make a machine that could squeeze that for us?’”

“Ambu” bags are the readily available equipment paramedics use to manually resuscitate patients.

“I called him and said, ‘I think we can build a ventilator.’”

“I think we can do this,” McGurran said after consulting with his engineers.

In a matter of hours, they had a working prototype from scavenged parts soldered together.

“In the most basic of terms, it’s an electric motor that turns a crank that pushes a piston up and down,” McGurran said. “That piston pushes on the Ambu bag.”

Richardson said he took the prototype ventilator back to the University of Minnesota on March 15, hooked it up to an anesthesia machine and it worked.

Fast forward a week, and the rapidly growing team is already nearing completion of their fourth prototype, has run successful tests on pigs and has manufacturing partners from around the country coming online.

“We have a ventilator that I would be comfortable with someone taking care of me (with) in an ICU or in an operating room,” Richardson said.

FDA approval is the biggest remaining hurdle, since the agency typically moves slowly as it reviews the safety of devices before allowing their use in clinical settings.

But with the threat of COVID-19, the FDA has already granted emergency use authorization for personal protective equipment and lab diagnostics and could soon do the same for ventilators.

The team working on the project is giving away their design for free online and has already received calls from people in Pakistan and Saudi Arabia asking about the latest prototype which could be completed as soon as Monday, March 23.

They hope to be mass manufacturing the low-cost ventilators within two weeks.