Hyperbaric chambers have been around for years, but doctors are still discovering all the benefits. 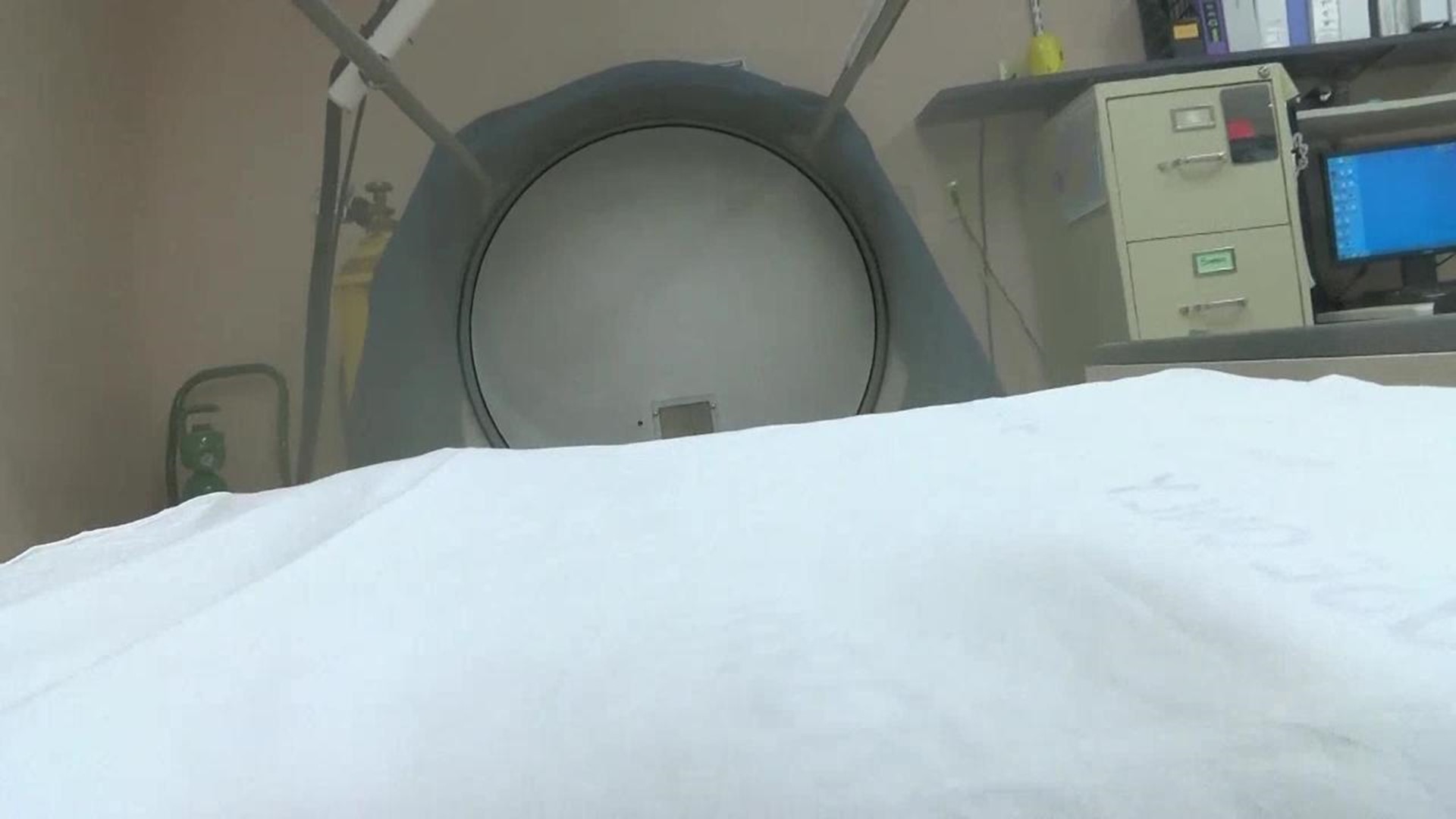 LAKE CHARLES, La. (KPLC) — Chambers filled with nothing but oxygen are helping patients — especially those with chronic, non-healing wounds — heal.

We are typically exposed to about 23 percent oxygen in the earth's atmosphere. But in these chambers, patients fill their bodies and open wounds with nothing but 100 percent oxygen.

"We put them under pressure at two atmospheres and what happens is that 100 percent oxygen is pushed into the body," said Peshoff. "So it goes into the plasma so where they normally don't have a good amount of blood flow, they do with this."

The treatment is mostly used for patients suffering from diabetic issues, open sores, or recovering from an amputation. But it's also used as a preventative measure for cancer patients.

"Patients who have received radiation therapy ... they can develop wounds later on," Peshoff said. "They can bump their leg in an area that's been previously radiated, and then it won't heal."

Peshoff says they can put those patients in a chamber for treatments, get oxygen to the area, and help the healing process.

Hyperbaric chambers have been around for years, but doctors are still working to find out everything the chambers are capable of doing.