Doctor provides advice for parents sick with the flu

The flu has claimed more than 20 lives in Indiana and it's making life miserable for thousands of people. 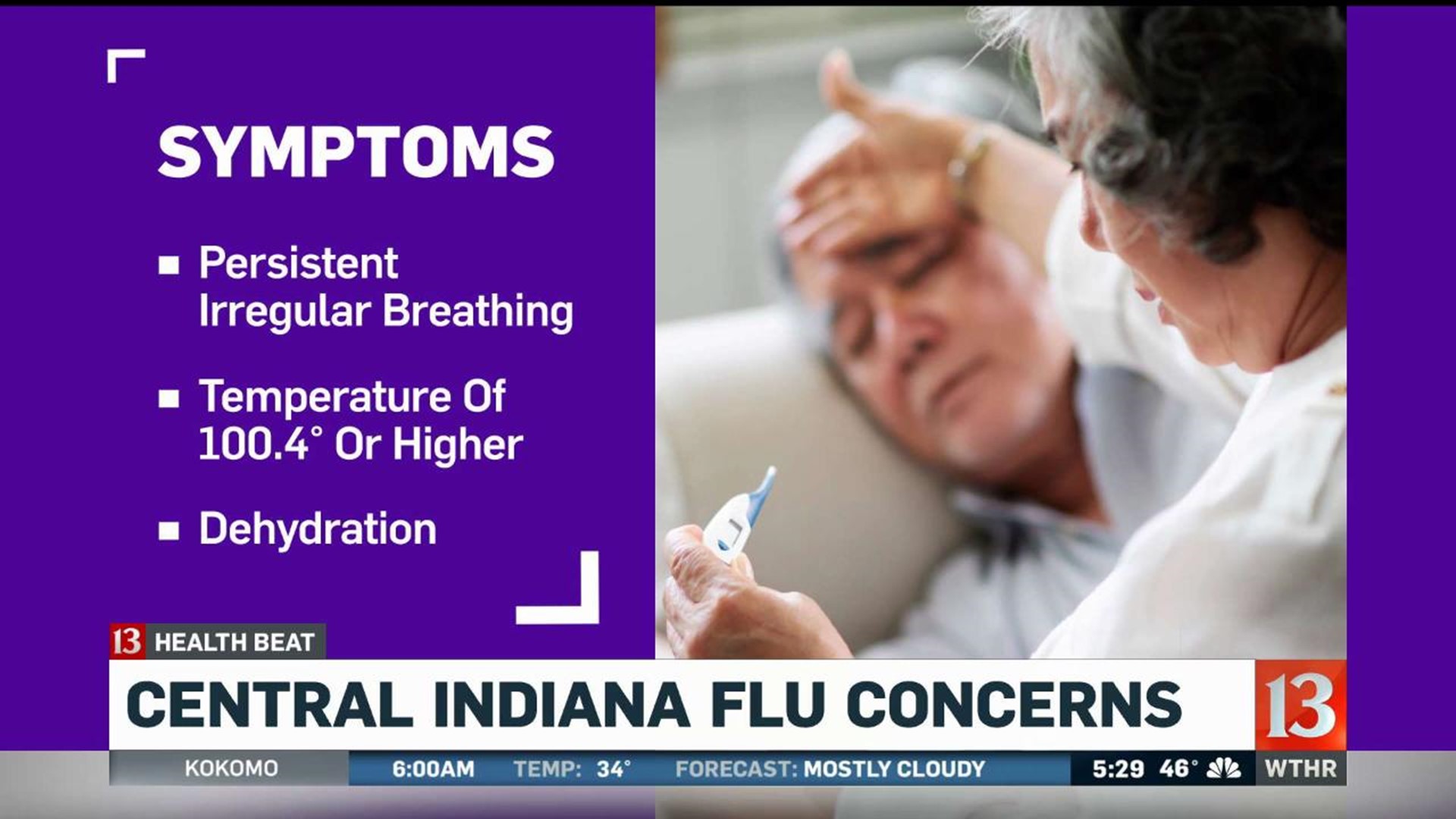 INDIANAPOLIS (WTHR) - The flu has claimed more than 20 lives in Indiana and it's making life miserable for thousands of people.

The number of flu victims showing up in local hospital emergency rooms recently hit a 10-year high. Eyewitness News has the numbers and recommendations to help parents of sick kids decide where and when to turn for help.

According the Indiana State Department of Health, the flu has killed 22 Hoosiers so far and it is still early in the flu season. Almost six out of ten of people coming to hospital ERs with flu-like symptoms are children four years old and younger.

As a parent, how do you decide whether to tough it out at home with over the counter medicines, call a doctor, or head to the emergency room?

Dr. Brian Wagers at the Riley Hospital for Children at IU Health emergency room said to trust your instincts.

"It's the sixth sense of the parent. Something is not right. This is isn't the normal run of the mill respiratory virus," he said.

The warning signs include:

According to the doctor, the best prescription is prevention.

"We say it over and over again. The most important thing you can do is get your flu vaccination," Wager said. "They are still available in the community so it's not too late."

An Iowa parent whose child was gravely ill with the flu and lost her eyesight reportedly told doctors the girl was vaccinated last March and she thought it was good for a year.

That's not true. The vaccinations are good for a particular flu season, which begins in the fall of every year.

For more information about vaccinations and the locations of Marion County Health Department clinics, click here.