The Indianapolis Motor Speedway site will vaccinate 4,200 people a day for four days. 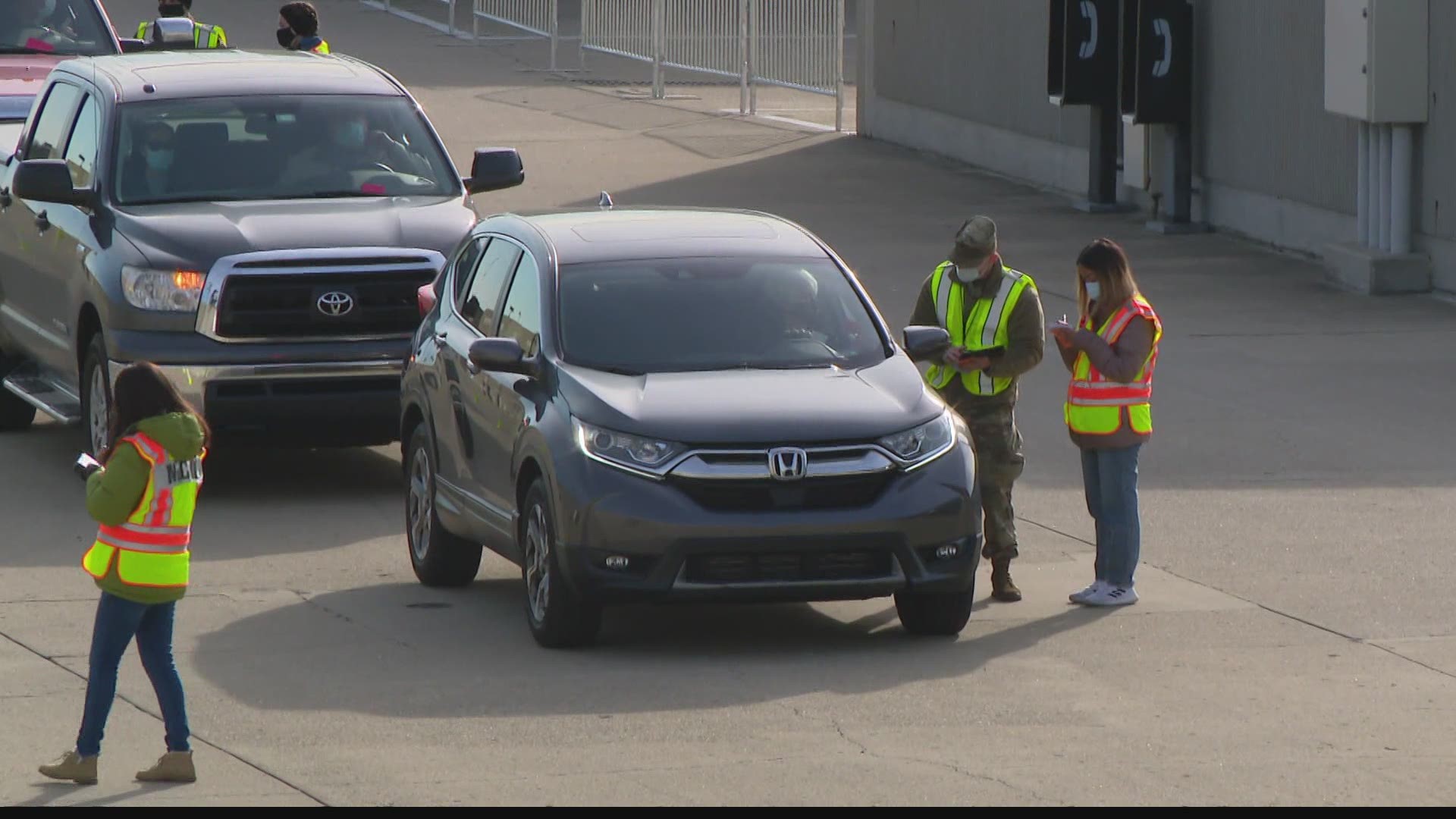 SPEEDWAY, Ind. — A mass COVID-19 vaccination clinic at the Indianapolis Motor Speedway will vaccinate 4,200 people a day for four days.

13News found small lines and short waits on Friday as drivers who pulled into garages were vaccinated and out in about four minutes.

Gov. Eric Holcomb was among the first in line.

"It's forever going to be known at the 'Greatest Spectacle in Vaccinating,'" he said with a smile.

Today I was able to get the COVID-19 vaccine at @IMS, which has quickly become the Greatest Spectacle in Vaccination! Over the next few days, nearly 17,000 Hoosiers will be vaccinated right here. #INthistogether pic.twitter.com/CFpLIYDtMo

It's stored in typical refrigerators and doesn't require a second shot. For people getting a shot in the arm, it's one and done, with no coming back.

The demand for the J&J vaccine is greater than expected. Appointments filled up so quickly, health officials added a fourth day. That day then filled up before it was officially publicized.

Credit: WTHR
Cars lined up for the COVID-19 mass vaccination clinic at the Indianapolis Motor Speedway.

RELATED: Being vaccinated at IMS? Here's what you need to know

African American leaders seized the moment. They were vaccinated and then used the opportunity to encourage more people of color to trust the vaccine and get a shot.

"We feel the vaccine is safe," said State Rep. Robin Shackelford (D-Indianapolis). "We wouldn't be out here unless we thought it was safe."

"I want to encourage every Hoosier to take it when it is available to you," he said.

"We expect more Johnson & Johnson here in the next several months," said Dr. Lindsay Weaver, Indiana State Department of Health chief medical officer. "We are absolutely looking to do more mass vaccinations when we get that supply."

The health department said nearly 2,600 people were vaccinated in the first eight hours the Speedway clinic was open.

By coincidence, Indiana's first mass vaccination clinic opened one day before the one year anniversary of the state's first COVID-19 case.

"There have been many heartbreaking moments, but today is about joy," said Dr. Kris Box, State Health Commissioner. "It is about our future. It's about a celebration and we are excited to be doing this."