The second wave of COVID-19 cases appears to be about over. What's the next worry? 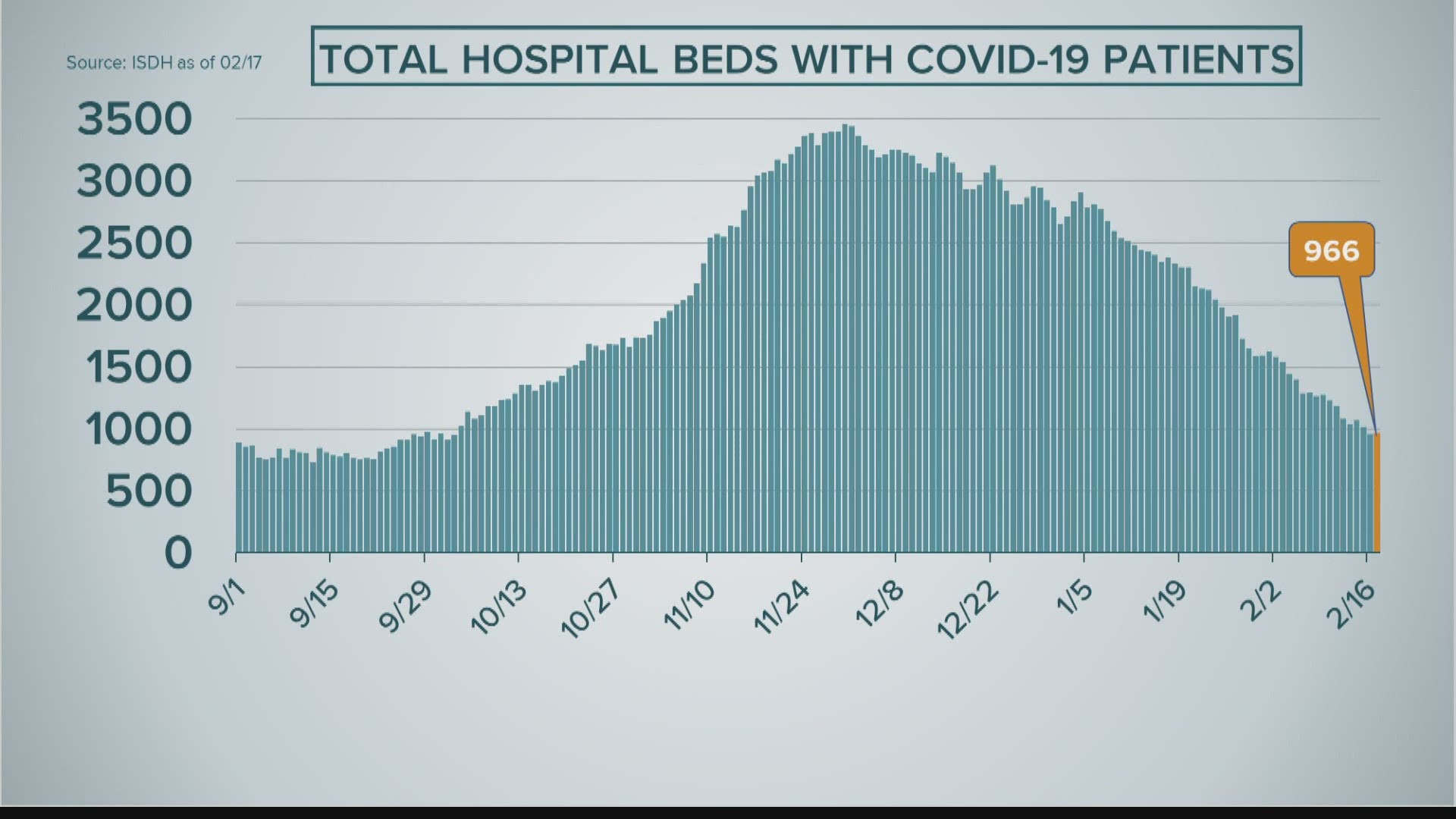 INDIANAPOLIS — Fewer Hoosiers — a lot of them — are being sickened, hospitalized and killed by COVID-19.

Numbers from the Indiana State Department of Health are all headed in the right direction. But there are concerns that new forms of the virus will spread and instead of turning a corner, Indiana's numbers will take a turn for the worse.

In the race against the deadly virus, hospital workers are finally catching their breath.

Hospitalizations, less than a thousand now, were three-and-a-half times higher in November.

"It's a huge weight lifted off our shoulders," said Dr. Warren Gavin.

The physician said he felt overwhelmed by the number of COVID-19 patients he treated at Methodist and University hospitals. Their numbers have fallen from a high of roughly 200 to about 30.

"It honestly feels...I don't want to say normal, but we are getting back there," Gavin explained. "It's the first time that I felt confident that we could get back to a normal."

"I think this is the beginning of the end. I don't know if we've turned the corner yet," said Thomas Duszynski, an epidemiologist at the Richard M. Fairbanks School of Public Health at IUPUI. "What these numbers are telling me is that we are doing the right things. Two, we can (get) control of the pandemic by doing these right things."

According to Duszynski, the more than 1 million Hoosiers having at least one dose of the vaccine is a good start, but not enough to have substantial impact on spread of COVID-19.

The big surge of cases attributed to holiday parties and travel is over. Winter weather is a great incentive to stay home and socially distant.

The concern is complacency and the arrival of new, more contagious forms of the virus.

"Can we get enough people vaccinated?" he asked. "Can we maintain these types of activities before these new variants take hold in the population?"

Instead of letting down their guard, Hoosiers are encouraged to roll up their sleeves, stay masked up and continue to keep their distance.