Pfizer announced it will reduce delivery of nearly a million doses of its vaccine nationwide. It means fewer shipments to both Indiana and Illinois. 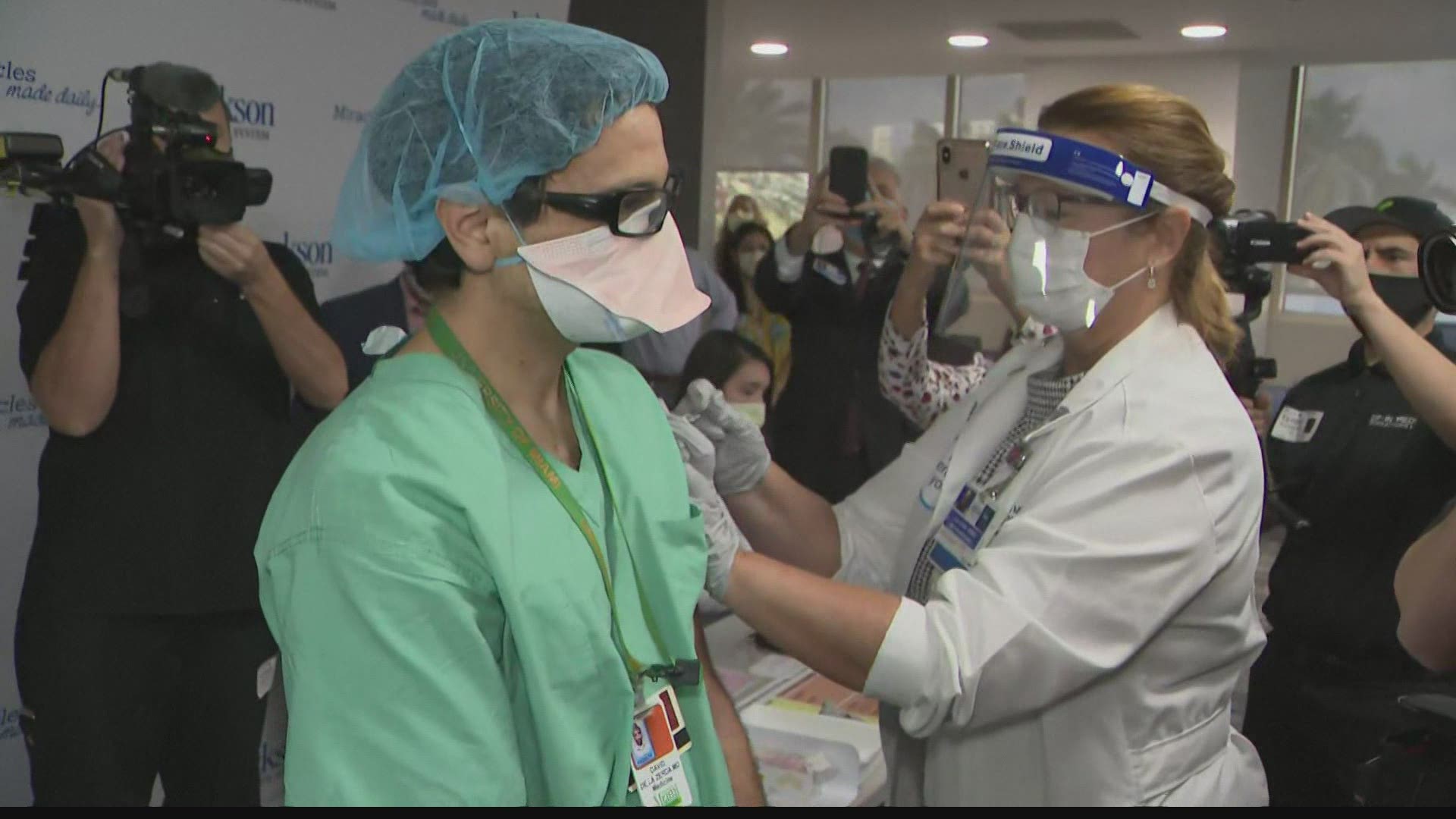 INDIANAPOLIS — The first distribution problems with the COVID-19 vaccine are now being reported - and it's impacting Indiana.

The state department of health confirms it will get fewer than the number of doses promised for next week.

Pfizer announced it will reduce delivery of nearly a million doses of its vaccine nationwide. It means fewer shipments to both Indiana and Illinois.

Dr. Linsey Weaver said the state received 55,575 doses this week. So far, five Indiana hospitals have received the vaccine and as many as 50 are expected to get a supply by week's end.

“We were able to quickly crunch the numbers and make sure anyone who was already scheduled for next week will be able to get their vaccine. We will make adjustments as needed,” said Weaver.

If Moderna gets vaccine approval this weekend, it could help increase the state's supply.

Right now, 46,000 frontline workers have signed up for shots.

Weaver said, ultimately, the government will decide how much Indiana will get based on population and availability of the vaccine.