The Republican senator also said he thinks everyone eligible should get the COVID-19 vaccine, but does not support vaccine passports. 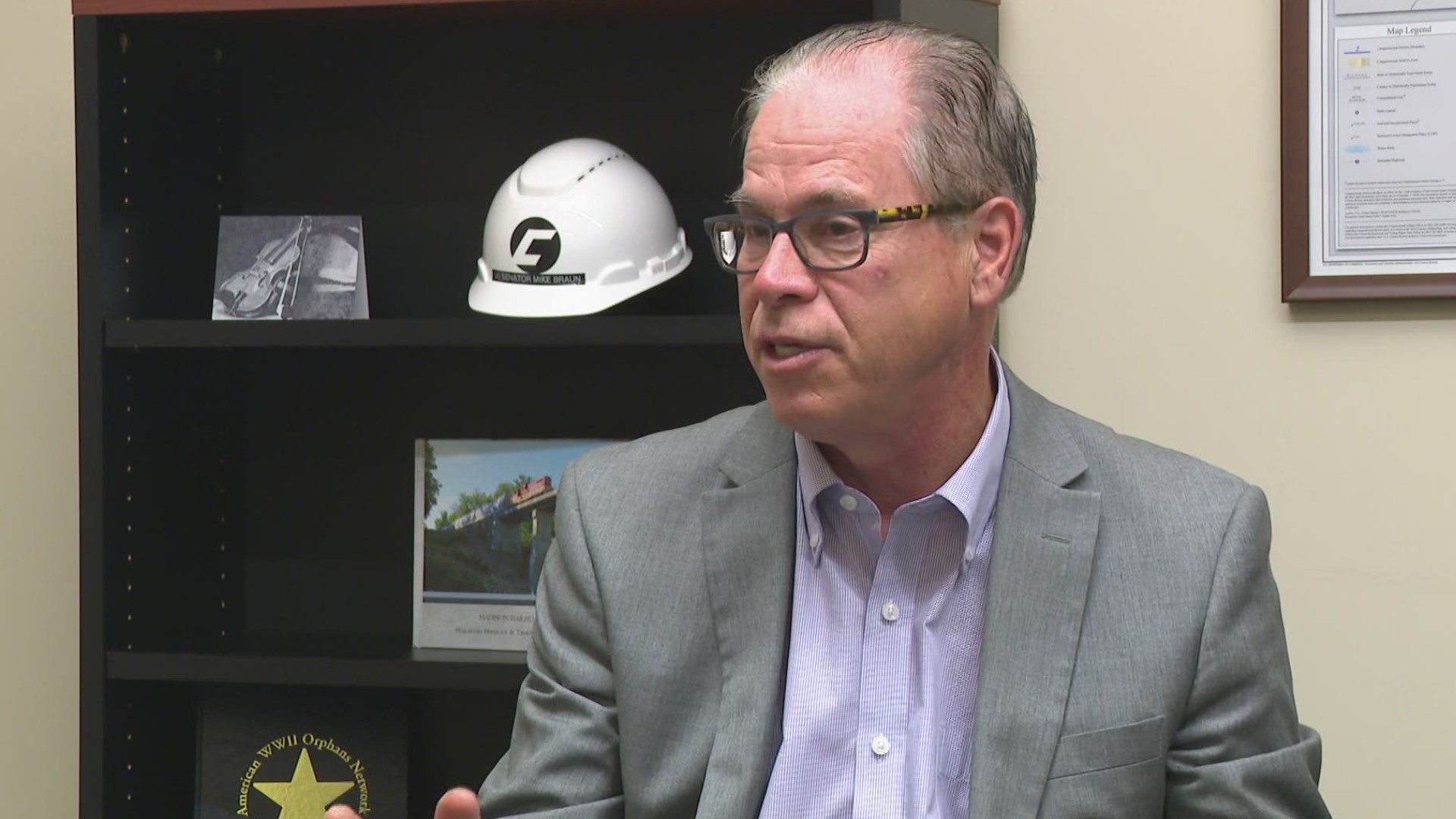 INDIANAPOLIS — Indiana Senator Mike Braun said Thursday getting Hoosiers back to work is the number one issue facing the state, followed by "rural broadband access" and affordable housing.

"It was a difficult thing when it comes to mandates and masking and all of that, because what you need to do in Indianapolis may be a whole lot different than what you need to do in other places with different characteristics," he said. "So when it comes to mandates in general, one size fits all, I would be against that approach because I believe you are most successful in life when you tailor it to different conditions."

He said while he encourages people to get the COVID-19 vaccine, he does not support vaccine passports.

In a statement released Thursday afternoon, Braun said "a one-size-fits-all approach from the federal government rarely works on any issue" and that "other states should consider real solutions like Indiana's Red Flag Law."

The red flag law, also known as the Jake Laird Law, allows officers to seize a person's gun if law enforcement thinks he or she is dangerous or mentally unstable. It is named in honor of IMPD Ofc. Timothy "Jake" Laird, who was fatally shot in the line of duty in 2004.