Rep. Banks tweets for end to mask mandates by next year

The Indiana congressman tweeted in response to a comment by Dr. Anthony Fauci that Americans may still need to wear masks in 2022. 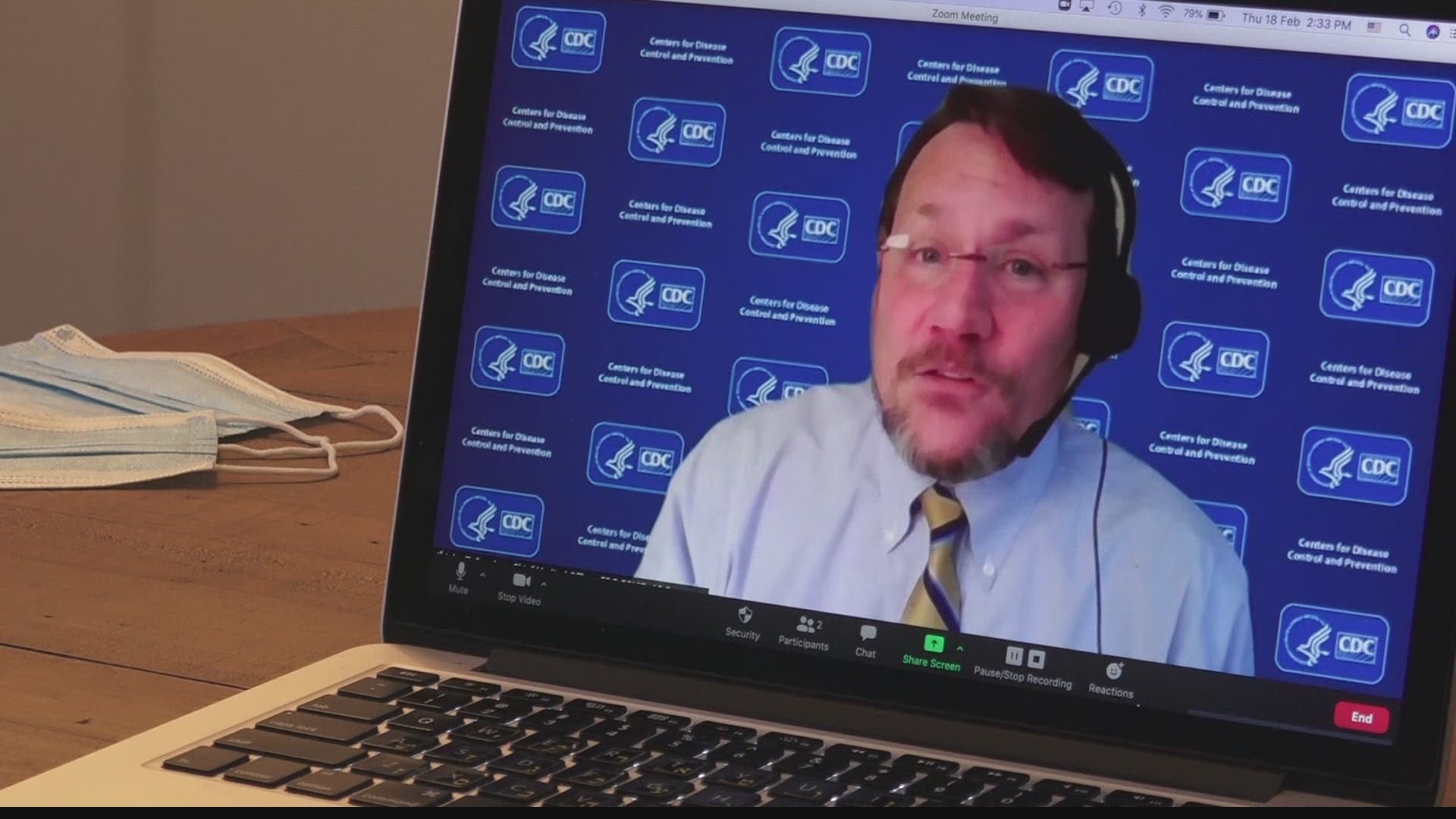 INDIANAPOLIS — An Indiana congressman is taking aim at mask mandates as one of the nation's top infectious disease experts suggested they could last into 2022.

A tweet from CNN Sunday reported comments from Dr. Anthony Fauci about Americans wearing masks into next year, "even as the US may reach 'a significant degree of normalcy' by year's end."

He followed that tweet with a message for candidates running for Congress in 2022.

"End mask mandates," he wrote. "Reopen every school and get kids back in the classroom full time."

Hard to see how GOP doesn’t win back the Majority!

His tweet also referenced the razor wire-topped fence that has surrounded the Capitol since the days following the Jan. 6 insurrection in Washington.

WPTA-TV in Fort Wayne reached out to Banks' office for clarification on the tweets, asking if the congressman meant he didn't think Americans would have to wear masks as long as Fauci suggested, or if he disagreed with wearing masks in general.

An email reply from a spokesperson for Banks said the congressman said Republicans running in 2022 should campaign against mask mandates, noting that by that point, "it's almost certain that every American will have had an opportunity to be vaccinated-which FYI is what the science says is the best way to prevent the spread of COVID."

Monday evening, Banks tweeted "Thank you @meijer" in response to a story about the grocery retailer offering COVID-19 vaccinations in its Indiana stores.

Banks was not available for an interview with WPTA about the tweets Monday.