Thursday's latest on the coronavirus pandemic. 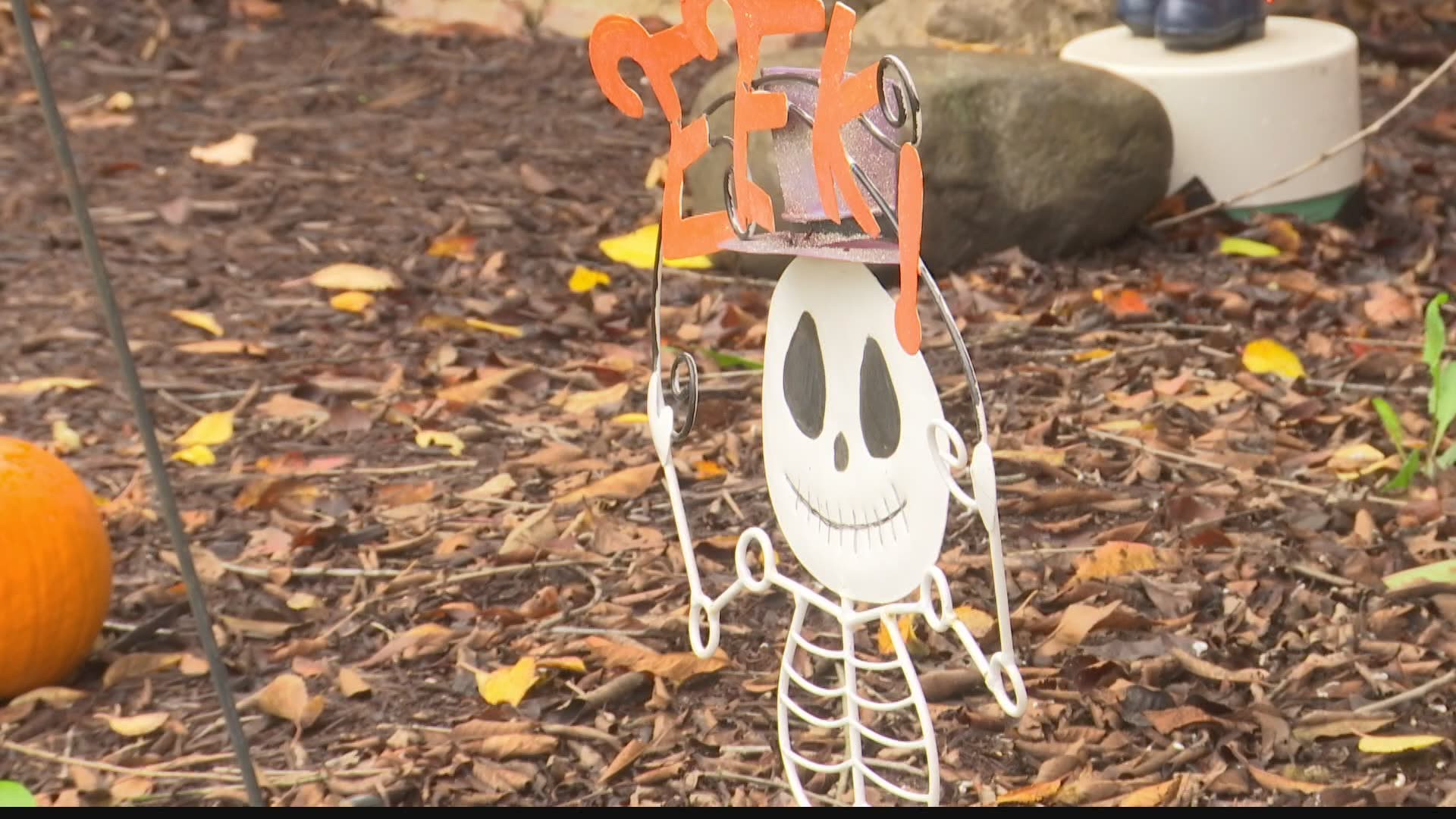 INDIANAPOLIS — Here are the latest updates on the coronavirus pandemic for Thursday, Oct. 29, 2020.

UIndy is stopping most athletic-related activities after a cluster of positive COVID-19 cases in the past week.

The university used contact tracing and found the cases cluster around several of the athletic teams and close contacts.

In a statement the university said:

"We have made the decision to halt all athletic-related activities with the exception of the few teams that are in season. We are hopeful that pausing these activities for the next two weeks will allow for the cluster of cases to be addressed safely."

The university said it plans to continue testing students and contact tracing.

Today's reported deaths date back to Aug. 20. ISDH said death reports are based on when the state gets information and the deaths themselves occurred over multiple days.

In a note on the ISDH dashboard, the department said Thursday's report included historic results for tests administered. All those older tests — which date back to July 20 — were negative results, according to ISDH.

"A historic load of negative labs resulted in the addition of 148 historical tested individuals and 1,351 historical tests administered to today's counts," the note says.

Thursday's cases were reported after a record-high 39,180 tests administered in a single day.

Hospitalizations continue to trend upward. On Wednesday, there were 1,733 Hoosiers being treated for COVID-19 in hospitals. That's the second-highest total since April 14, when there were 1,799 COVID-19 patients in hospitals across the state.

Indianapolis Mayor Joe Hogsett and Dr. Virginia Caine are giving an update on the city's response to COVID-19.

Mayor Hogsett said the city is having difficulty with contact tracing as people aren't answering calls or responding to contact tracers. The city plans to have more asymptomatic patients get tested.

The city is still beneath the 10 percent positivity rate that led to more stringent COVID-19 restrictions for residents and businesses.

The mayor said the city plans to work with health departments in surrounding counties in the coming weeks to form a unified regional response.

The city was shooting for less than 5 percent positivity and fewer than 35 new cases a day. Currently the positivity rate is around 7 percent and there are 209 new cases each day.

At this point there is no change in the stage or restrictions Indianapolis has in place.

People have had to wait in line for up to seven hours or more at early voting centers in Indianapolis.

US jobless claims fall to 751,000 as layoffs remain high

The number of Americans seeking unemployment benefits fell last week to 751,000, the lowest since March, but it's still historically high and indicates the viral pandemic is still forcing many employers to cut jobs.

Rising confirmed coronavirus cases in nearly every state, along with a cutoff in federal aid, are threatening to weaken the economy in the coming months. As temperatures fall, restaurants and bars will likely serve fewer customers outdoors. And many consumers may increasingly stay home to avoid infection. Those trends could force employers to slash more jobs during the winter.

The seven-day rolling average for confirmed new cases in the U.S. soared over the past two weeks from 51,161 to 71,832, according to Johns Hopkins University data.

The government said Thursday that growth rebounded sharply in the July-September quarter after an epic collapse in the spring, when the economy shrank at a 31.4% annual rate. Yet growth is believed to be slowing sharply in the final three months of the year to a roughly 3% annual rate.

Thursday’s report from the Labor Department said the number of people who are continuing to receive unemployment benefits fell more than 700,000 to 7.76 million. The decline shows that some of the unemployed are being recalled to their old jobs or are finding new ones. But it also indicates that many jobless Americans have used up their state unemployment aid — which typically expires after six months — and have transitioned to a federal extended benefits program that lasts an additional 13 weeks.

The still-elevated number of jobless claims underscores that a full recovery from the pandemic recession remains far off. Job growth has slowed for three straight months, leaving the economy still 10.7 million jobs short of its pre-pandemic level. The unemployment rate remains high at 7.9%.

More than half of Indiana’s 92 counties were designated as higher-risk by the Indiana State Department of Health on Wednesday — the most since the state implemented its rating system in September.

More than 100 people a day are now being admitted to Indiana hospitals with COVID-19 symptoms, said Dr. Kristina Box, Indiana’s health commissioner. Almost 70% of those hospitalized with the coronavirus in Indiana are age 60 or older, lending to a new statewide effort focused on protecting venerable populations in long-term care settings, like nursing homes and assisted living facilities.

More than 1,300 members of Indiana's National Guard are being deployed to the 133 hardest hit long-term care centers on Nov. 3.

India’s confirmed coronavirus toll has crossed 8 million with daily cases dipping to the lowest level this week. The Health Ministry reported another 49,881 infections in the past 24 hours.

India is expected to become the pandemic’s worst-hit country in coming weeks, surpassing the U.S. with more than 8.8 million infections. The ministry on Thursday also reported 517 additional deaths, taking total fatalities to 120,527.

Life in India is edging back to pre-virus levels with shops, businesses, subway trains and movie theaters reopening and the country’s third-largest state of Bihar with a population of about 122 million people holding elections. But health experts warn a major Hindu festival season and winter setting in could lead to more localized outbreaks.

Federal health officials Wednesday issued insurance coverage rules designed to deliver on the promise that every American will have access to free COVID-19 vaccines when they are approved.

The regulations from the Centers for Medicare and Medicaid Services, or CMS, will also increase what Medicare pays hospitals for COVID-19 treatments. The changes arrive at a time when coronavirus infections are rising in much of the country, signaling a third wave that could eclipse the number of cases seen earlier this year.

Congress and President Donald Trump have already enacted legislation that calls for vaccines to be free, but the new rules were needed to align that policy with the many arcane payment requirements for public and private insurance.

Worldwide, there have been more than 44.48 million confirmed cases with more than 1.17 million deaths and 30 million recoveries.

How does the coronavirus affect the heart?

Even though it’s known as a respiratory virus, doctors believe the coronavirus can directly infect the heart muscle and cause other problems leading to heart damage. In some people, as COVID-19 decreases lung function, it may deprive the heart of adequate oxygen.

Sometimes it causes an overwhelming inflammatory reaction that taxes the heart as the body tries to fight off the infection. The virus can also invade blood vessels or cause inflammation within them, leading to blood clots that can cause heart attacks.

Evidence suggests that heart involvement has occurred in at least 25% of hospitalized coronavirus patients.