'She really is our angel hero,' North Carolina mom back home after donating kidney to 2-year-old boy in California

Paige Flotkoetter was worried about 2-year-old Hudson more than herself. She was worried his body wouldn't accept her kidney or that something would go wrong. 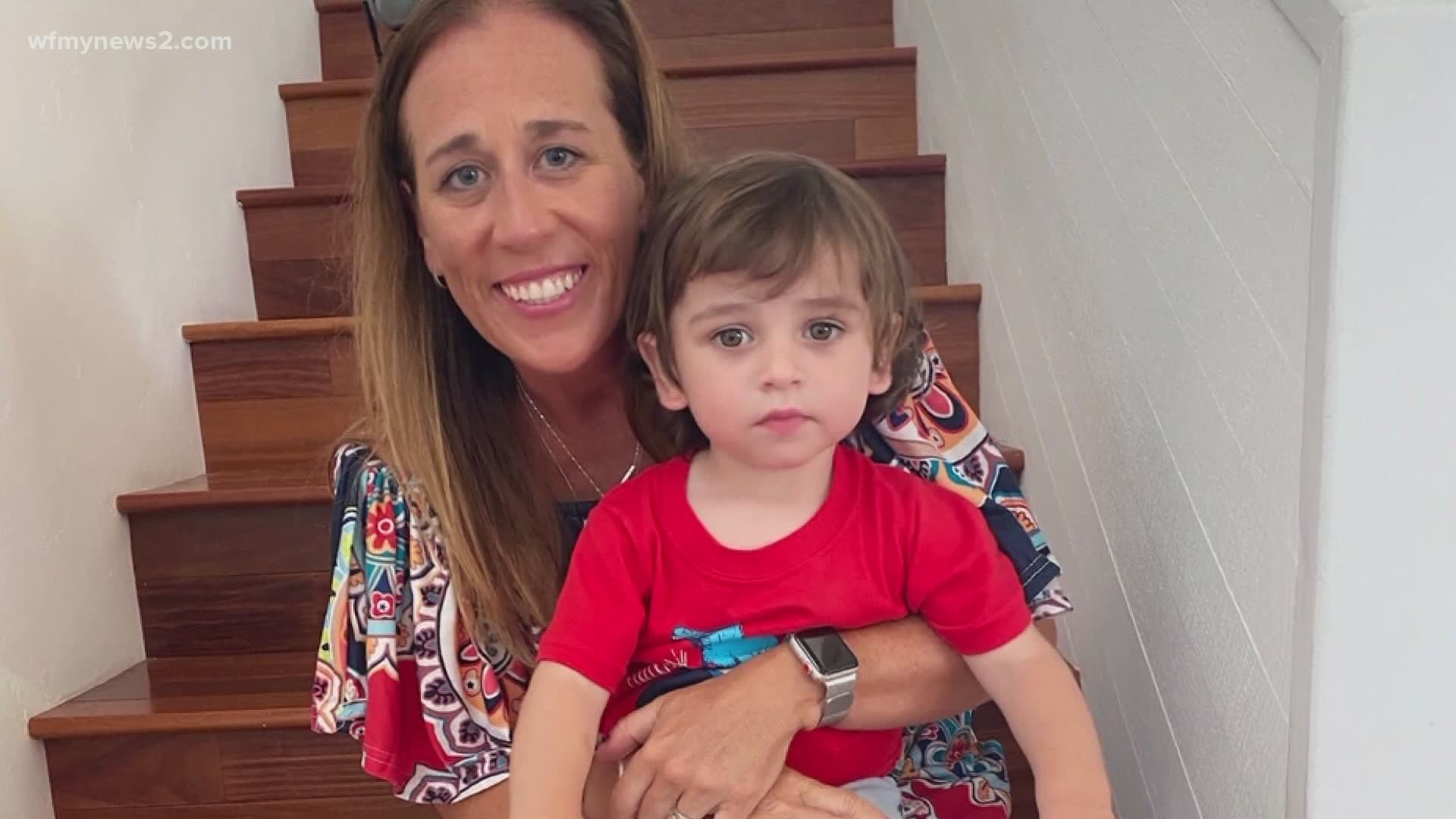 CHARLOTTE, N.C. — Hudson Nash really didn’t know what was going on. The 2-year-old has spent so many days, weeks, and months in the hospital.

“When you’re in the moment, it’s natural to think about everything that we have gone through. You're also hopeful for the future,” Jamie Nash said.

That moment was the day his mom had been hoping for since before Christmas. A day Jamie Nash was both excited and nervous about. On July 7, doctors and nurses wheeled Hudson into the operating room at Cedar Sinai hospital in Los Angeles. Hudson was about to get a new kidney.

“I was really nervous the entire time. I barely ate. We did anything we could to distract ourselves,” Nash said.

While Nash and her husband waited for what would be close to 10 hours to see Hudson after surgery another relative, Paige Flotkoetter was going into surgery as well.

“We were just praying that everything went well for her as well,” Nash said.

Flotkoetter is a relative through marriage, her husband is a family cousin. If you’re wondering what are the chances that two people, from the same family, could be going into surgery at the same time at the same hospital, the answer is really high when one of you is the kidney donor for the other one.

“She really is our angel hero sent from above,” Nash said.

After receiving a Christmas card back in November from the Nash’s who included a letter detailing Hudson’s need for a new kidney Flotkoetter decided to see if she was a match. It turns out she was and after being delayed because of COVID-19 the surgery was finally back on.

Flotkoetter, who lives in North Carolina outside of Charlotte, flew to California for the surgery.

“I just wanted Hudson’s surgery to go well, that is what I was more concerned about. That my kidney would work, and this was not all for nothing,” Flotkoetter said.

The surgery was a success, both Flotkoetter and Hudson responded well and within hours after the surgery doctors gave the family the wonderful news, the kidney was performing exactly as they hoped.

“It was such a relief for us,” Nash said.

That joyous news was then followed with a frightening turn of events. Hudson started to get a fever and was then vomiting. Doctors found blood in his urine and his fever climbed to 104 degrees.

“What is going on? So scary. I have never been so scared or stressed in my life,” Nash said.

It would take a few days and several tests before doctors identified a small blood clot near the PICC line next to his heart. Hudson was immediately put on antibiotics and his body responded well. He would have to remain in the hospital longer than expected but about three weeks after the surgery, Hudson was able to leave. The kidney was working perfectly.

“It was like a 180-degree turn, he has more energy, he is moving more, communicating more, wants to eat more,” Nash said.

The road ahead for Hudson will be long and difficult but it will also be joyous and, in many ways, normal. At some point, Hudson will most likely need another kidney to replace this one. Donor kidneys are effective for about 12 years, but for now, Hudson is enjoying life with a functioning kidney.

Flotkoetter is now back in North Carolina but she and Nash talk often. Flotkoetter said her recovery from surgery is going really well and she was walking within weeks. Her and Hudson, have visited on Facetime and Nash sends pictures and videos every week.

“I feel the connection, he won’t fill it until he is probably 15 or 16 years old,” Flotkoetter said.

An unlikely connection that was formed simply because one mother sent a Christmas card with a letter to another mother who was willing to help.