Masks are now required in Kentucky. Here's what you need to know.

Beshear made the announcement after a rise in COVID-19 cases. 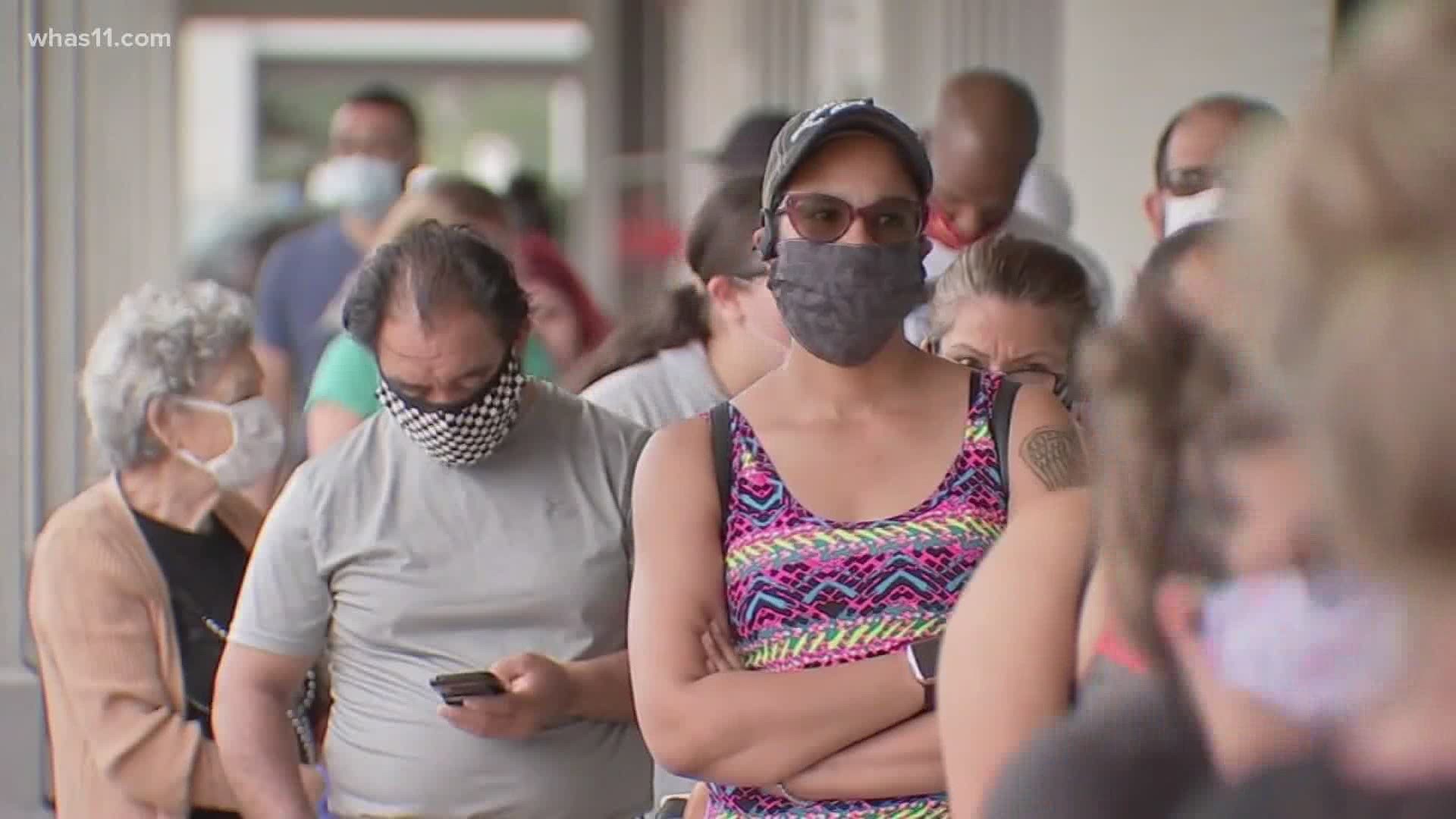 FRANKFORT, Ky. — Gov. Andy Beshear has announced a mandate that will require everyone to wear masks in Kentucky's public spaces.

Starting Friday, July 10 at 5 p.m., masks will be mandatory in places like retail stores, restaurants, gyms, government buildings and any outdoor spaces where people are unable to stay six feet apart.

The mask requirement will run for 30 days. After 30 days, leaders will reassess to see if additional action is needed.

People with documented health issues and children under five will not be required to wear masks. Additionally, those who are actively engaged in exercise or athletic practice can be exempt. If a person is engaged in a lawful activity where state or federal law prohibits wearing any face covering, that person is not required to wear a mask.

"Those businesses have asked us for this," Beshear said.

“Given what we are seeing across the country with exploding numbers in certain places, my commitment is to make sure that doesn’t happen here, but I can’t do it alone," Beshear said Wednesday.

Cameron said his request is not about whether it is appropriate to wear masks but whether the mandate follows the law.

"It is my belief that masks are an important tool in fighting this pandemic," Cameron said in the statement. "It is, however, about determining if the Governor’s executive order mandating mask use follows state law."

Beshear said the mandate is in effect despite the filing, saying the motion is for a hearing but does not stop the mandate. The governor also said his office has appealed the judge's previous restraining order.

"We expect the Court of Appeals...will overturn the restraining order," Beshear said.

During his announcement Thursday, the governor said the mandate should not be political, saying a judge in northern Kentucky elected by some should not have a say over the state.

"This shouldn't be political," Beshear. "The AG in Kentucky is the only AG in the country suing their governor over these restrictions."

Cities surrounding Kentucky like Nashville and Cincinnati have announced similar mandates. Other states nationwide have put out similar orders on masks, some with fines up to $500.