Indiana's mask mandate has been lifted, but the rules depend on where you live

West Lafayette is keeping its mask mandate in place, but it's a different story across the river in Lafayette. 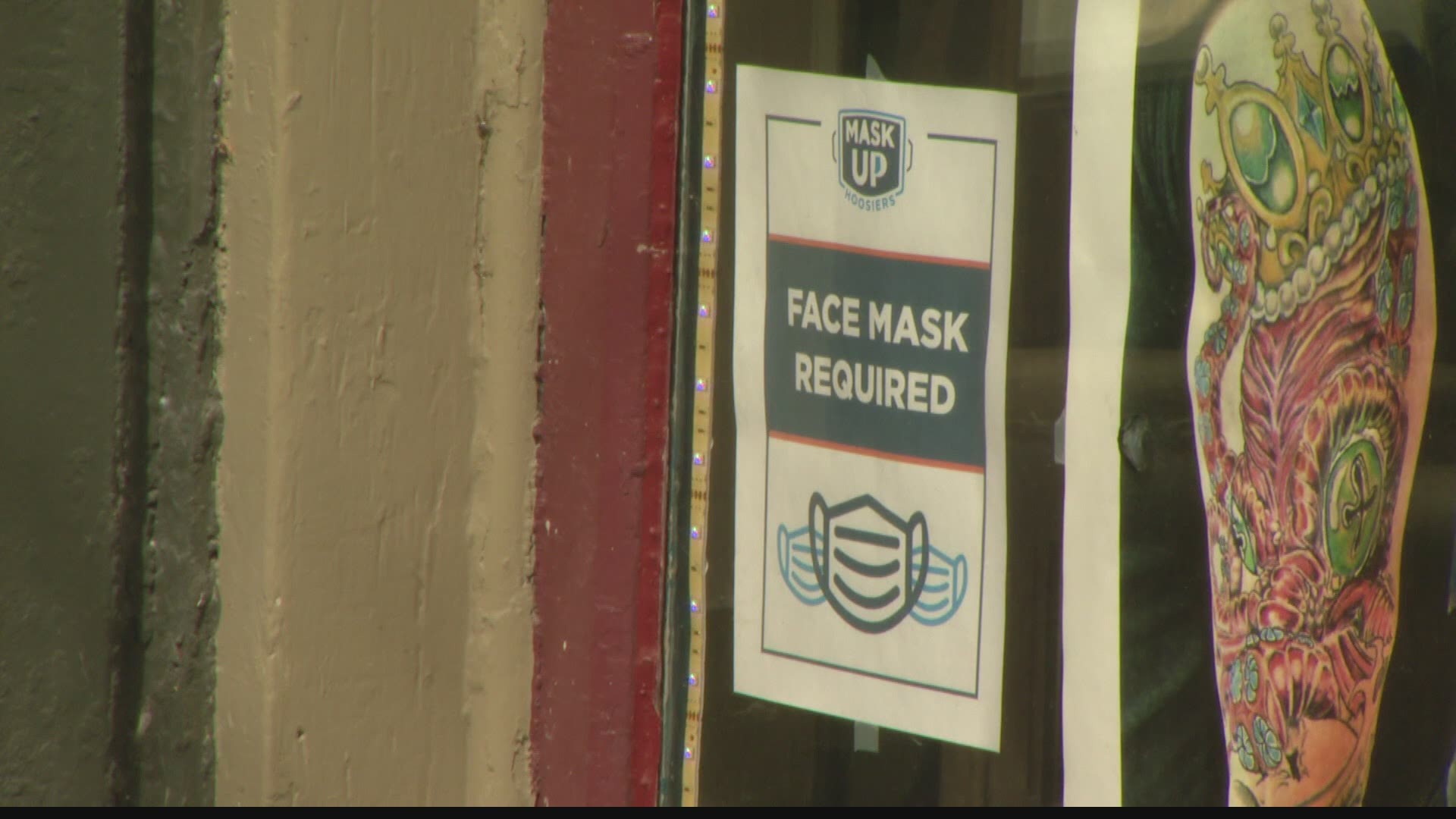 WEST LAFAYETTE, Ind. — Gov. Eric Holcomb's statewide mask mandate has expired, but some local communities are keeping their own orders in place.

Marion County is still enforcing a mask mandate and so is the City of West Lafayette.

Dennis said because his city is home to Purdue University and some 40,000 students from around the world, city leaders decided to keep the ordinance in place until at least the end of the school year. At that point, they'll re-evaluate.

But just across the river, Lafayette Mayor Tony Roswarski has a different view.

"With the numbers where they are, it's time for people to make their own decisions whether they want to wear that mask," said Roswarski. "We're not saying 'don't wear the mask at all.' There are certain times where its going to be prudent for people to do that and we're hoping people will make the right decision."

Roswarski said some businesses have decided to enforce their own mandates.

Downtown tattoo shop owner Sean McGill said he sees both sides of the debate, but appreciates the ability to make his own decision.

"I would prefer not to have masks," he said. "It makes it very difficult to tattoo. It gets in the way when you look down and it's hot. But at the same time, when it comes to people's health, I'm very concerned about that as well. I don't want to be a superspreader."

Tuesday afternoon, a sign requiring masks remained outside his window.

Lafayette resident Jeremy Marcum said he thinks people are making too much of the whole thing.

"I don't think it's a big deal," he said. "And I think people are making too big of a deal about putting a piece of cloth on their face."

It's a tale of two cities, two different rules, and the same debate raging on.