The Indiana Convention Center has hosted 21 "live" events ranging from 500-1,000 attendees over the past several months. 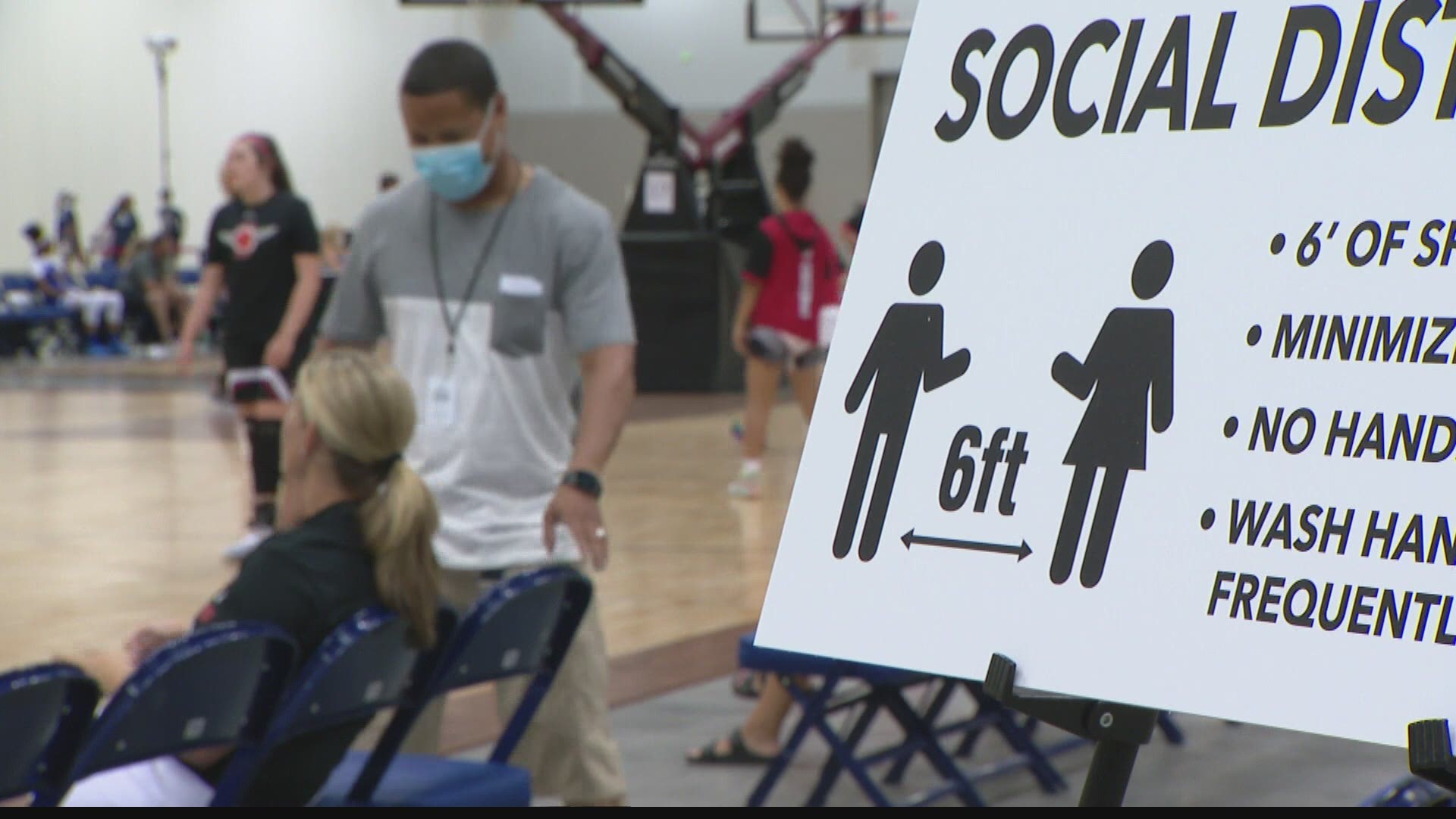 Those events range from an Irish dance competition Thanksgiving weekend to the Big Ten Football Championship at Lucas Oil Stadium in mid-December. During the CIB board meeting Friday morning, Visit Indy's Leonard Hoops said he was confident it could happen.

"There are ways for both events to be done in a safe way with social distancing," Hoops said, adding other safety measures would be taken as well.

And he pointed out they do have a track record, having hosted several youth basketball tournaments at the ICC this past summer. In fact the ICC has hosted 21 "live" events ranging from 500-1,000 attendees over the past several months. That's after the CIB invested $7 million in health and safety upgrades.

CIB Executive Director Andy Mallon noted the ICC may also soon host "college basketball bubbles," similar to what the NBA used. Bubbles are controlled environments with strict rules and testing. Mallon said the Indiana Sports Corp. was working on plans and a testing protocol with a goal of having reliable test results within hours.

He said that could be very valuable, not just to sports but opening the possibility to trade shows.

Looking ahead to early next year, the ICC is booked every weekend in January with youth volleyball tournaments as well as dance and cheerleading competitions.

Indianapolis also is set to host the NCAA Men's Final Four in April.

Phil Ray, general manager of the JW Marriott, said it's been extremely challenging with hotel occupancy at times below 10 percent and now averaging 25 percent downtown.

He said even the smaller events help with 500-plus rooms booked for the Irish dance competition.

"What traditionally would be a very quiet weekend will actually be one of our busiest weekends of the whole year," Ray said.