Teams of guardsmen including medics and support staff have been deployed to four Indiana hospitals to assist fatigued nurses. 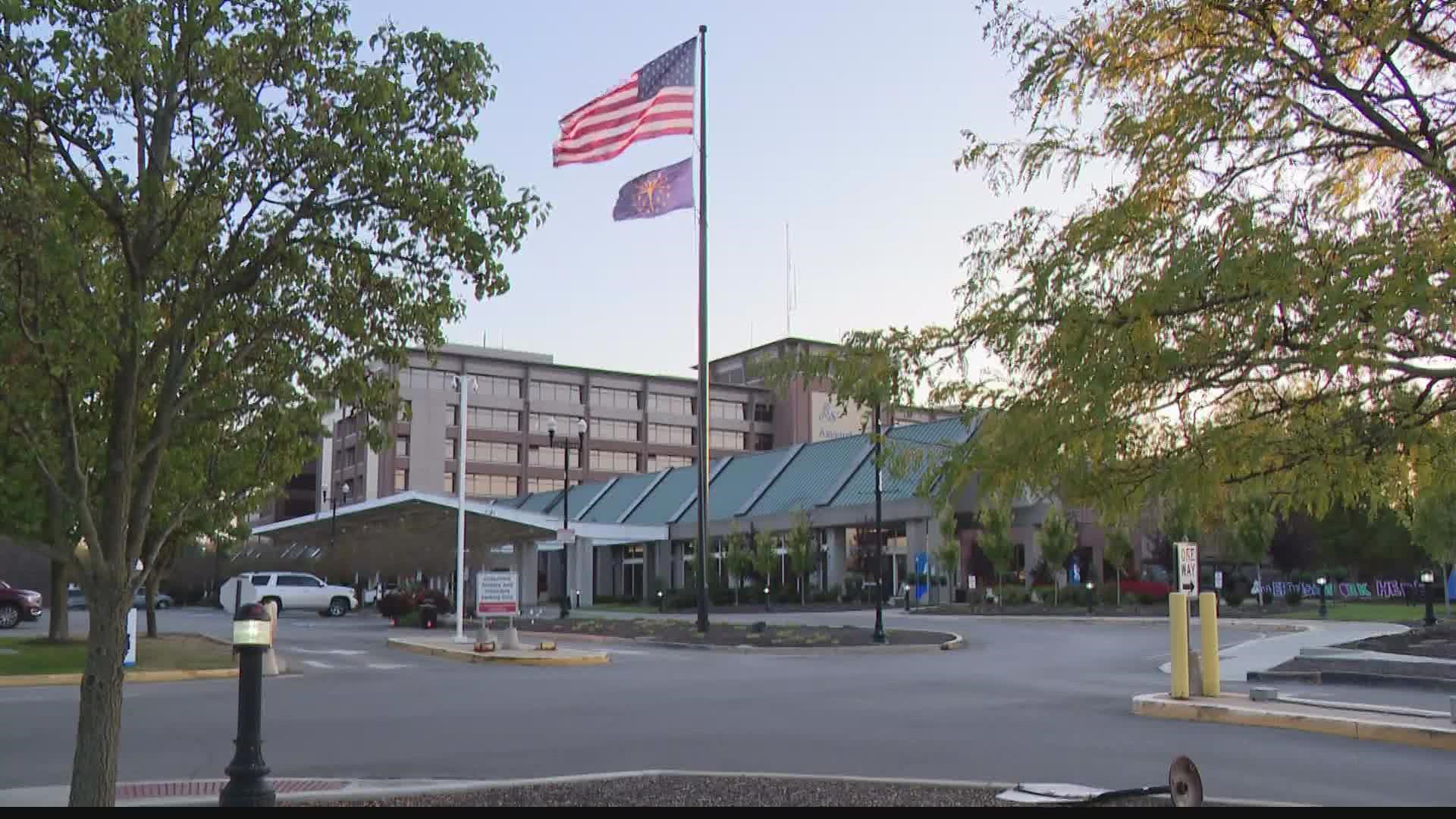 INDIANAPOLIS — With hospital beds at capacity and staffing stretched thin, the Indiana National Guard is stepping in to help.

Right now, four teams of guardsmen are deployed to assist hospitals around the state.

Teams are deployed at Ascension St. Vincent on 86th Street, Deaconess Hospital in Evansville, Clark Memorial in Jeffersonville and a team will be shared between Methodist Hospital North Lake and South Lake in northwestern Indiana.

Even though the state is starting to see a dip in cases, hospitals are still overwhelmed. That’s because it typically takes two or three weeks to see a decline in patients.

“Having this team from the National Guard come in has just been very helpful. It’s provided a respite for the team and certainly a morale boost to see them there. They are eager and jumping in,” Metzger said.

The hospital applied for assistance last week through a partnership between the Indiana State Department of Health and the Indiana National Guard.

“Two days later, we actually had a team here and orienting with our staff,” Metzger said.

There are five teams of guardsmen that take part in the partnership, called "the Hospital Crisis Response Team." The teams are usually made up of 10 people, including four medics and six general support staff. Once a hospital applies for assistance, a team is deployed for 7-14 days. The team allows hospitals to fill ongoing resources and staffing needs, though it's only for hospitals that have exhausted all other options.

The general support staff will force more on cleaning and delivering meals, so nurses can focus on taking care of patients.

"Just having those extra hands there is just very helpful to those nurses and that staff,” Metzger said.

Ascension St. Vincent said the reason extra help was called in is not because of the COVID-19 vaccine requirement. At this time, employees are required to get the shot, but the deadline for them to be vaccinated isn't until November.

The state is also working with other hospitals to determine if help is needed.