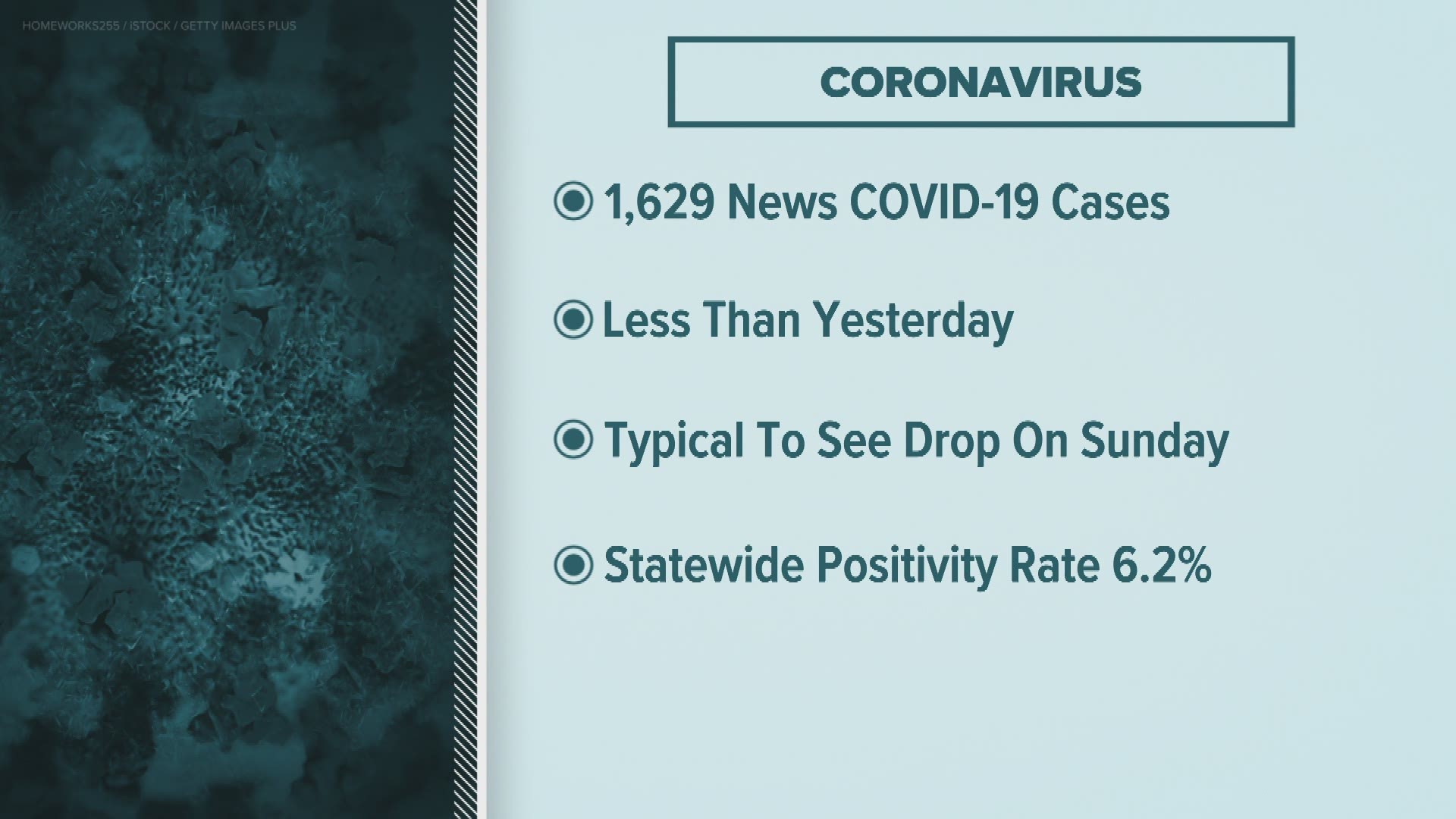 The university is awaiting confirmation from a PCR test.

"He informed his staff and the team this afternoon and is currently at home in isolation," a spokesperson said in a release.

The Indiana Department of Health announced that 1,629 additional Hoosiers have been diagnosed with COVID-19. That brings the total number of Indiana residents known to have the virus to 147,582.

A total of 3,704 Hoosiers are confirmed to have died from COVID-19, an increase of 19 from Saturday. Another 233 probable deaths have been reported among patients for whom no positive test was recorded before they died.

As COVID-19 cases continue to spike at record rates around Indiana, the Indianapolis Colts are forced to cap attendance at today's game against the Cincinnati Bengals at 12,500 fans.

Marion County Public Health Department Director Dr. Virginia Caine said Thursday of last week that capacity at the Colts game will remain at 12,500 with no immediate plans to bump it up to 15,000 people.

Indianapolis Mayor Joe Hogsett said the county’s goal is to reach below 35 new cases a day. Marion County had more than 200 cases the day Dr. Caine and Hogsett announced a pause in changes.

The state health department’s daily update showed Indiana’s seven-day rolling average of newly confirmed COVID-19 infections reached 1,799 as of Friday. That is the highest level the state has seen during the pandemic and has more than doubled over the past three weeks.

The 2,521 new infections reported Saturday, a daily high, marked the second straight day that figure topped 2,000 in a single day. The health department said the number was inflated by about 100 cases that weren’t previously included because of technical issues. The newly recorded deaths raise Indiana’s death toll to 3,918.

Gov. Eric Holcomb cited the increase in cases on Wednesday when he said he would continue the statewide mask mandate for another month.

Worldwide, there have been 39.29 million confirmed cases with more than 1.11 million deaths and 27.3 million recoveries.

Popular bars and restaurants in Moscow's city center were packed on Friday night. No one except for the staff is wearing masks or bothers to keep their distance. There is little indication at all that Russia is being swept by a resurgence of coronavirus infections.

The outbreak this month is breaking the records set in the spring, when a lockdown to slow the spread was put in place. But authorities in Russia are hesitant to shut down businesses again.

Some regions have closed nightclubs or limited bars and restaurants, but few measures have been implemented in Moscow, the epicenter of the surge.

Three times in the last week, Russia surpassed its daily death toll record of 232, set in the spring.