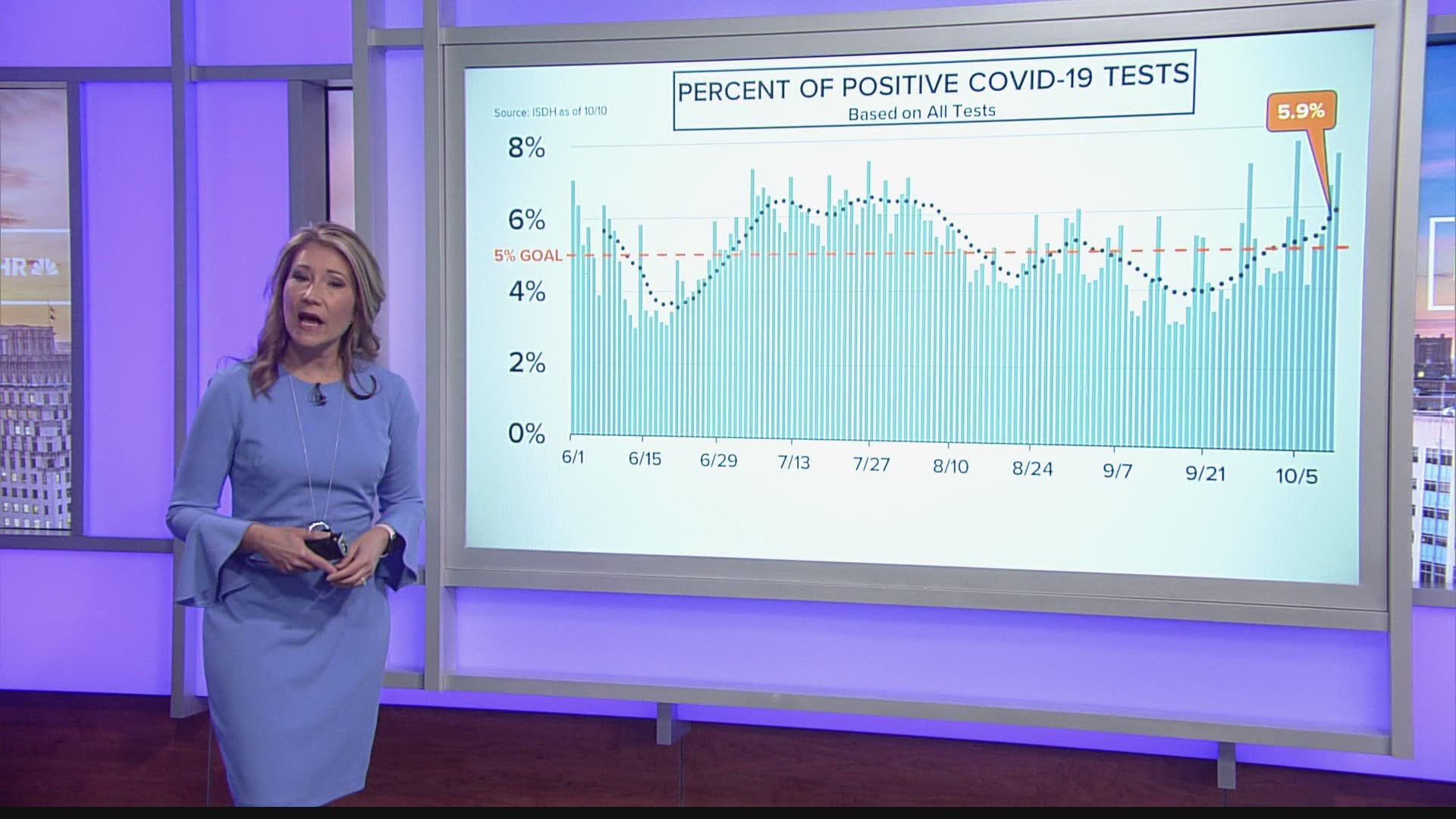 The Indiana State Department of Health reported another daily record of Hoosiers testing positive for COVID-19 with 2,521 cases Saturday. Nearly 146 thousand people have tested positive in Indiana since early March.

Today’s total includes approximately 100 tests whose reporting was delayed due to a technical issue earlier this week, according to ISDH, and reflects results from 34,320 reported tests, the highest number of specimens submitted in a single day since testing began.

With 31 additional deaths reported Saturday, some occurring as far back as mid-August, Indiana has now lost a total of 3,685 people to the virus.

Another 233 probable deaths have been reported based on patients who died with COVID-19 symptoms but had no positive test is on record.

The state health department’s Friday update showed Indiana’s seven-day rolling average of newly confirmed COVID-19 infections reached 1,720. That is the highest level the state has seen during the pandemic and has more than doubled over the past three weeks.

The 2,320 new infections reported Friday was the highest single day total, but the health department said the number was inflated by about 300 cases that weren’t previously included because of technical issues.

Worldwide, there have been 39.36 million confirmed cases with more than 1.1 million deaths and 27.1 million recoveries.

In the week since President Donald Trump emerged from coronavirus isolation, he has demonstrated new determination to minimize the threat of the virus that has killed more than 218,000 Americans and complicated his chances of winning another four years in the White House.

In word and action, he is pushing an optimistic outlook at a moment when coronavirus infections are spiking in Europe and public health officials are raising alarm that the infection rate in the U.S. is climbing toward a new peak.

In the past week he has spread misinformation about the virus, undercut the nation’s leading infectious disease expert and kept up his practice of shunning mask use.