The latest updates on the coronavirus pandemic from Wednesday, Feb. 17. 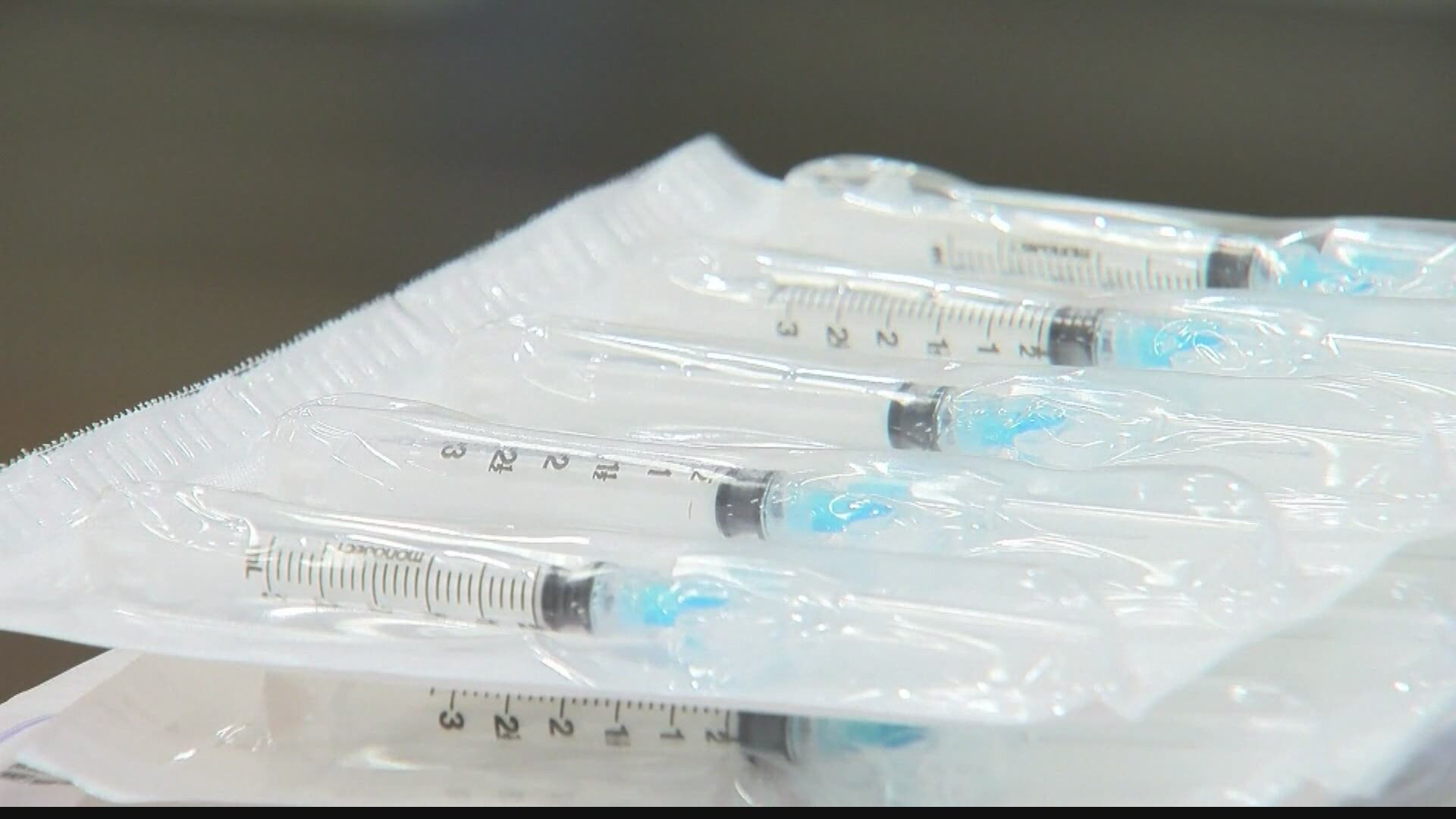 INDIANAPOLIS — Wednesday's latest updates on the coronavirus pandemic, including the latest news on COVID-19 vaccinations and testing in Indiana. Registrations for the vaccine are now open for select groups through Indiana State Department of Health. This story will be updated over the course of the day with more news on the COVID-19 pandemic.

Gov. Eric Holcomb and state leaders provided an update on the response to COVID-19 and vaccination effort.

A month ago 73 counties were in red and this week all but one of Indiana's counties are out of the red level of restrictions.

The state also said an issue with reporting neglected to count 660 deaths of long-term care residents. The deaths had been counted by the state. Now that the issue has been discovered, those 660 deaths will be added to the long-term care facilities' statistics where the patient was a resident.

Due to the bad winter weather, 43,000 vaccine appointments had to be postponed this week. The state also reported delays in vaccine and said the  Moderna vaccine shipment for the week has not yet been received.

Indiana is not at a point yet where it will be able to expand vaccinations to those 60 and older. The hope is to make that change next week. The restrictions remain with vaccine available to those 65 and older.

Indiana has received more than 1.3 million doses of vaccine and 172 doses have been unable to be administered due to broken vials, broken syringes, or unaccounted for.

As for adverse reactions, the state only has reports of two people having a serious allergic reaction. Some people died after getting the vaccine, but those deaths have not been tied to the vaccine and are inline with deaths in those age groups.

Six Indiana cities or counties received their own funding and will administer it through their own programs:

The state money is available to those who can't pay rent and utilities due to the pandemic. Each eligible household can receive up to 12 months of rental and utility assistance. The money can go towards past due rent and future rent. Once the state receives full guidance from the federal government, it will start accepting applications. To receive updates on availability, people can subscribe by clicking here or calling 211.

The Indiana State Department of Health is reporting 933 more cases of COVID-19 and 20 additional deaths from the virus. Indiana has recorded a total of  651,453 positive cases and 11,825 confirmed deaths.

The state reports another 425 probable deaths — likely due to COVID-19 but without a positive test result on file for the patient.

The seven-day positivity rate has dropped dramatically over the past six weeks. The rate between Feb. 4 and Feb. 10 was 4.7 percent for all tests — down from 16 percent reported on Jan. 4.

Hospitalizations are also declining. On Tuesday, there were 955 COVID patients in Indiana hospitals. That's the first time that number has been in the triple digits since Oct. 3, 2020.

White House press secretary Jen Psaki says that represents a 57% increase from when Biden took office nearly a month ago on Jan. 20.

Psaki also says the administration is doubling, to 2 million doses per week, the amount of vaccine being sent to pharmacies across the country as part of a program to extend access into neighborhoods.

Meanwhile, Biden's administration says delays in vaccine shipments and deliveries are likely because of severe weather across parts of the country.

The administration says the weather is expected to affect shipments from a FedEx facility in Memphis, Tennessee, and a UPS facility in Louisville, Kentucky. Both facilities serve as vaccine shipping hubs for multiple states.

The Centers for Disease Control and Prevention and other federal agencies are working with the jurisdictions, as well as manufacturing and shipping partners, to assess weather conditions and to help offset potential delivery delays and cancellations.

Worldwide, there have been more than 109.53 million confirmed cases with more than 2.41 million deaths and 61.62 million recoveries.

President Joe Biden is promising a majority of elementary schools will be open five days a week by the end of his first 100 days in office, restating his original goal after his administration came under fire when aides said schools would be considered open if they held in-person learning just one day a week.

Biden's comments, during a CNN town hall in Milwaukee, marked his clearest statement yet on school reopenings. Biden had pledged in December to reopen “the majority of our schools” in his first 100 days but has since faced increasing questions about how he would define and achieve that goal, with school districts operating under a patchwork of different virtual and in-person learning arrangements nationwide.

“I said open a majority of schools in K through eighth grade, because they’re the easiest to open, the most needed to be open in terms of the impact on children and families having to stay home," Biden said.

He said comments by White House press secretary Jen Psaki earlier this month that one day a week of in-person learning would meet his goal were “a mistake in the communication.”

Asked when the nation would see kindergarten through eighth grades back to in-person learning five days a week, Biden said, “We’ll be close to that at the end of the first 100 days.” He said he expected many schools would push to stay open through the summer, but suggested reopening would take longer for high schools due to a higher risk of contagion among older students.