The latest updates on the coronavirus pandemic from Friday, Jan. 22. 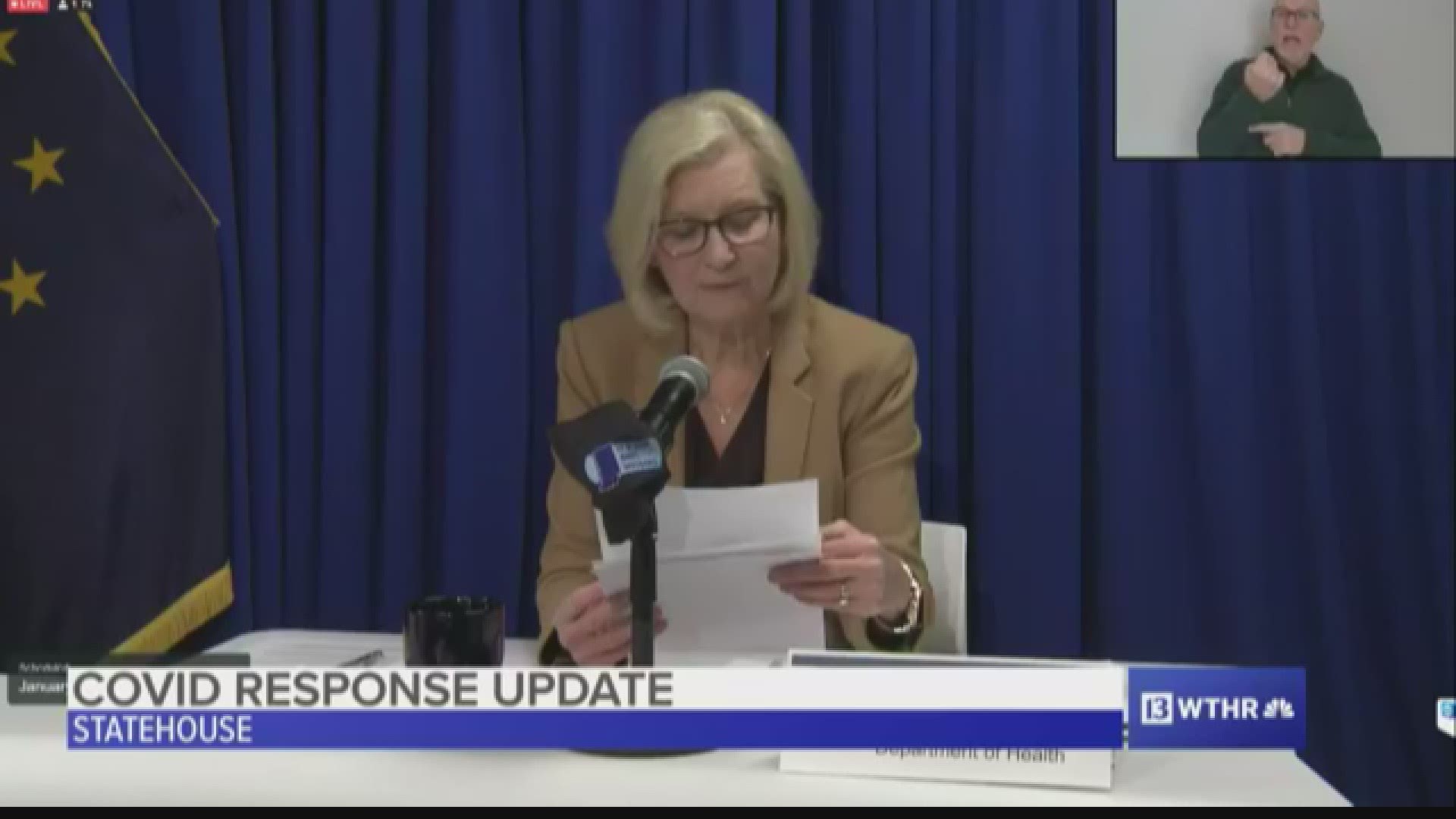 RELATED: Everything we know about the Pfizer and Moderna vaccines

The clinic at 116th Street and Brooks School Road will be able to provide vaccines for more than 1,600 patients each day.

People eligible to receive the vaccine will need to pre-schedule an appointment and be free of COVID-19 symptoms to get their shot.

There are another 375 probable deaths due to the virus.

Carnival Cruise Line has extended its cancellations of departures from the United States through the end of April, citing the ongoing health challenges posed by the coronavirus pandemic.

The company previously announced it hopes to take a gradual, phased approach to put ships back in service in 2021 but as COVID-19 cases spike, more upcoming sailings have been halted.

Carnival also announced Friday that the debut of its new Mardis Gras ship out of Port Canaveral has been pushed to May 29, 2021.

In addition to stopping all embarkations from U.S. ports up to and including March 31, Carnival is also canceling European itineraries for the Carnival Legend, which were scheduled from May through Oct. 31, 2021.

Worldwide, there have been more than 97.53 million confirmed cases with more than 2.09 million deaths and 53.77 million recoveries.

However, there is no evidence the shot played a role in any of the deaths.

“Each case involved a patient with significant underlying conditions that were actively affecting their health at the time they received the vaccine,” said Dr. Kristina Box, state health commissioner.

The #COVID19 vaccine is here.

Its safe and effective.

If you or someone you know qualifies, visit https://t.co/cfAuXPLaoM to sign up for an appointment. pic.twitter.com/SSMBmoVykb

The announcement follows information out of Europe where at least 23 people died in Norway after receiving a COVID-19 vaccination, according to CNN.

The country this week said there was no link between the vaccine and the deaths there. Of the patients who died, all were “people of advanced age, frail and have serious illnesses” the country’s health officials said.

The state said it will continue to request as many vaccinations as it can from the federal government. The state is receiving around 80,000 doses weekly. Mass vaccine sites are still not necessary as the supply of vaccine is still limited.

RELATED: Indiana waiting on federal supply before scheduling vaccinations for Hoosiers 65 and older

The state plans to expand access to the COVID-19 vaccine for Hoosiers 65 and older. The state did not give a timeframe for when that will happen. It did say that because of the limited supply of vaccine it receives, it does not know when it will be able to open up vaccines to those 60 and older.

People can register to get a vaccine by clicking here or calling 2-1-1.

Japanese government officials are vehemently expressing that the Tokyo Olympics will go forward. That's despite a new report that indicates the government has privately concluded the Summer Games will need to be canceled due to the winter surge of the coronavirus pandemic.

Even though Olympic and government officials are publicly saying the games are going to go on, they said the same thing this time last year right up until they postponed. And that was when the virus was just emerging. 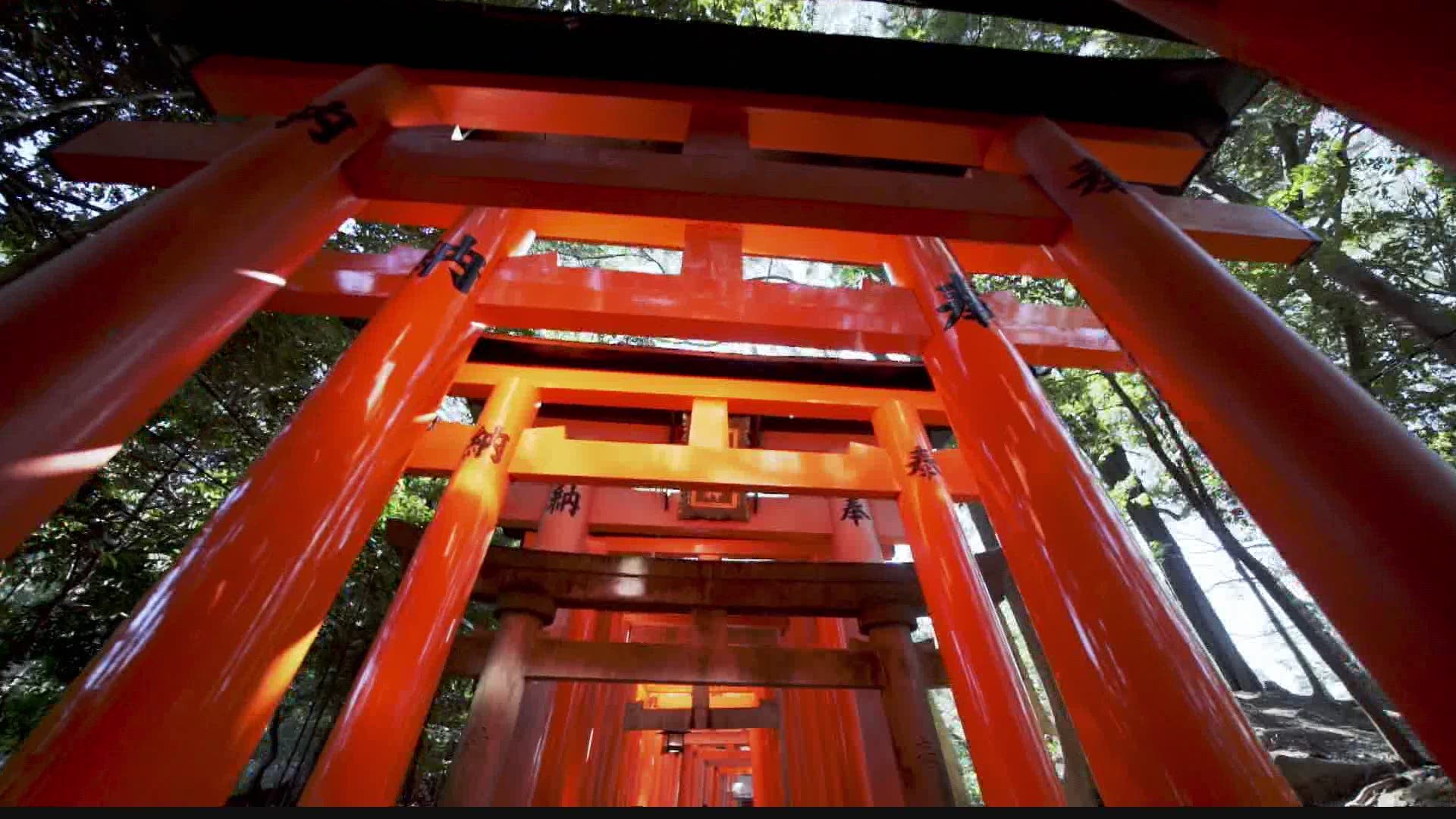 British newspaper The Times, citing a senior member of Japan's ruling coalition, reported Thursday that the government is trying to find a way to make an announcement in a manner that can save face -- possibly by bidding for the 2032 Games.

“No one wants to be the first to say so but the consensus is that it’s too difficult,” the source said, according to The Times. “Personally, I don’t think it’s going to happen.”

The source told The Times that the winter surge of the coronavirus was the tipping point. Tokyo and other areas across the country will be under a state of emergency until at least Feb. 7.

In a statement Friday, the local organizing committee did not address directly The Times story, but said the Olympics were going forward and had the support of Prime Minister Yoshihide Suga.

“All our delivery partners including the national government, the Tokyo Metropolitan Government, Tokyo 2020 Organizing Committee, the IOC and the IPC (International Paralympic Committee) are fully focused on hosting the games this summer,” the statement said.

“We hope that daily life can return to normal as soon as possible, and we will continue to make every effort to prepare for a safe and secure games.”

Credit: AP
A symbol installed for the Olympic and Paralympic Games Tokyo 2020 on a barge is moved away from its usual spot by tugboats off the Odaiba Marine Park in Tokyo Thursday, Aug. 6, 2020.

Managu Sakai, the deputy chief cabinet secretary and an ally of the prime minister, also shot down the story.

“There is no such fact and we clearly deny (the report),” he said.

Japan, with a population of 125 million, is averaging nearly 6,200 new cases per day since Jan. 6. Before that date, the single-day high had never crossed 5,000, according to Johns Hopkins University. Japan has had 4,872 deaths tied to the pandemic.