Haidyn Fowler will slowly lose her ability to speak, walk, and eat over the next few years. 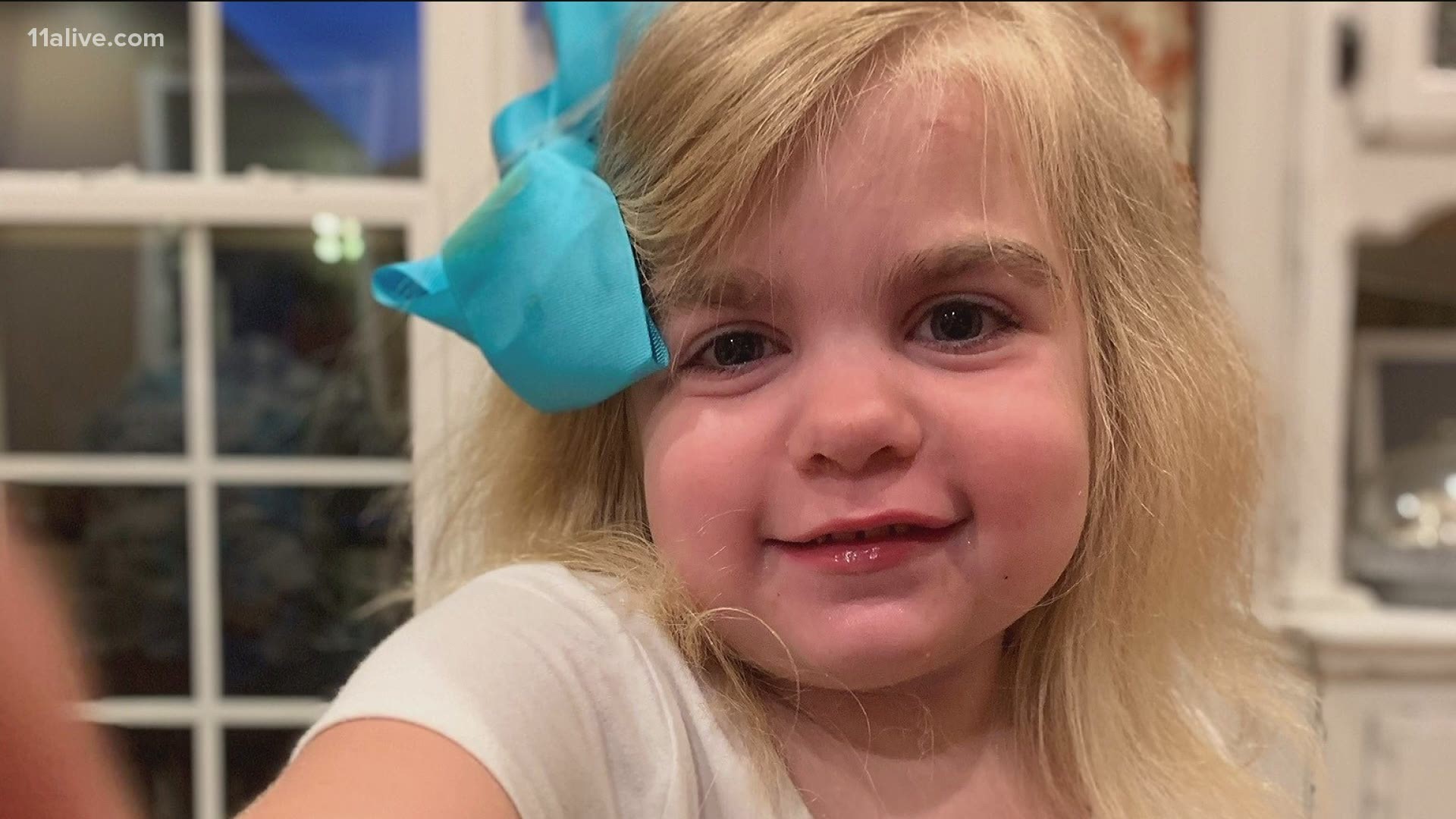 A family is learning to cope with a devastating diagnosis while they are stuck in quarantine.

After years of searching for answers, 5-year-old Haidyn Fowler's family is now trying to understand what they've found.  She was diagnosed with Sanfilippo Syndrome, a rare, aggressive, and deadly genetic disorder.

Although they know what they are dealing with now, the journey to discover it hasn't been easy. Her mom, Carrie Fowler, little Haidyn's personality still shines.

"She loves music. Even if she can't sing the words now," Carrie said.

Haidyn has always had a beautiful voice whether she's singing or laughing.

"She has always been hilarious. She has the best outburst and comebacks," she said.

But over the past few years, those comebacks slowed as Haidyn began losing her ability to speak.

"She says, mommy. She says, baby. And she's always been obsessed with babies, so I think that's a word she'll hold on to," she said.

RELATED: Doctor says these 4 sports are dangerous for kids to play during COVID-19

Carrie knew something was wrong by the time Haidyn was just a 1 year old, but when she was evaluated by the state, they told her Haidyn's delays weren't anything to worry about.

Over the next few years, Carrie took Haidyn to one doctor after the next, trying to figure out what was wrong.

She was given a diagnosis of severe autism, but that didn't seem right to Carrie either so she pushed for a consultation with a geneticist.

"I went home and googled the codes that were on the paperwork. I am a researcher and I don't like surprises," she said.

At the appointment in March, the doctor commented on Haidyn's thick eyebrows and hair -- telling her mom she had coarse facial features.

They ran blood work for a family of rare disorders that Carrie looked up online.

"I just knew. She looked like all the other kids with it. And that's' when I realized what she meant by coarse facial features," she said.

Haidyn's facial features, her speech regression, and sleeping problems all started to make sense, but it was the worst sort of sense imaginable.

That's when the  5-year-old was diagnosed with Sanfilippo Syndrome.

"To hear the words of her confirming that Haidyn has Alzheimer's or Dementia for children ... and then she proceeds to tell us that there's no cure, there are no treatments," she said.

It's known as the Alzheimer's for children because doctors say Haidyn will keep regressing losing her ability to talk, walk, and eat.

A typical lifespan for children diagnosed with Sanfilippo is between 12 to 20 years old.

Haidyn's parents couldn't accept there was nothing they could do so they started raising money for research to find a cure.

Even though she's terrified of heights, Carrie and her husband are set to skydive in a few weeks to raise awareness about the disease.

"I thought that facing my biggest fear seemed like a good thing to do because it seems so minuscule to my child being diagnosed with a disease that has no cure," she said.

She hopes the money they can raise will go toward finding a cure for Haidyn or at least making her life more comfortable.

"We just want Haidyn to know how much she's loved and not know anything different. And that's all she knows right now. She doesn't know that her life changed in March with a diagnosis, all she knows is that she's still Haidyn and her mommy and daddy and sister love her exactly the same," she said.

Carrie says the outpouring of love and support they've received since Haidyn's diagnosis has been amazing -- but they're still in quarantine because of COVID-19, so it's been really difficult to be alone.

People from across the nation discuss their roles in this 'historic' time amid worldwide Black Lives Matter, racial justice protests