The Marion County Public Health Department issued a violation for a Saturday gathering and is considering at least three more. 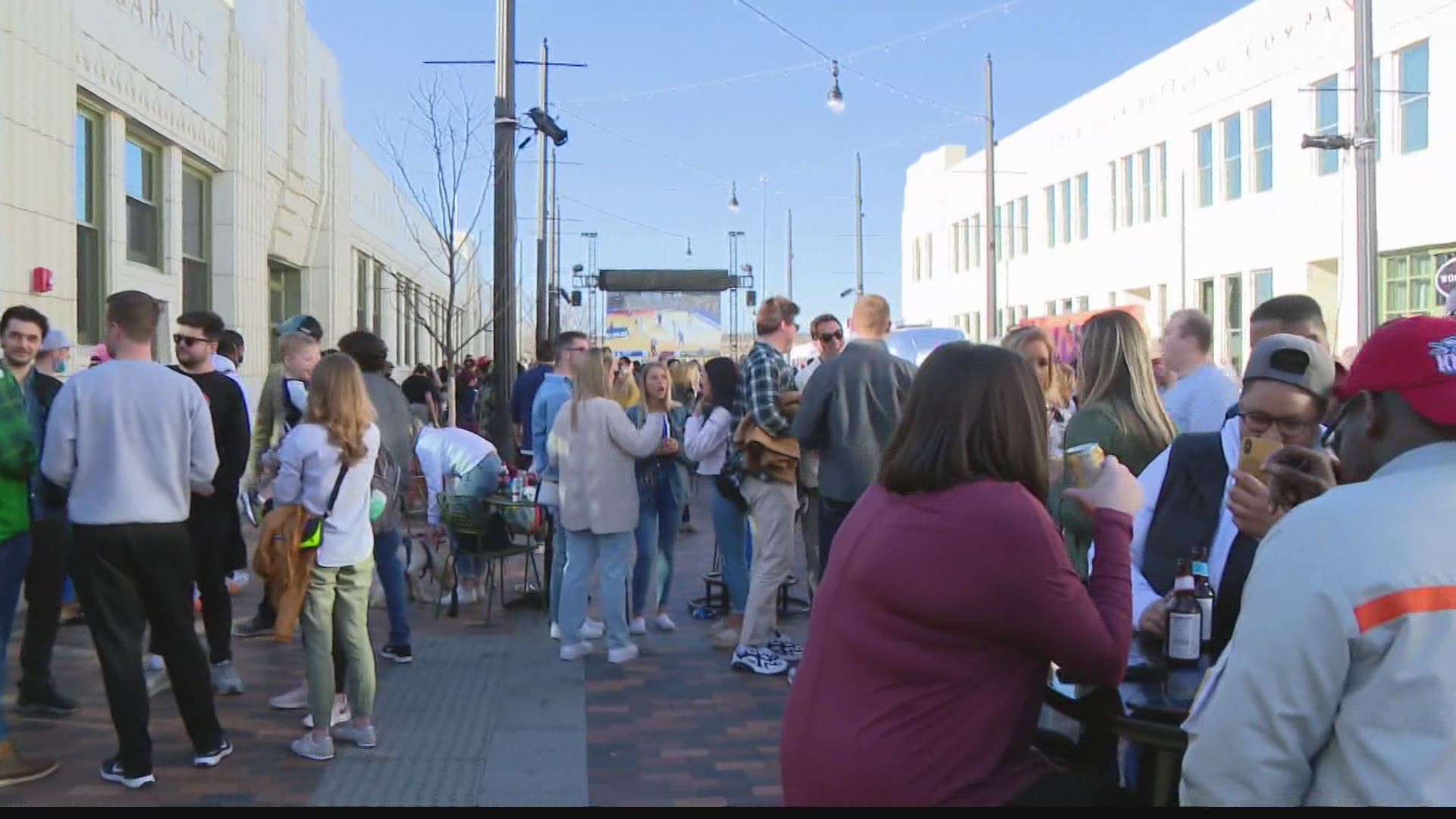 INDIANAPOLIS — There were big gatherings downtown and on Mass Ave during the first big weekend of March Madness, and apparent violations of safety rules have prompted a health department crackdown all across the city.

In video widely shared from Saturday night at the Bottleworks District, a large crowd of fans gathered to watch the tournament on two big screens outside.

"As soon as it got more crowded, we stepped away and let people kind of do their thing," said Austin Zehr, who was there Saturday afternoon.

Doing their thing for some fans meant not wearing masks and not distancing.

"It seemed to get more packed as the day went on," Zehr said. "People drank more and people felt less like they needed to wear their mask."

The Marion County Public Health Department issued a violation for Saturday's gathering as part of spot checks they did to make sure safety protocols were being followed.

"It definitely seemed like the next day, they understood better what they needed to do better to accommodate people wanting to feel safe," said Lindsey Stinson.

The health department is in the process of issuing three more violations but has not said where. So far, there hasn't been a significant uptick in complaints.

The health department is also adding more staff in and around downtown to make sure restaurants and bars are following the guidelines, such as wearing a mask — even outdoors when social distancing isn't possible.

"You still want to keep your distance. We've been doing it for a year, so you have all these — 6 feet apart, wash your hands, wear your mask — so you keep those in mind, I guess," said Catherine Hooley.

Those are simple measures the health department says can help prevent the virus from spreading, keeping in mind that the city's next big event — the Indianapolis 500 — is right around the corner.