Health clubs are hoping for a stronger 2021

Fitness clubs, like the Indianapolis Heatlhplex on the city's west side, took a big hit in 2020. 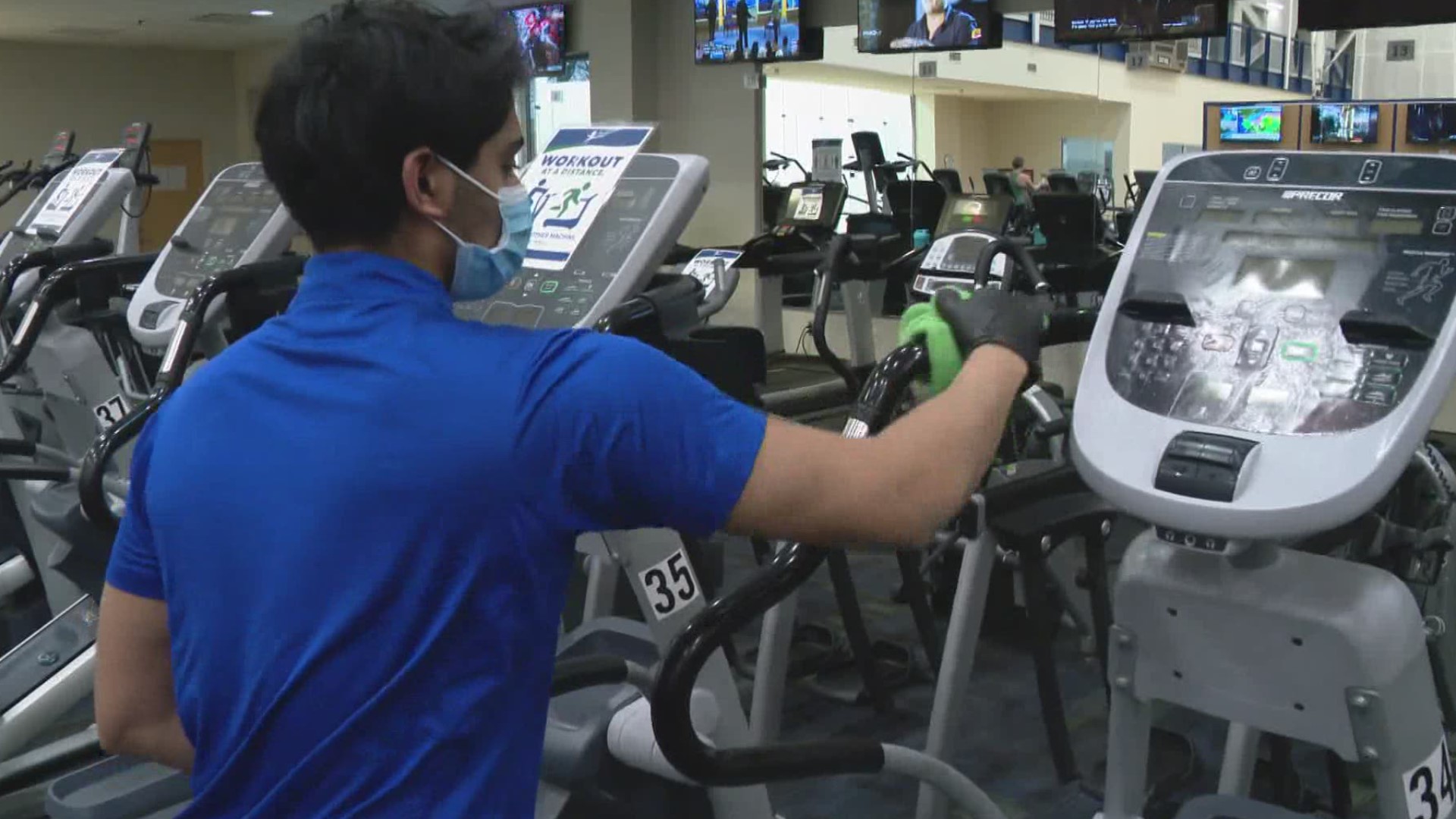 INDIANAPOLIS — New Year's Day is typically the busiest day of the year for health clubs, with exercising and getting back in shape being one of the top resolutions, but not this year. Not with the pandemic.

"We're all excited for the start of a New Year, especially this year," said Amanda Gripes who works out just about every day.

For many, 2020 ranked as the worst year in modern history, given the loss of lives and impact on families and businesses and so many other things.

Fitness clubs, like the Indianapolis Heatlhplex on the city's west side, took a big hit.

"I would say it was pretty much a disaster for health clubs. We have suffered financially. No members for three months and no revenue and we won't get it back," said Joan Servaas, owner.

COVID-19 restrictions shut down health clubs for three months in Marion County. Capacity is now at 25 percent, but at the sprawling 150,000-square-foot Healthplex, there's still plenty of room to stretch out.

"There are fewer people in classes, but that's okay the focus is more on those there," said Paula Rhodes.

Servaas said they've kept 80 percent of their members by freezing the dues of those not yet comfortable returning to the club.

"It's just getting them in here, showing them we're cleaning the equipment, keeping them safe and social distanced and the confidence keeps going up," said Michael Clemens, fitness director.

In fact, experts predict with the COVID-19 vaccine, health clubs will bounce back before this time next year.

Walter Thompson, past president of the American College of Sports Medicine, which is based in Indianapolis told NBC's Today, he sees a "huge rebound" for health clubs in the third quarter.

Thompson said after being isolated for more than a year, that "come the second quarter of 2021, I think most are going to want to have more of a social experience in gyms rather than the continued isolation at home."

Gripe said she gets it. For her, being at the club is like being with family.

"It's not just in classes or on the machines but with staff. You get to know them and there's a sense of accountability that keeps you coming back when you need a little bit of external motivation," she said.

How will gyms look post-COVID? Clemens predicts the hyper-focus on cleaning is here to stay.

"It will be a huge thing for staff and membership," he said. "It's just making sure we're watching and keeping people safe."

He also believes the online classes and training that began after clubs shut down will continue and perhaps some outdoor classes as well, after the weather warms up.

The hope is that most members will be back on track and back at the club well before year's end.