ATLANTA — There continues to be a ratcheting up of tension between Gov. Brian Kemp and Atlanta Mayor Keisha Lance Bottoms over their divide on the role of masks in the pandemic.

In the latest development, Kemp announced Thursday evening a lawsuit against the City of Atlanta over its mandate requiring masks in public spaces.

The lawsuit, filed by Kemp and Georgia Attorney General Chris Carr, names Mayor Bottoms and the members of the Atlanta City Council. No other cities were named in the lawsuit.

In a statement, a spokesperson for the governor's office said the lawsuit was "on behalf of Atlanta business owners and their hardworking employees who are struggling to survive during these difficult times."

"These men and women are doing their very best to put food on the table for their families while local elected officials shutter businesses and undermine economic growth," the statement from Kemp said.

"Just like sending in the Georgia National Guard to protect those living in our capital city from crime and violence, I refuse to sit back and watch as disastrous policies threaten the lives and livelihoods of our citizens," Kemp added. "We will fight to stop these reckless actions and put people over pandemic politics.” 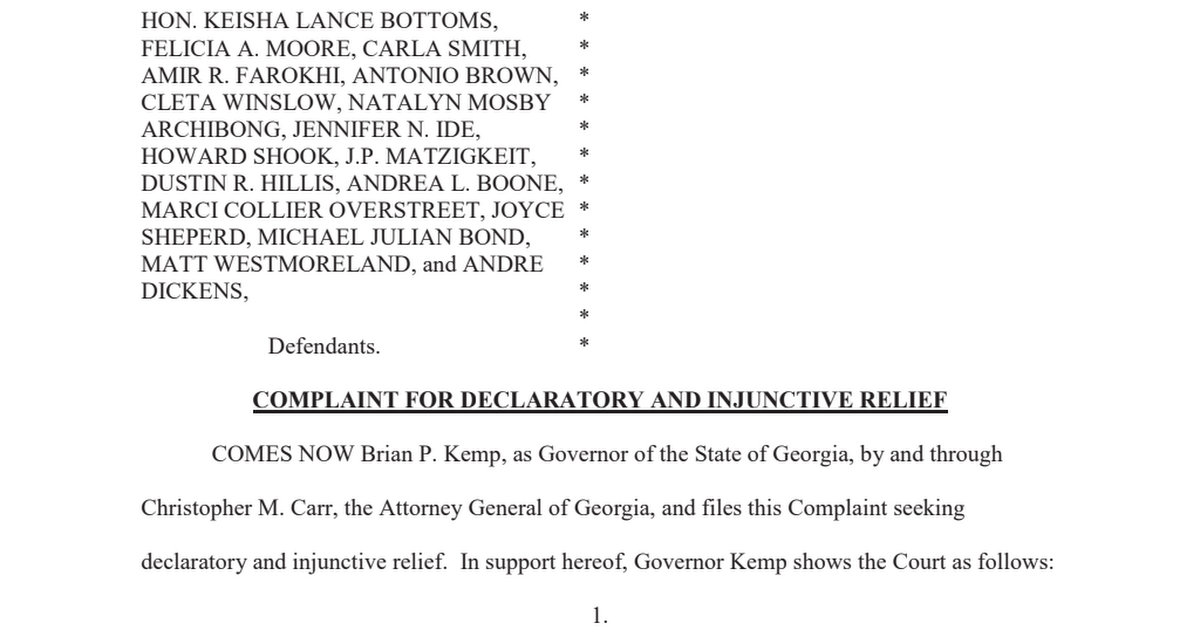 Kemp is opposed to issuing a statewide mask mandate, saying his office would only "strongly encourage" Georgians to wear one, even as the state's own data on the coronavirus pandemic shows exponential growth in the number of cases of the virus and hospitalizations on the rise.

Cities across the state - including Atlanta - broke with Kemp's stance on masks and moved to issue their own ordinances mandating them in public spaces. That prompted Kemp to explicitly suspend those mandates in a new executive order Wednesday night.

During a public address the next day, Bottoms rejected the governor's order and said that the mandate would stand, adding she is "not concerned" at all about a possible lawsuit.

"I believe that our city mask ordinance, and I believe those across the state, are defensible, and it is not just my posture but the posture of many mayors across this state that our policies are enforceable and they stand," she said.

11Alive has asked the governor's office if there are plans to sue other localities with mask ordinances. We have not gotten a response, yet, but will update this story if a statement is issued.

Meanwhile, Mayor Bottoms took to Twitter to hit back at the governor, writing:

"3104 Georgians have died and I and my family are amongst the 106k who have tested positive for COVID-19. Meanwhile, I have been sued by @GovKemp for a mask mandate. A better use of tax payer money would be to expand testing and contact tracing."

3104 Georgians have died and I and my family are amongst the 106k who have tested positive for COVID-19. Meanwhile, I have been sued by @GovKemp for a mask mandate. A better use of tax payer money would be to expand testing and contact tracing. #ATLStrong pic.twitter.com/z4hpTrCS1B