Lawmakers said they will continue working on legislation allowing for the lifting of the order, but that will not happen until January. 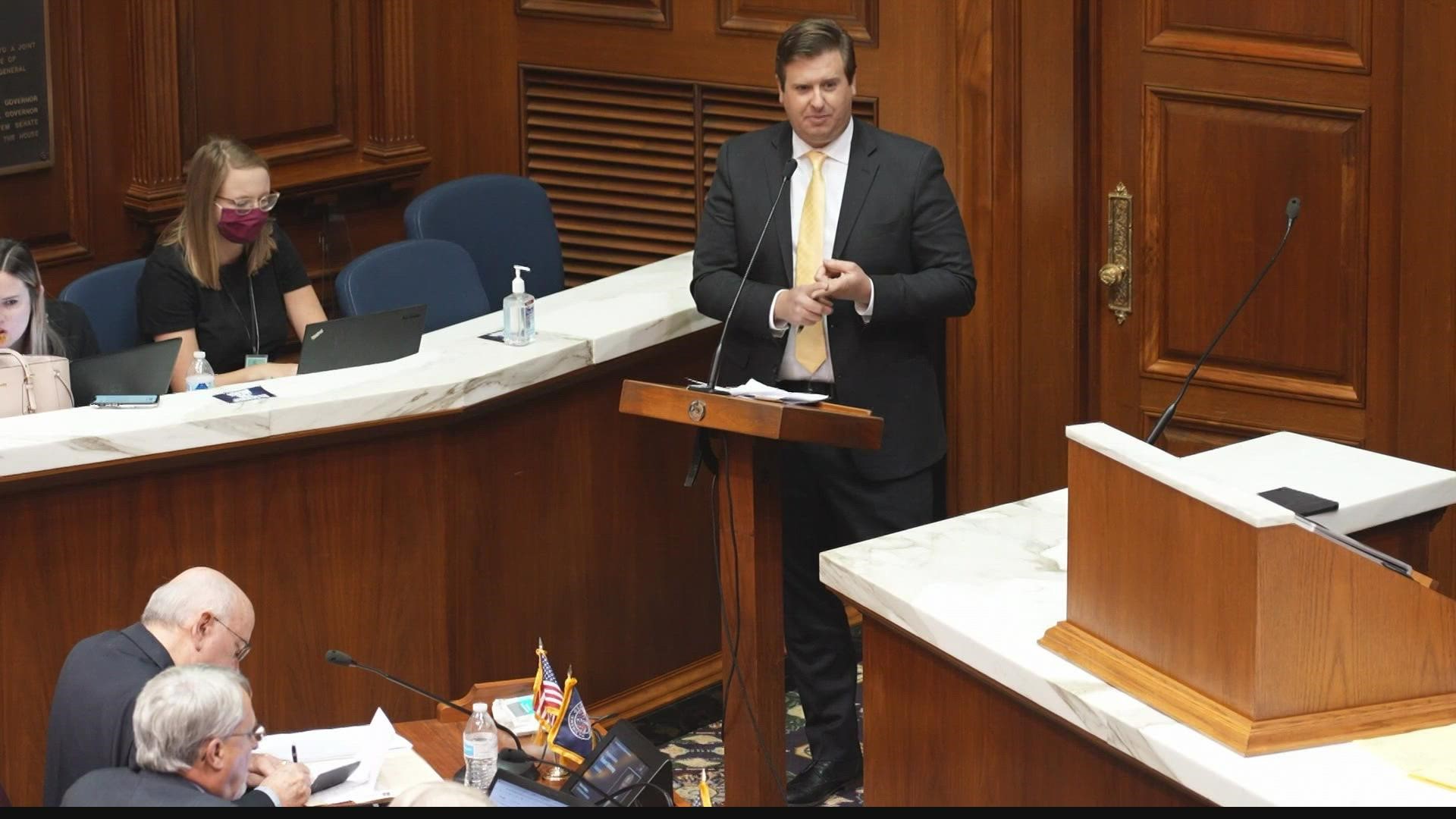 INDIANAPOLIS — NOTE: The above video is from a report on the public testimony on the proposal to lift the emergency order and allow employees easier access to vaccine mandate exemptions.

Gov. Eric Holcomb announced Wednesday that the statewide COVID-19 public health emergency order will extend into the new year. It had been set to expire on Dec. 1.

“Last week I made clear what would be necessary to responsibly allow the state public health emergency to expire. However, following the announcement that the General Assembly will not return on Monday, Nov. 29, I plan to extend the state public health emergency and the executive order next week for another 30 days to preserve the necessary provisions. I will continue to work closely with Speaker Huston and Senator Bray as we move into next legislative session.”

Holcomb had said that lawmakers would need to pass legislation to protect Hoosiers by allowing for the continuation of enhanced federal matching funds for Medicaid expenditures, the continuation of the enhanced benefit for those receiving federal food assistance and extend the ability to efficiently vaccinate 5- to 11-year-olds.

Lawmakers had created a draft proposal to cover those three items, but it would also force businesses to grant COVID-19 vaccination requirement exemptions without any questions and block similar immunization rules set by state universities. The issues were hotly debated during public testimony Nov. 23.

House Speaker Todd Huston (R-Fishers) released a statement saying the legislature would not return Monday, Nov. 29 to vote on the proposal. He said they would instead work on the issue through December and reconvene in January.

"Tuesday's passionate public testimony reinforced the concerns I've heard from constituents and business leaders over the federal mandates. While most Indiana companies are acting in good faith, it's unacceptable that some employers are blatantly disregarding well-established vaccine exemptions, and we'll address these issues through legislation. Over the next month, we'll continue to listen and talk with stakeholders about our policy proposals, and we'll file legislation in the near future. Hoosiers can rest assured that we'll hit the ground running come Jan. 4."

Senate President Pro Tempore Rodric Bray (R-Martinsville) released a statement saying claims made that employers are "denying without due consideration the legitimate medical or religious exemption requests" are concerning. He also said he was concerned about employees saying they were told noncompliance with vaccine mandates were being considered voluntary resignations rather than terminations.

"The ongoing complexities of the issues raised and the potential unintended consequences, the logistics of moving legislation to the floor during a time when the General Assembly is not typically in session, and the need for the public and members of the General Assembly to fully vet the legislation have led to the conclusion that the efforts to gather input and better solutions should continue until the legislature reconvenes in January. These matters will be taken up in earnest at the outset of the coming legislative session."

The exemption Republicans had proposed included: a medical reason authorized by a health professional (includes pregnancy or anticipated pregnancy), a written statement from an employee declining on sincerely held religious belief, and people who have recovered from COVID-19. The proposal said a business must allow employees to claim an exemption “without further inquiry.”

Businesses would have been allowed to require COVID-19 testing for employees, but only once a week and at no cost to employees.

In the public hearing Tuesday, numerous Indiana medical and business groups argued against the proposal.

"Our fundamental position is that businesses and employers are going to be best positioned to make these decisions for their workforce, for business continuity and to keep their customer base safe," said Taylor Hughes with the Indianapolis Chamber of Commerce.

“I am glad that the Republican caucuses listened to our call, and the calls of the business and healthcare communities, to give the important issue of COVID-19 vaccines the full vetting it deserves. This issue should be discussed and considered before our full Legislature, undergoing the proper legislative process, instead of unnecessarily being pushed through—which would hurt our businesses, workers, healthcare community and schools."