Doctors believe there might be something about the virus that is making certain people more prone to the rare condition. 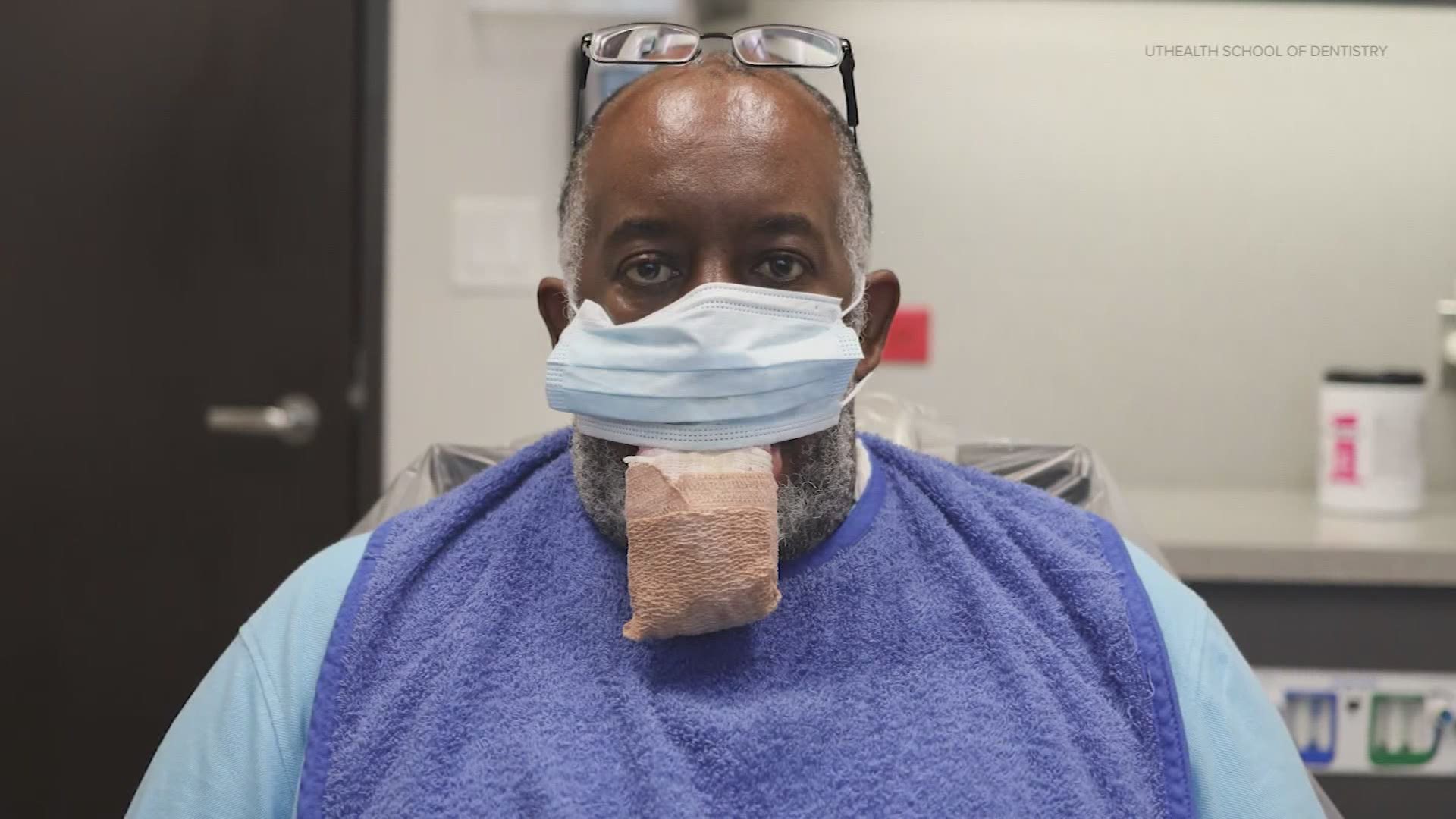 HOUSTON — Doctors in Houston are trying to figure out why a handful of people hospitalized with COVID-19 develop massively enlarged tongues.

The condition is called macroglossia. It makes it impossible for patients to eat and talk. Dr. James Melville with the UTHealth School of Dentistry has become a specialist in dealing with the condition. He has performed surgeries to help patients regain use of their tongues.

When KHOU 11 first reported on the condition last fall, Dr. Melville said there were only two documented cases in the United States. Since then, he has heard about seven more patients. Out of the nine cases, all had been intubated in a hospital. Eight out of the nine are Black. Two had suffered strokes and the other seven were hospitalized with COVID-19 prior to developing macroglossia.

Melville says the patients who had survived COVID-19 had inflammatory cells in their tongue tissue, which means there’s something about the virus that is making certain people more prone to the rare condition.

“I think it has a lot to do with where the virus is attaching itself and the body’s immune response to it,” said Dr. Melville.

He is now doing a study to figure out if there’s a common link in those patients’ genes. If doctors can answer that question, they hope they can also figure out how to prevent it.