The latest updates on the coronavirus pandemic from Tuesday, July 13, 2021. 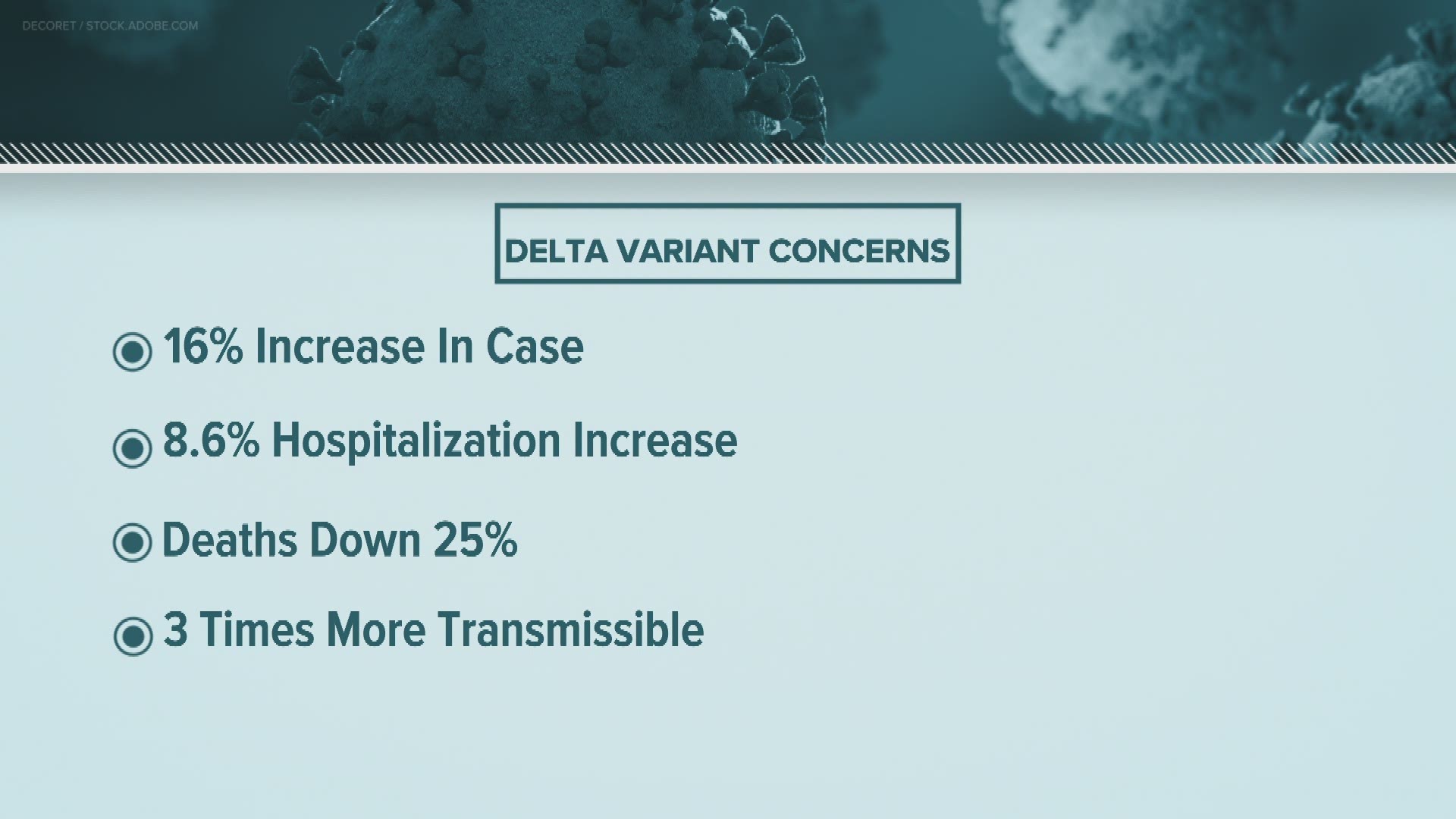 INDIANAPOLIS — Here are Tuesday's latest updates on the coronavirus pandemic, including the latest news on COVID-19 vaccinations and testing in Indiana.

The Indiana State Department of Health reported 4,065 more Hoosiers are fully vaccinated against COVID-19 as of Tuesday morning. The state has recorded 5,719,528 vaccine shots administered to Indiana residents, and 2,874,507 people are now considered fully vaccinated in the state.

ISDH also reported 572 more residents have tested positive for COVID-19. That brings to 758,479 the number of Indiana residents now known to have had the novel coronavirus.

Ten additional deaths were reported on Tuesday, bringing the total deaths from COVID-19 to 13,506.

Marion County health officials have announced four pop-up vaccination clinics that will be held in the next two weeks.

The Moderna and Johnson & Johnson vaccines will be available at the clinic at no cost to any resident 18 years of age or older. No appointment is necessary.

The clinics are being held as part of a partnership between the Marion County Health Department and the U.S. District Court for the Southern District of Indiana, Marion County Superior Court, the City of Indianapolis and Downtown Indy, Inc.

Vaccination clinics are scheduled to be held at Sheridan High School after health officials in Hamilton County noticed a sharp decline in the vaccination rate among more rural residents in the county.

There is no registration for the Sheridan clinic. Walk-ins are welcome and encouraged. The Pfizer vaccine will be administered, which requires two doses. The clinic will be open during the following dates and times:

Second doses will be scheduled at Sheridan High School the weeks of Aug. 3 and Aug. 10.

The Hamilton County Health Department will open a new vaccine clinic at Sheridan High School on Tuesday, July 13. The new clinic is designed to help boost the number of fully vaccinated residents in northern Hamilton County.

"When we break our vaccination numbers down by zip code, we see considerably fewer people getting vaccinated in the northern, more rural area of our county," said Chris Walker, emergency preparedness coordinator for the Hamilton County Health Department.

There is no registration for the Sheridan clinic. Walk-ins are welcome and encouraged. The Pfizer vaccine will be administered which requires two doses. The clinic will be open during the following dates and times:

Second doses will be scheduled at Sheridan High School for the weeks of Aug. 3 and Aug.10.

The announcement Monday said it's not entirely clear the shot caused the problem. The government said there have been reports of 100 people who got the shot developing an immune system disorder that can causes muscle weakness and occasionally paralysis.

The reports represent a tiny fraction of the nearly 13 million Americans who have received the one-dose vaccine. The announcement said the vaccines most used in the U.S., made by Pfizer and Moderna, show no risk of the disorder.

Worldwide, there have been more than 187.2 million confirmed coronavirus cases with more than 4.038 million deaths. More than 3.46 billion vaccine doses have been administered worldwide.

Nearly 1 million people in France made vaccine appointments in a single day, as the president cranked up pressure on everyone to get vaccinated to save summer vacation and the French economy.

An app that centralizes France’s vaccine and other medical appointments, Doctolib, announced Tuesday morning that 926,000 people had made appointments Monday, a daily record since the country rolled out coronavirus vaccines in December. People younger than 35 made up 65% of the new appointments.

Some 41 % of the French population has been fully vaccinated, though the pace of vaccination waned as summer vacations approached.

More than 111,000 people with the virus have died in France.

Iraqi medical officials say the death toll from a catastrophic hospital blaze in a southern city has risen to 58.

Two health officials said on Tuesday that more than 100 people were also injured in the fire that torched the coronavirus ward of al-Hussein Teaching Hospital in the city of Nasiriyah the previous day.

The officials say all those who died suffered severe burns. Earlier officials had said the fire was caused by an electric short circuit, but have not provided more details. Another official said the blaze erupted when an oxygen cylinder exploded. 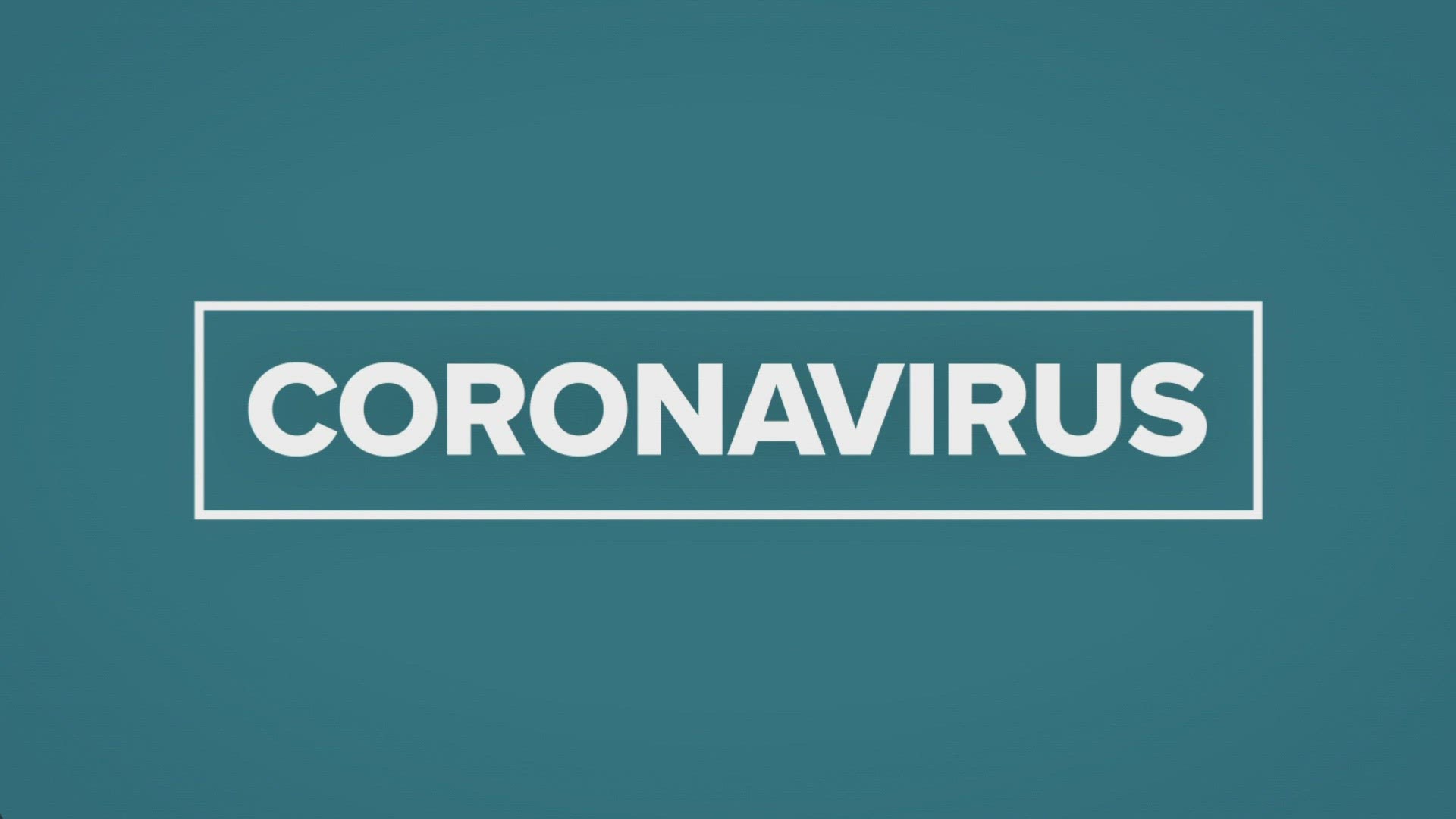